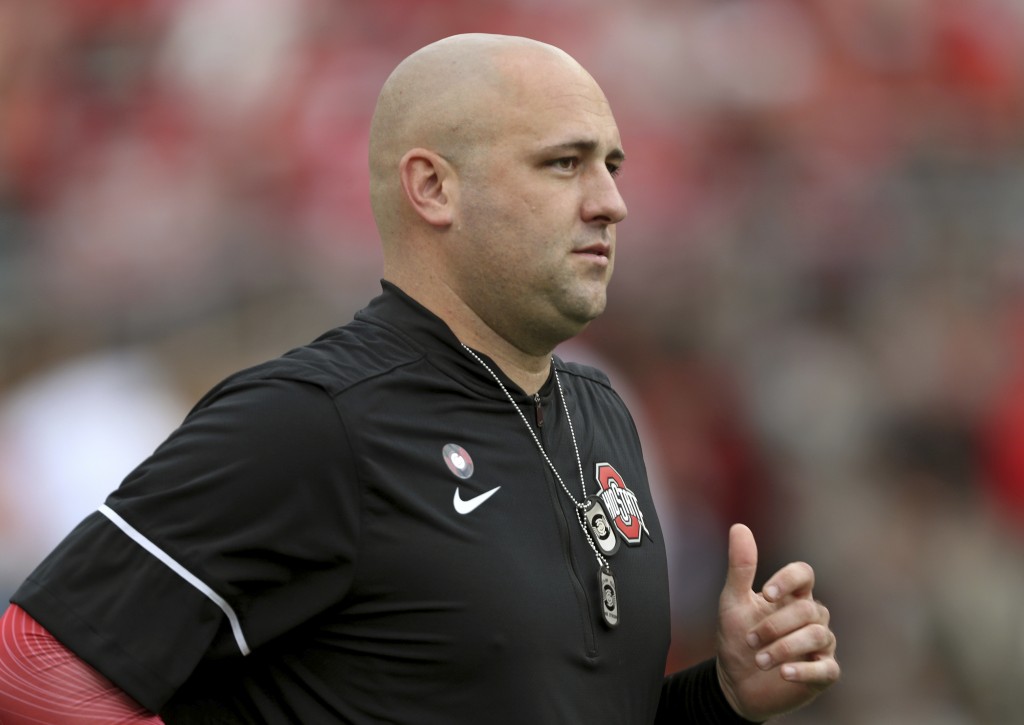 An attorney for Courtney Smith says Smith was interviewed Monday. Smith was accompanied by her lawyers and "welcomed the opportunity to speak to the investigators," according to an emailed statement from attorney Julia Leveridge.

Meyer is on paid leave until the investigation is finished, which is expected to take about a week.

Zach Smith has denied being abusive with his ex-wife and has never been charged. But a court granted his ex-wife a domestic protection order on July 20, which led to his firing by Ohio State.

Former Ohio State assistant coach Zach Smith, who was fired last month after a history of domestic violence allegations became public, was arrested for suspected drunken driving in 2013 but pleaded guilty to a lesser charge.

Documents obtained by The Blade in Toledo showed that Smith was stopped for speeding in Dublin, north of Columbus, in the early hours of Feb. 23, 2013. He was arrested after failing a field sobriety test and declining to take a blood-alcohol test.

In April 2013, Smith pleaded guilty to an amended charge of failure to control and paid a $375 fine.

It's not clear whether the misdemeanor was reported to the university. Smith's attorney declined to comment, and Ohio State didn't immediately respond to messages seeking comment.

Smith was fired on July 23. The university is investigating coach Urban Meyer's handling of the domestic abuse allegations against Smith. Smith has never been criminally charged.