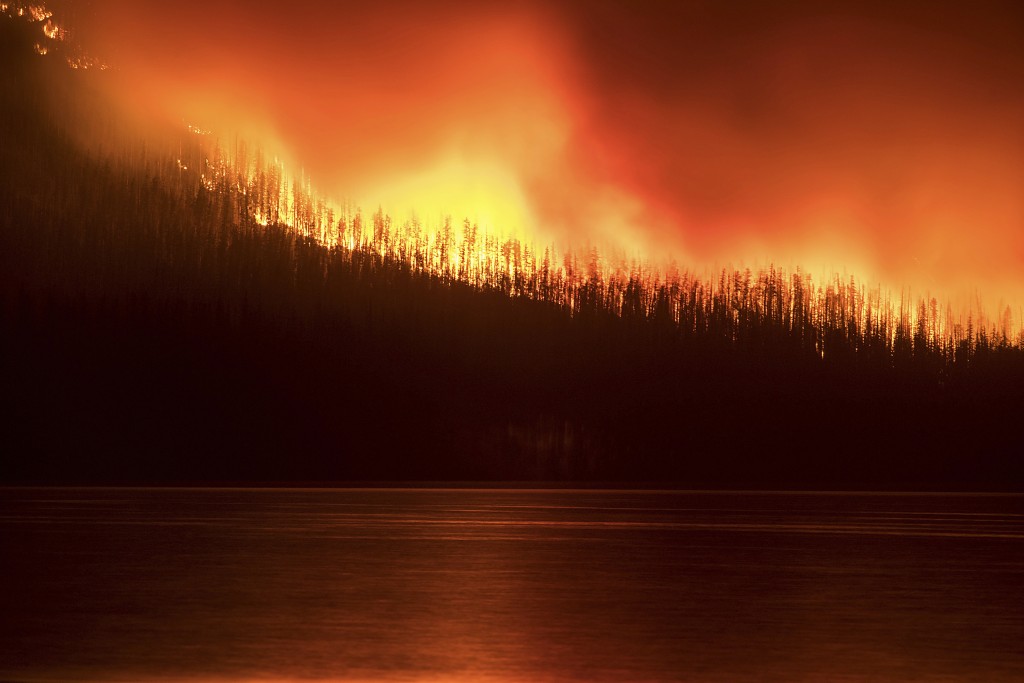 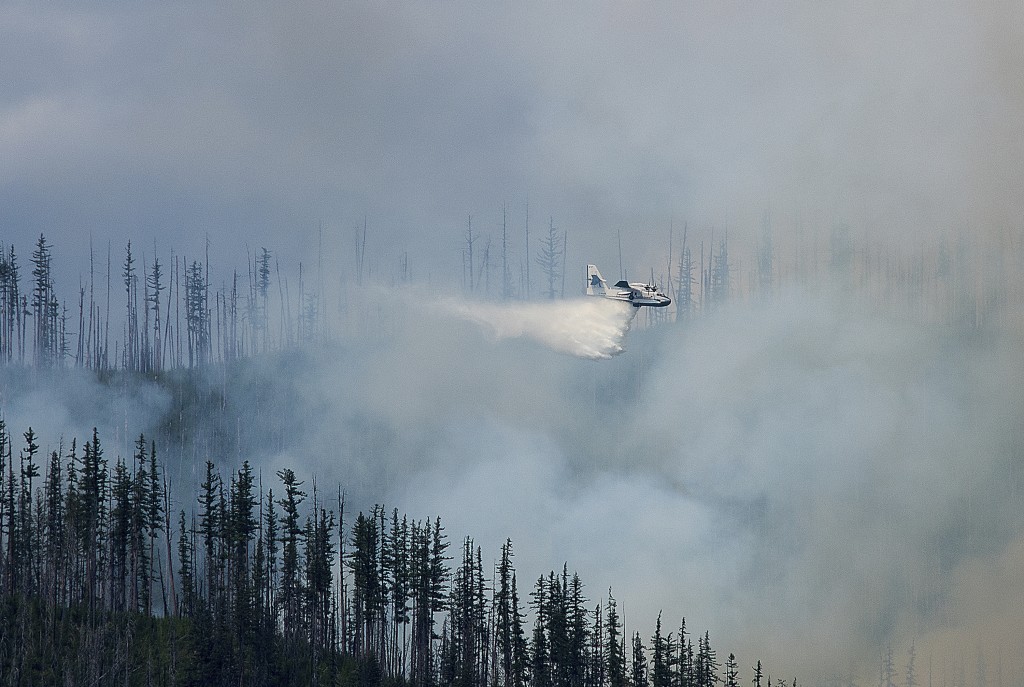 WEST GLACIER, Mont. (AP) — A wildfire forced evacuations in the most heavily-trafficked area of Glacier National Park on Monday and destroyed an unknown number of structures around Lake McDonald during the height of tourist season.

The National Park Service said the 25-site Sprague Creek campground was being evacuated, a day after the fast-moving fire forced the evacuation of 82 rooms at the historic Lake McDonald Lodge.

A second campground with 87 sites and some private residences also were evacuated, and a portion of the scenic Going-to-the-Sun-Road was closed to traffic.

Park officials said in a statement that structures on the north end of Lake McDonald were lost but did not provide details on the number and type. Officials had no estimate on the fire's size.

The fire was one of several started in the park by lightning on Saturday evening. Windy, dry conditions on Sunday caused the blaze to spread rapidly.

It's the second year in a row that wildfires prompted evacuations around Lake McDonald. A blaze in the area last year destroyed the Sperry Chalet, an iconic backcountry lodge built in 1914.

Taylor Creasey of Whitefish said she and a friend drove up to the lodge Sunday afternoon after they heard about the fire, the Missoulian newspaper reported . She posted a video on Facebook of huge plumes of smoke hanging over burning ridges around the lake.

"We didn't expect to see anything that crazy," Creasey said Monday. "It was so cold there, but at the same time really hot — you could feel the heat radiating across the lake. It was windy and cold and hot all at the same time."

Two planes from Canada were brought in to help battle the blaze, but officials said high winds prevented their pilots from flying close enough to the fire to be effective.