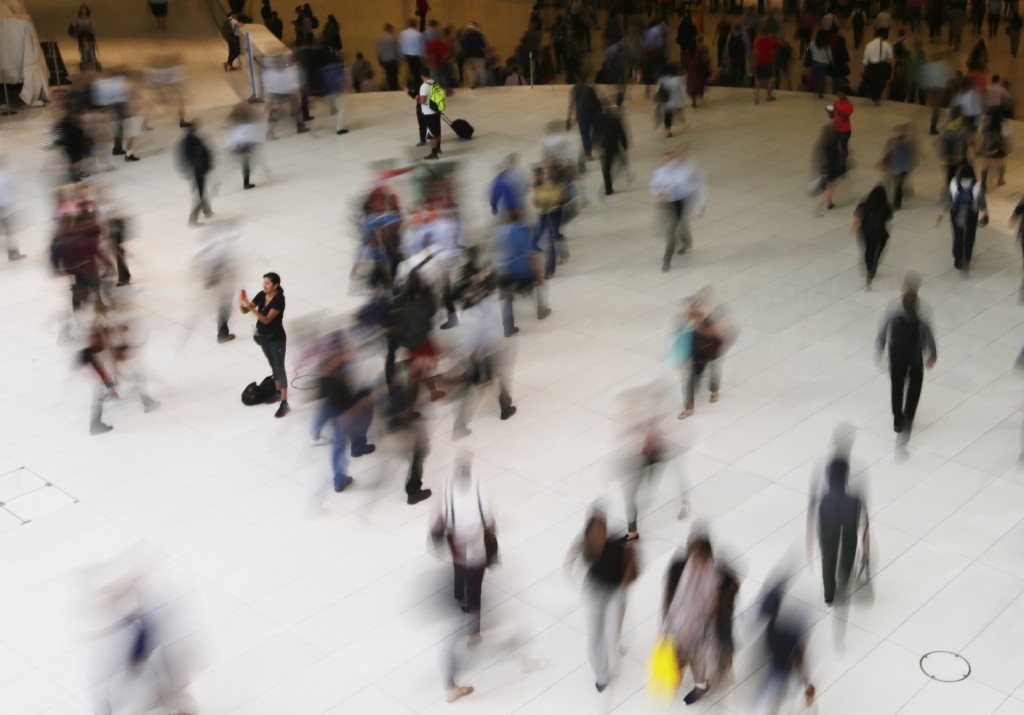 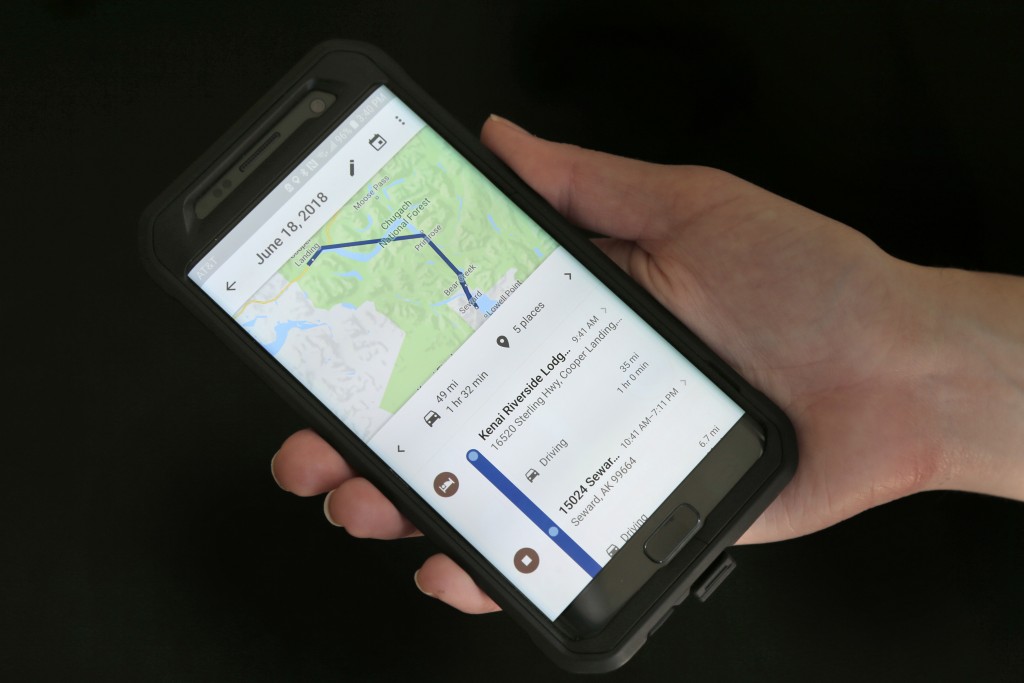 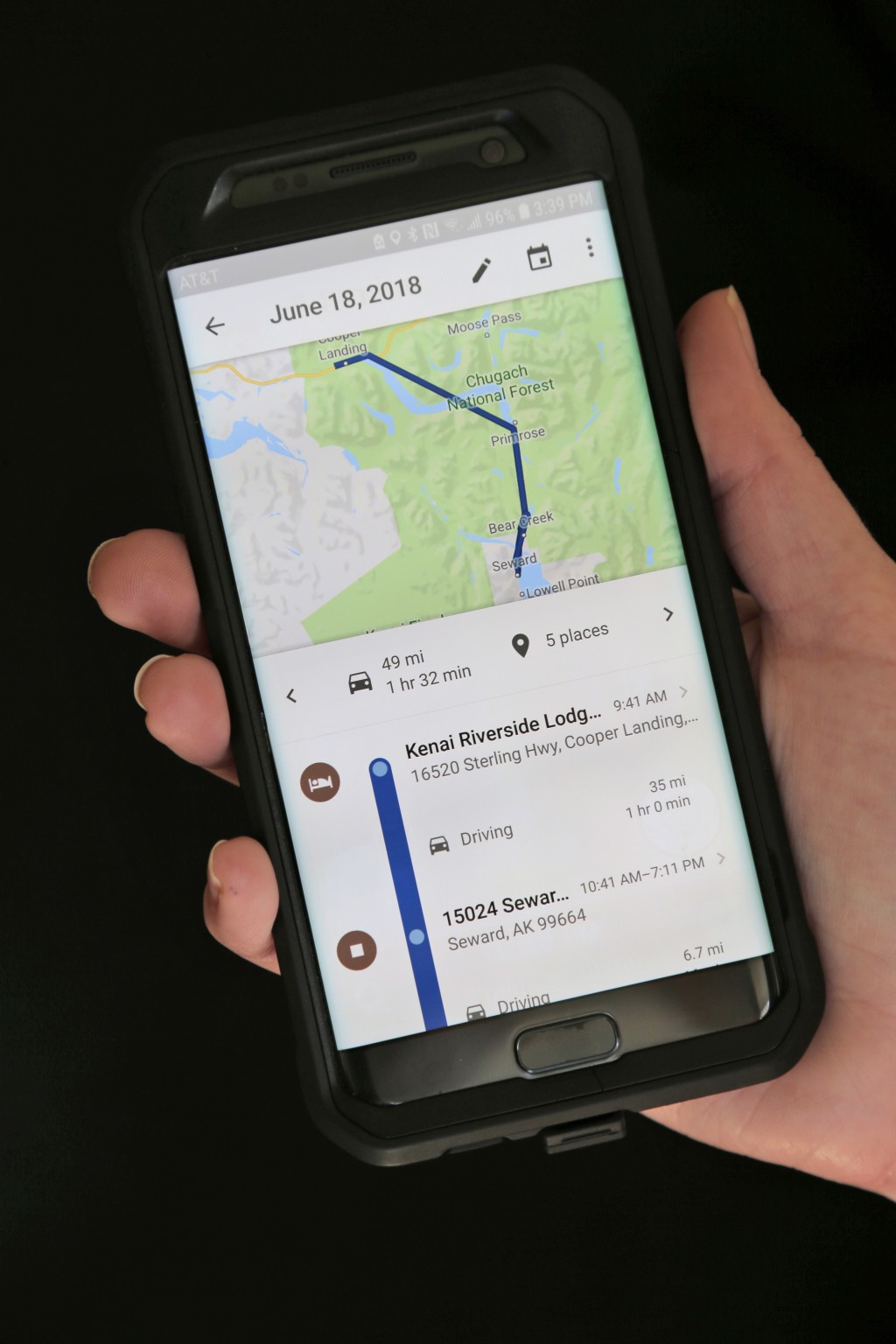 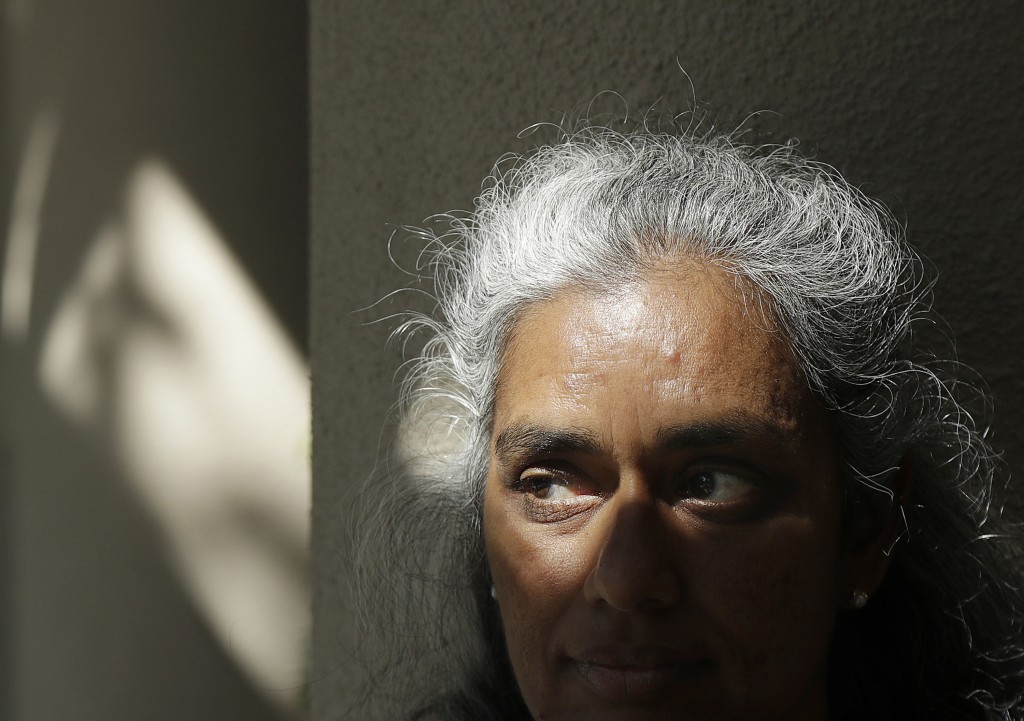 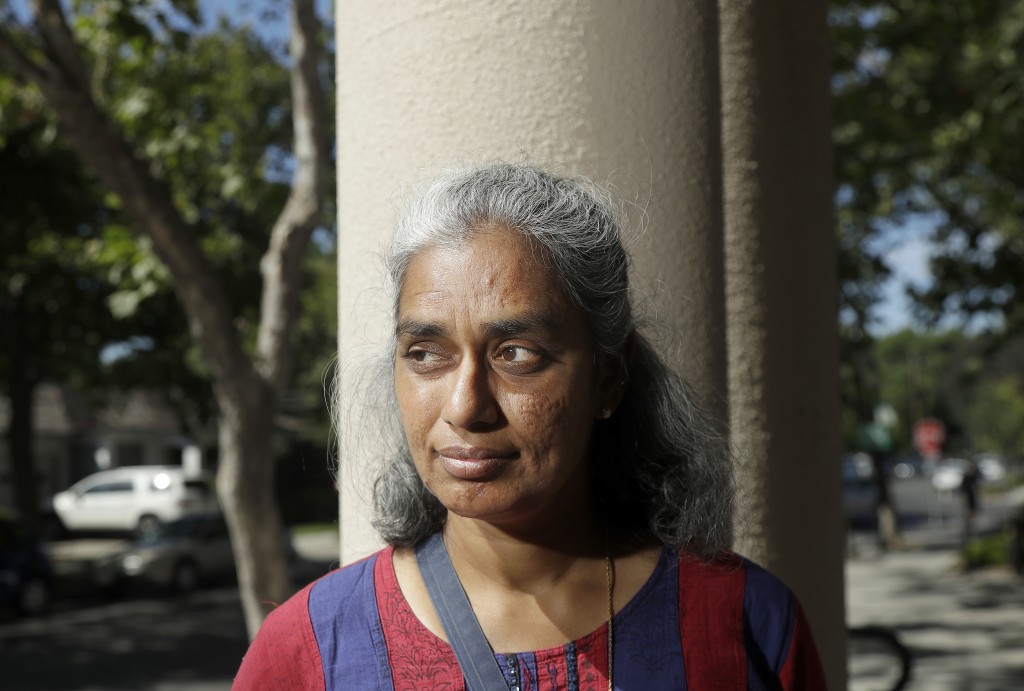 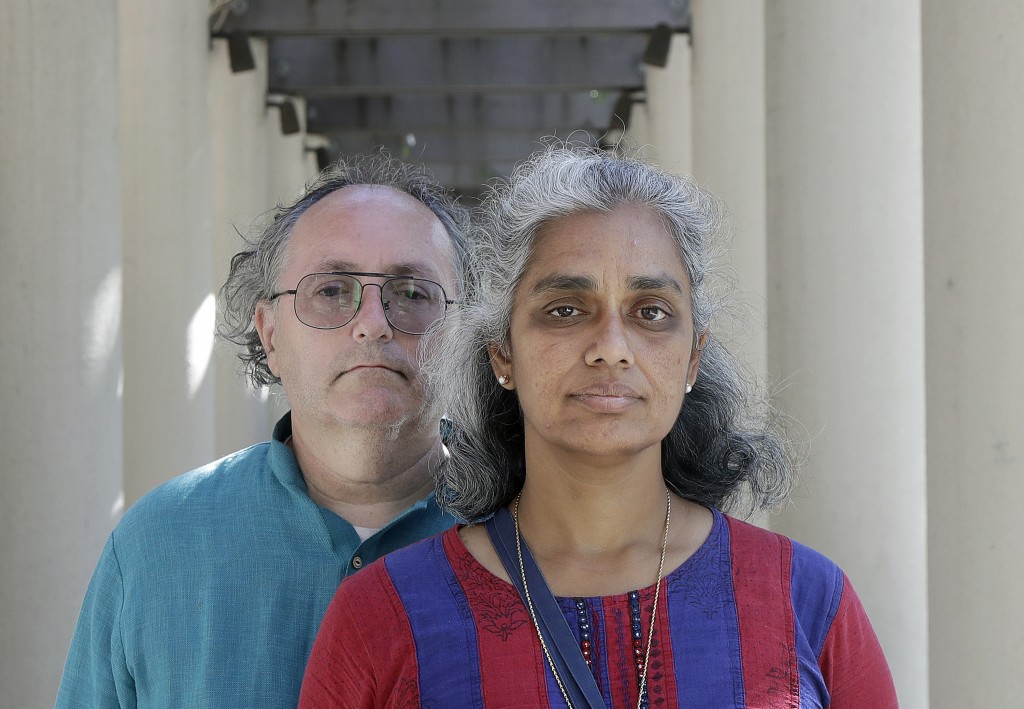 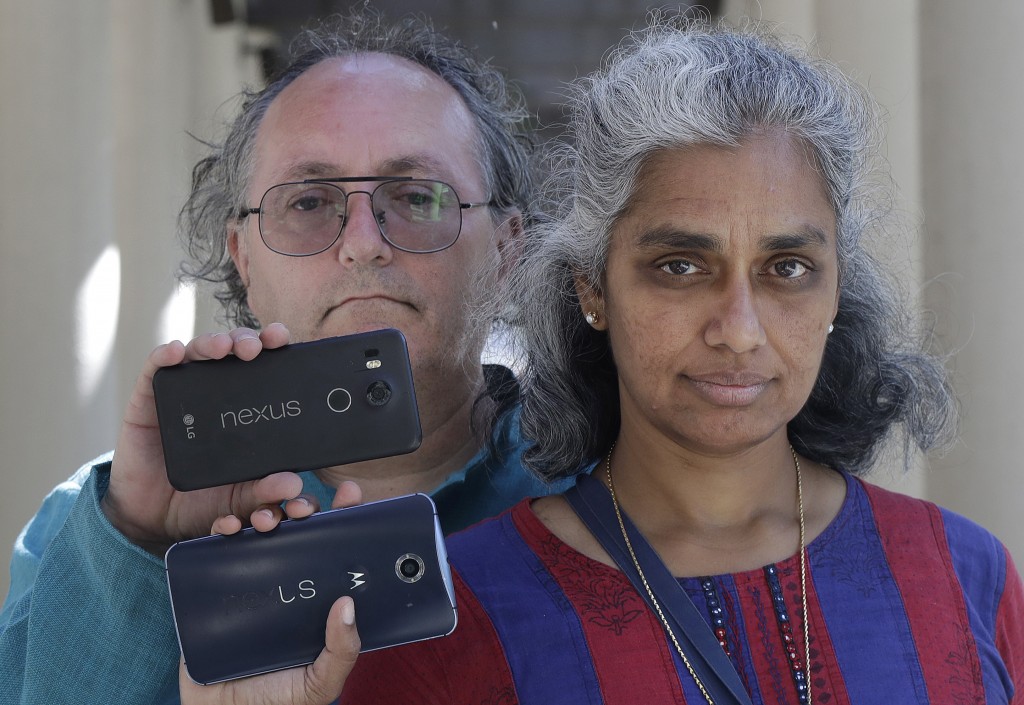 SAN FRANCISCO (AP) — Google wants to know where you go so badly that it records your movements even when you explicitly tell it not to.

An Associated Press investigation found that many Google services on Android devices and iPhones store your location data even if you've used a privacy setting that says it will prevent Google from doing so.

Computer-science researchers at Princeton confirmed these findings at the AP's request.

For the most part, Google is upfront about asking permission to use your location information. An app like Google Maps will remind you to allow access to location if you use it for navigating. If you agree to let it record your location over time, Google Maps will display that history for you in a "timeline" that maps out your daily movements.

Google says that prevents the company from remembering where you've been. Its support page states: "You can turn off Location History at any time. With Location History off, the places you go are no longer stored."

But this isn't true. Even with Location History paused, some Google apps automatically store time-stamped location data without asking. (It's possible, although laborious, to delete it .)

For example, Google stores a snapshot of where you are when you merely open its Maps app. Automatic daily weather updates on Android phones note your location. So can searches that have nothing to do with location.

The privacy issue affects some two billion users of devices that run Google's Android operating software and hundreds of millions of worldwide iPhone users who rely on Google for maps or search.

Storing location data in violation of a user's preferences is wrong, said Jonathan Mayer, a Princeton computer scientist and former chief technologist for the Federal Communications Commission's enforcement bureau. A researcher from Mayer's lab confirmed the AP's findings on multiple Android devices; the AP conducted its own tests on several iPhones and found the same behavior.

"If you're going to allow users to turn off something called 'Location History,' then all the places where you maintain location history should be turned off," Mayer said.

Google says it is being perfectly clear.

"There are a number of different ways that Google may use location to improve people's experience, including: Location History, Web and App Activity, and through device-level Location Services," Google said in a statement to the AP. "We provide clear descriptions of these tools, and robust controls so people can turn them on or off, and delete their histories at any time."

To stop Google from saving these location markers, the company says, users can turn off another setting, though it doesn't specifically reference location information. Called "Web and App Activity," that setting stores a variety of information from Google apps and websites to your Google account.

When paused, it will prevent activity on any device from being saved to your account. But leaving "Web & App Activity" on and turning "Location History" off only prevents Google from adding your movements to the "timeline," its visualization of your daily travels. It does not stop Google's collection of other location markers.

You can see these stored location markers on a page in your Google account at myactivity.google.com. It's possible, though laborious, to delete them.

To demonstrate how powerful these other markers can be, the AP created a visual map of the movements of Princeton postdoctoral researcher Gunes Acar, who carried an Android phone with Location history off and shared a record of his Google account.

Huge tech companies are under increasing scrutiny over their data practices, following a series of privacy scandals at Facebook and new data-privacy rules recently adopted by the European Union.

The AP learned of the issue from K. Shankari, a graduate researcher at UC Berkeley who studies the commuting patterns of volunteers in order to help urban planners. She noticed that her Android phone prompted her to rate a shopping trip to Kohl's, even though she had turned Location History off.

"I am not opposed to background location tracking in principle," she said. "It just really bothers me that it is not explicitly stated."

Google offers a more accurate description of how Location History works in a popup when you pause the setting on your Google account webpage . It notes that "some location data may be saved as part of your activity on other Google services, like Search and Maps."

There's another obscure notice if you turn off and re-activate the "Web & App Activity" setting. It notes that the setting "saves the things you do on Google sites, apps, and services ... and associated information, like location."

The warnings offered when you turn Location History off via Android and iPhone device settings are more difficult to interpret.

Since 2014, Google has let advertisers track the effectiveness of online ads at driving foot traffic , a feature that Google has said relies on user location histories.