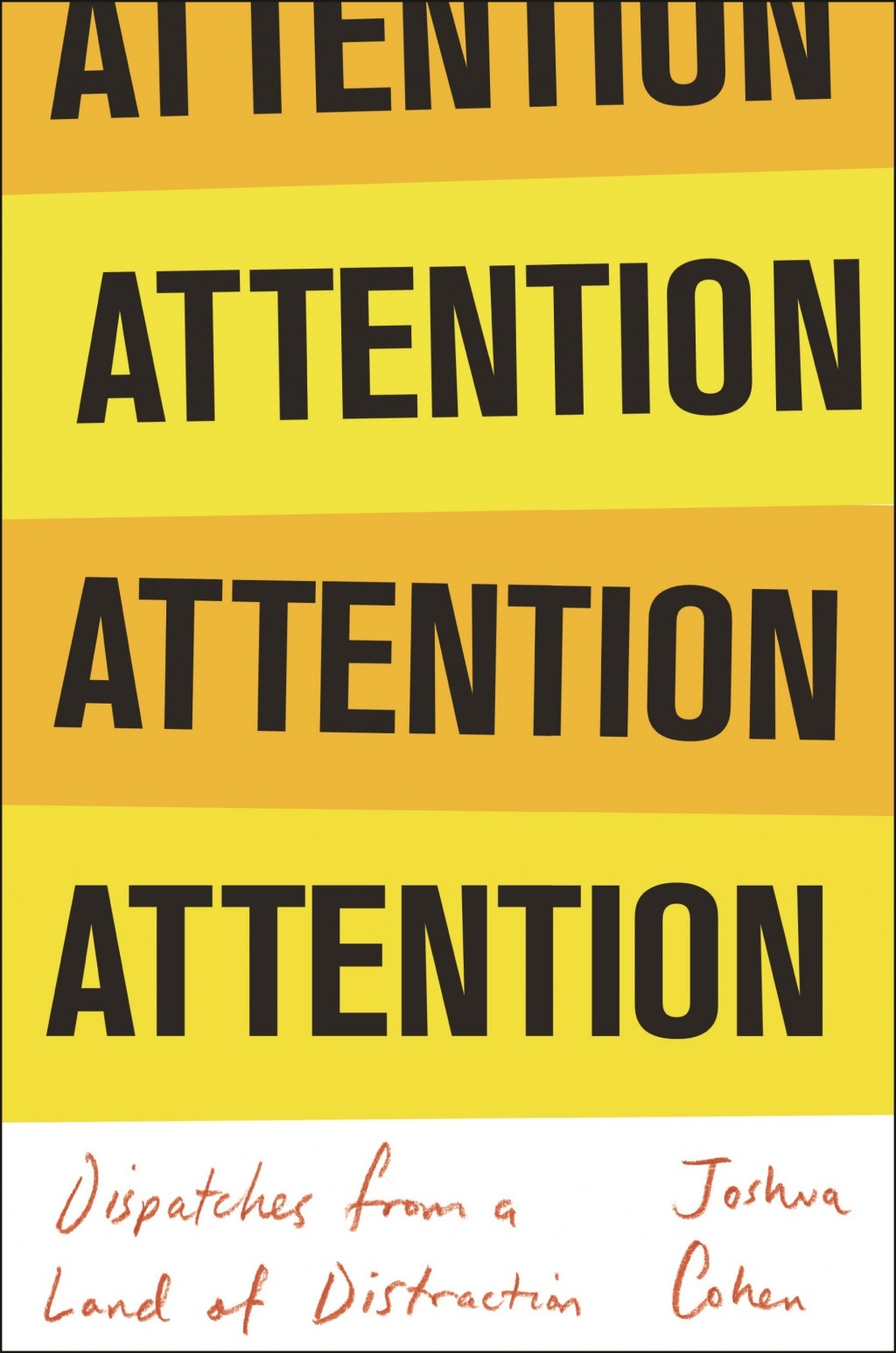 "Attention: Dispatches from a Land of Distraction" (Random House), by Joshua Cohen

If curiosity is a writer's greatest innate gift, Joshua Cohen may be America's greatest living writer.

Or maybe just the most focused.

His first collection of non-fiction, emblazoned with the word "Attention" four times in bold font like crime scene tape on the cover, is dazzling in its scope, but, oh the irony, it's also very hard to get through.

There are 46 pieces here, about everything from the Ringling Bros. circus to Bernie Sanders. And those are just a couple recognizable topics. Throw in deep dives about Czech writer Bohumil Hrabal, 1936 German Olympian Helene Mayer, and 29 pages about the author's journey to Azerbaijan in search of wisdom from the "Mountain Jews" living in the Caucasus mountains, and what you have is a hodgepodge of writing that makes your head spin.

Digested in very small doses — an essay per night before bed, say, or a short one on the john — it will still take you weeks to reach the end of this book. And when you get there, you'll probably have forgotten how Hrabal redeemed Socialist Realism.

Still, writing like this does deserve some praise. Cohen truly commits to his subjects, dropping knowledge and literary criticism all over the place. On Peruvian novelist Mario Vargas Llosa's juxtaposition of natives and conquerors: "He has always believed that one tradition can, and does, reinforce the other, but it seems that his belief gutters out when the indigenous becomes the popular."

The whole book is like that, filled with topics that will be foreign to most readers, forcing them to really engage if they want to comprehend any of it. Despite the author's disdain for our modern society of distraction, it also helps to have Google close at hand.

Some context before each piece may have helped. When and why did Cohen write this? Was it published somewhere or scribbled in a journal? The best bits, for this reviewer, are the "From the Diaries" pages between pieces. Here's one of my favorites, titled "WHY I'VE NEVER HAD SEX IN HUNGARY: Mom calls me in Budapest: 'Bring me back that paprika paste. the kind in the squeeze tube. Aren't all the women beautiful?. Don't they all look like me?'"

If you enjoyed Cohen's singular novel "Book of Numbers," you'll find essays here to love, too. You'll just have to work at it.