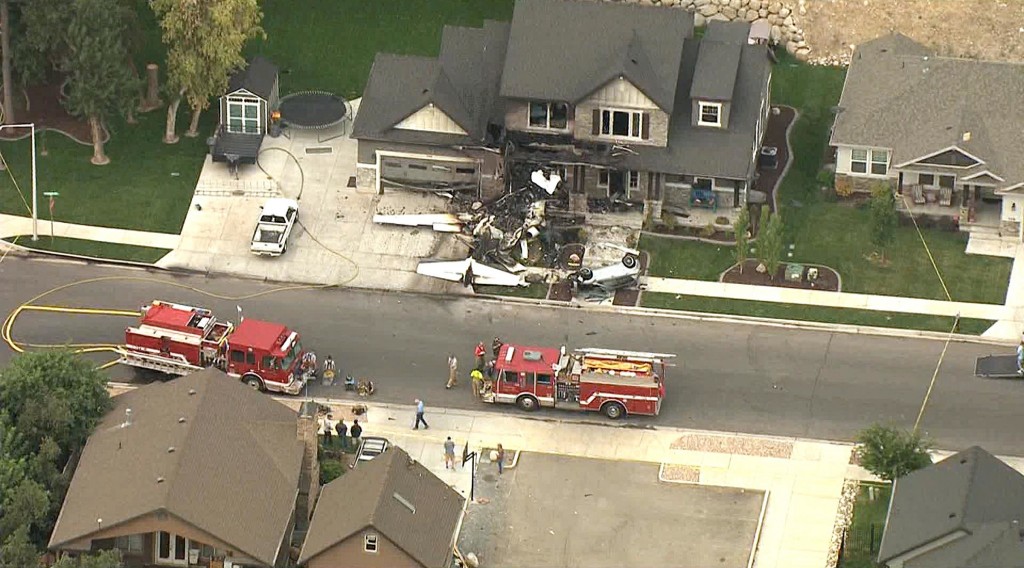 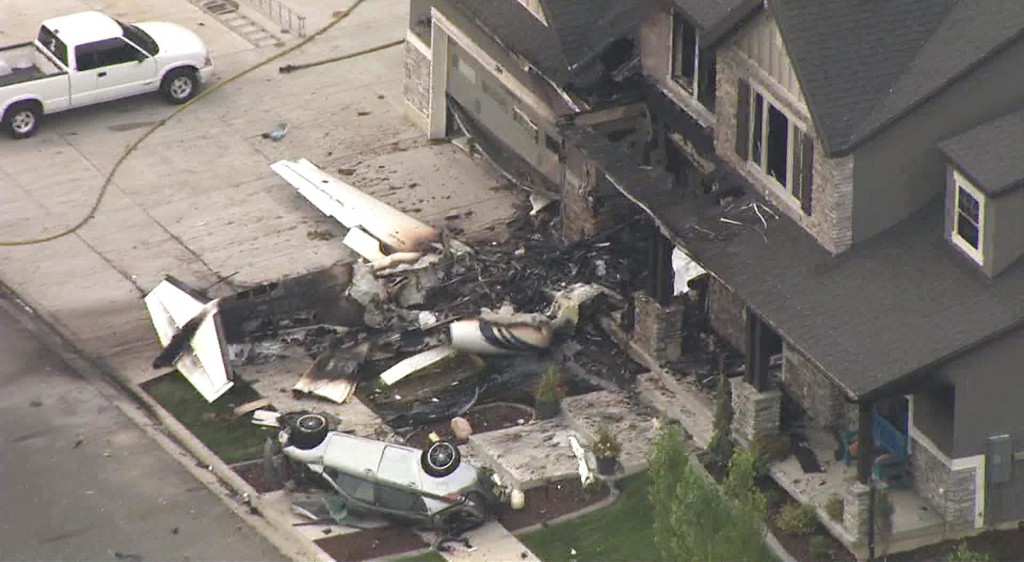 PAYSON, Utah (AP) — The Latest on a small plane that crashed into a Utah home (all times local):

Authorities say a man killed after crashing a small plane into a Utah house appears to have intentionally flown into his own home just hours after being arrested on suspicion of assaulting his wife.

Police in the city of Payson, south of Salt Lake City, say Duane Youd's wife was in the home when the plane hit early Monday but survived.

Sgt. Noemi Sandoval says Youd was arrested Sunday night after witnesses reported seeing him assault his wife in a canyon where they had been drinking. Youd posted bail.

Sandoval says Youd flew a plane that investigators believe belongs to his employer directly into the house about 2:30 a.m. Monday.

The front of the house was engulfed in flames, but his wife and a child got out. Sandoval says it's unknown if the child is related to Youd.

A small plane has crashed into a house near the mouth of Utah's Payson Canyon, and the pilot was killed, according to media reports.

The two occupants of the home reportedly were unhurt. The Utah County Sheriff's Office confirmed to Fox that the pilot died.

No further details were immediately available.