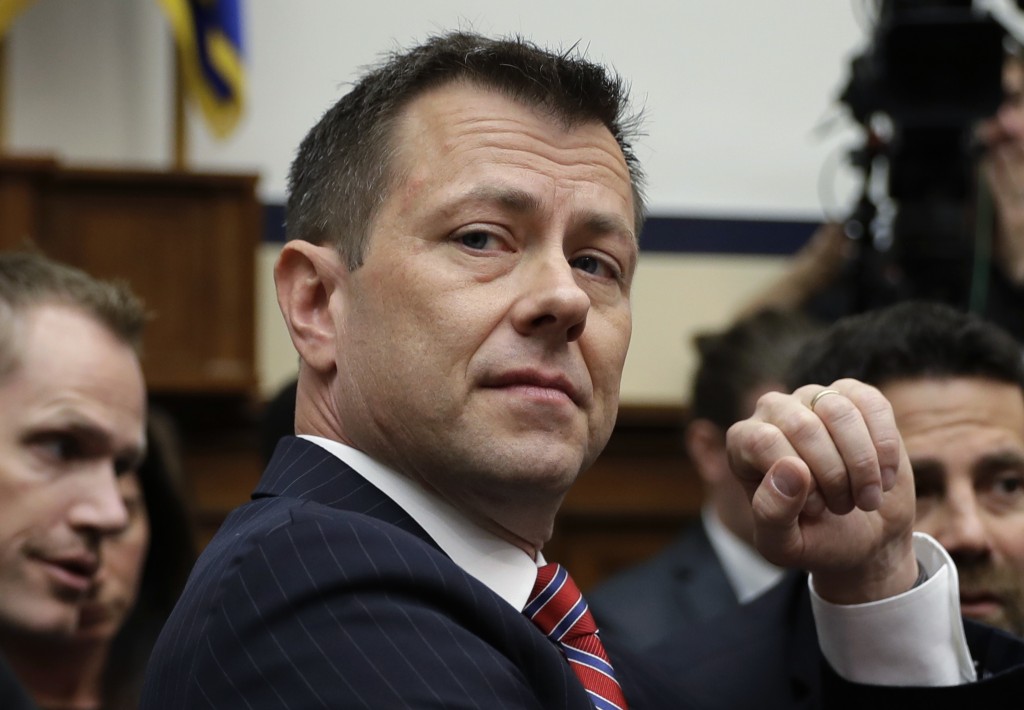 WASHINGTON (AP) — The Latest on the firing of longtime FBI agent Peter Strzok (all times local):

President Donald Trump is questioning whether special counsel Robert Mueller's investigation into Russian election interference and Trump's presidential campaign will be dropped now that the FBI has fired one of Mueller's former investigators.

Former agent Peter Strzok's lawyer said Monday that he had been fired from the agency over texts from that were critical of Trump. Mueller removed Strzok from his team immediately last year once the texts were discovered.

Trump has repeatedly been critical of Mueller and Strzok on Twitter in attempts to discredit the investigation. There is no indication that the probe will be dropped.

The president tweeted that "the list of bad players in the FBI & DOJ gets longer & longer," adding that the investigation is a "total hoax."

The FBI has fired a longtime agent who once worked on special counsel Robert Mueller's Russia investigation after he sent text messages criticizing President Donald Trump to a colleague.

Former agent Peter Strzok (struhk) was removed from Mueller's team a year ago after the text messages were discovered. The FBI had been reviewing his employment. Strzok's lawyer said he was fired late Friday by FBI Deputy Director David Bowdich.

The lawyer, Aitan Goelman, criticized the firing in a statement Monday, saying he was fired because of political pressure and "to punish Special Agent Strzok for political speech protected by the First Amendment." He said the firing "should be deeply troubling to all Americans."