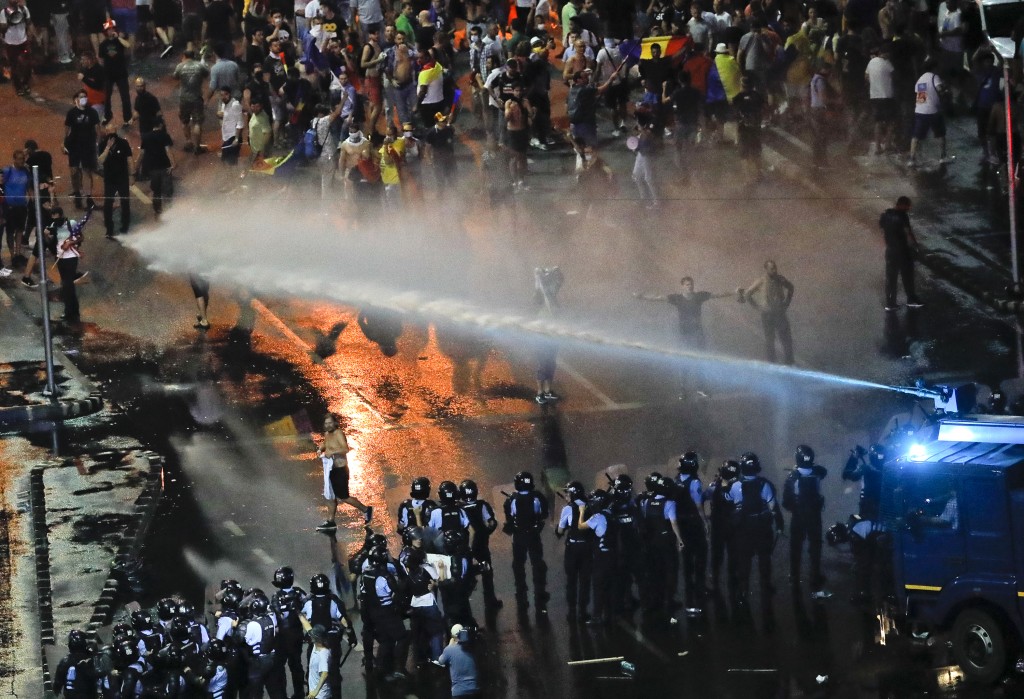 BUCHAREST, Romania (AP) — Israel's embassy has protested to the Romanian government over an incident where four Israeli tourists were allegedly dragged out of a taxi and beaten by riot police during a violent anti-corruption protest.

The embassy Monday described the Aug. 10 incident as "inacceptable and extremely serious."

It said the tourists were returning to their hotel in the Romanian capital Bucharest when police stopped them.

"They were dragged out of the car even though they showed their passports and explained they had nothing," to do with the protest. It said the men would file a criminal complaint.

Police did not immediately react to the statement.

Over 500 people received medical treatment after police fired tear gas and water cannons to break up the protest. Some people lobbed rocks and bottles at police.