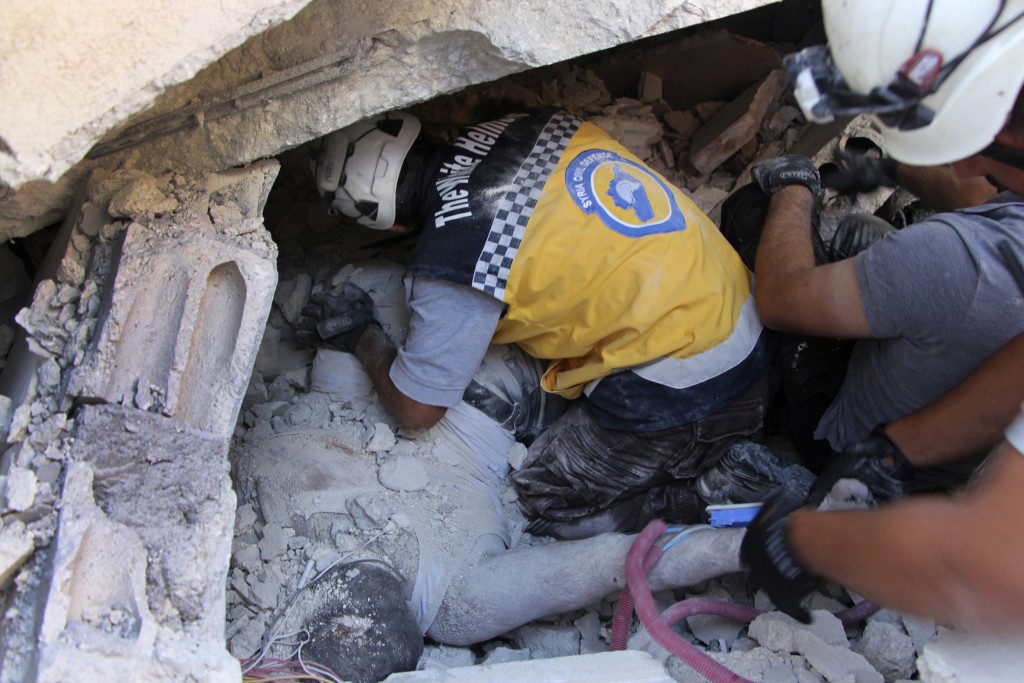 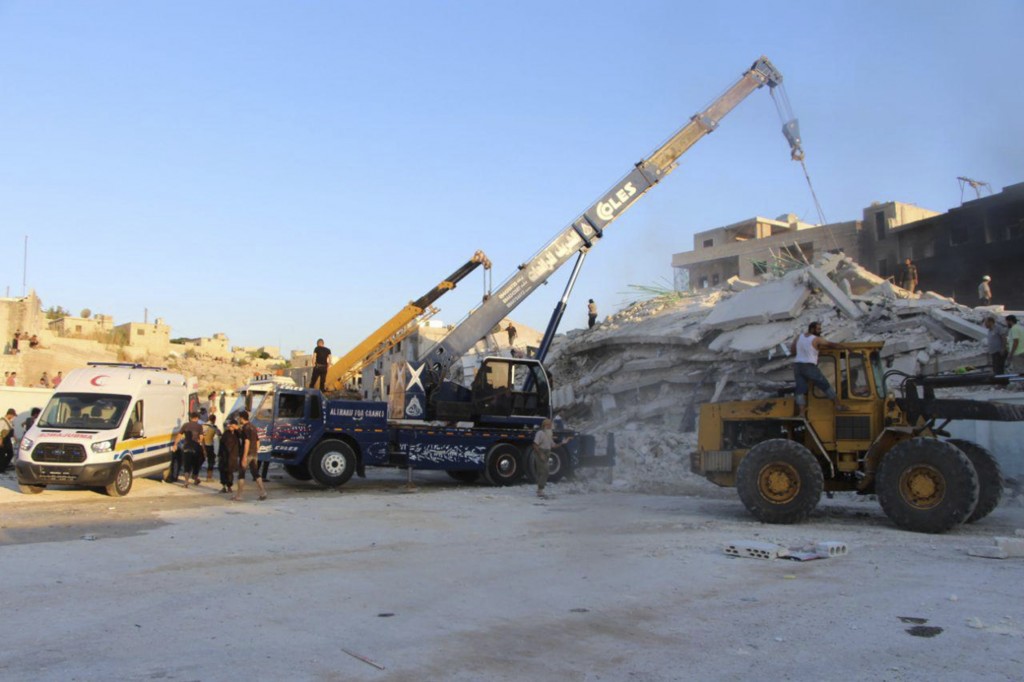 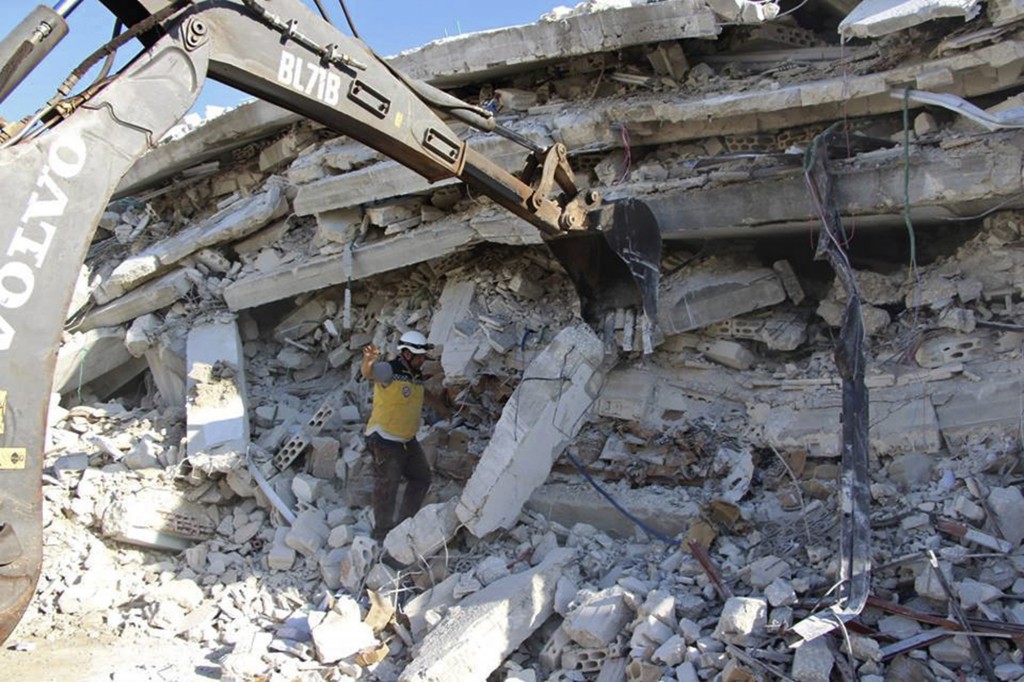 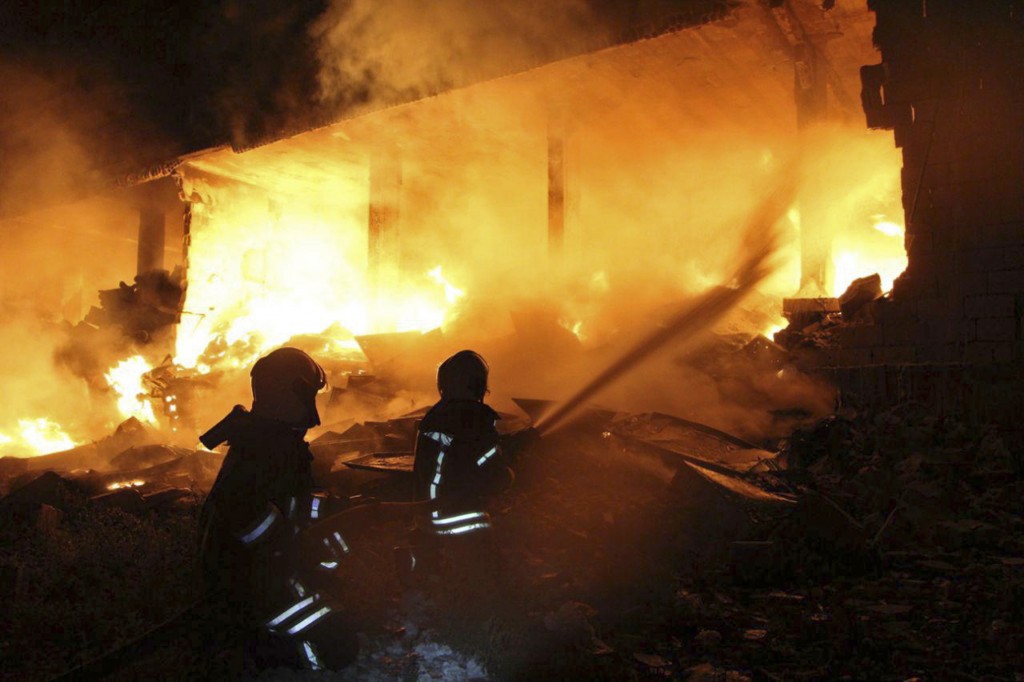 BEIRUT (AP) — The Latest on the Syrian conflict (all times local):

Syrian government officials say they will ensure the safe return of refugees and are urging Western countries to lift sanctions.

Public Administration Minister Hussein Makhlouf said Monday that refugees' return is a top priority for President Bashar Assad's government. Speaking to international reporters in Damascus, he said that authorities are working to rebuild hospitals, schools and other infrastructure to help refugees return.

Makhlouf called on Western countries to lift an economic embargo imposed early in the seven-year conflict, noting it would help restore the Syrian economy and encourage refugees to return.

Deputy Foreign Minister Faisal Mekdad vowed that "the Syrian government will facilitate their return by all means." He added that the country would welcome foreign assistance, but noted that it shouldn't be tied to any conditions.

Assad's forces, with Russian air support, have won a series of victories in recent months against opposition forces, which are now mainly confined to the northern Idlib province. Many refugees fear mandatory conscription or reprisal from government forces if they return, while others have nowhere to go after their homes and businesses were destroyed.

A Syrian search-and-rescue group says the death toll from an explosion that destroyed two apartment buildings in a rebel-held town in the country's northwest the previous day has risen to 67.

The Civil Defense, also known as the White Helmets, says rescuers were still searching through the rubble in Sarmada on Monday, looking for survivors from the blast. It says 35 wounded people have already been found.

The Britain-based Syrian Observatory for Human Rights gave a slightly higher death toll, saying 69 died, including 17 children. The Observatory says 52 of the victims were civilians; the rest were militants or couldn't be identified.

The Observatory said an arms depot in the basement of a building had detonated, bringing down two five-story apartment buildings. The report could not be independently confirmed.