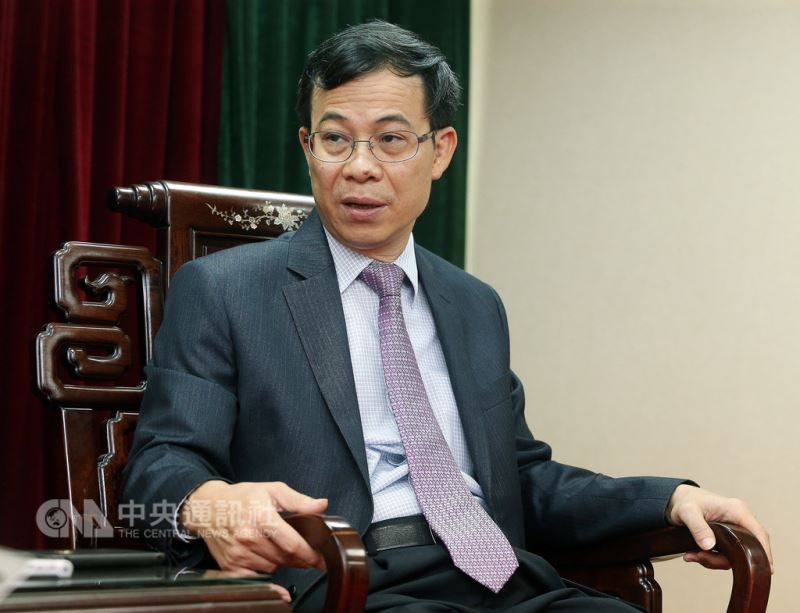 According to Ministry of Labor statistics reported at the end of July, as many as 47 percent of 51,404 unaccounted for migrant workers in Taiwan are Vietnamese.

Tran attributed the severity of the "runaway worker" problem to the overly high fees charged by Taiwanese brokers, an issue he had brought up as early as when he assumed office in 2015, reported CNA.

Quite a few Vietnamese workers left their employers illegally because they could no longer afford the fees, he said, citing meetings with the runway workers. Tran also expressed concern over complaints by laborers from his country that assistance from Taiwanese brokers is often inadequate when they fall ill, and they are often left without access to sound treatment despite the high monthly fees.

In an interview with CNA before his departure, the envoy made a plea for lower brokerage fees and better rights for migrant workers from Vietnam. Official talks between the two countries have been conducted since 2016 to promote a direct hiring scheme to address the issue, he told CNA.

Nguyen Anh Dung (阮英勇), the incoming head of the Vietnam Economic and Cultural Office in Taipei, will take office on Aug. 22. Nguyen was posted in Taipei in the 1990s and is familiar with Taiwan-Vietnam relations, CNA quoted Tran.