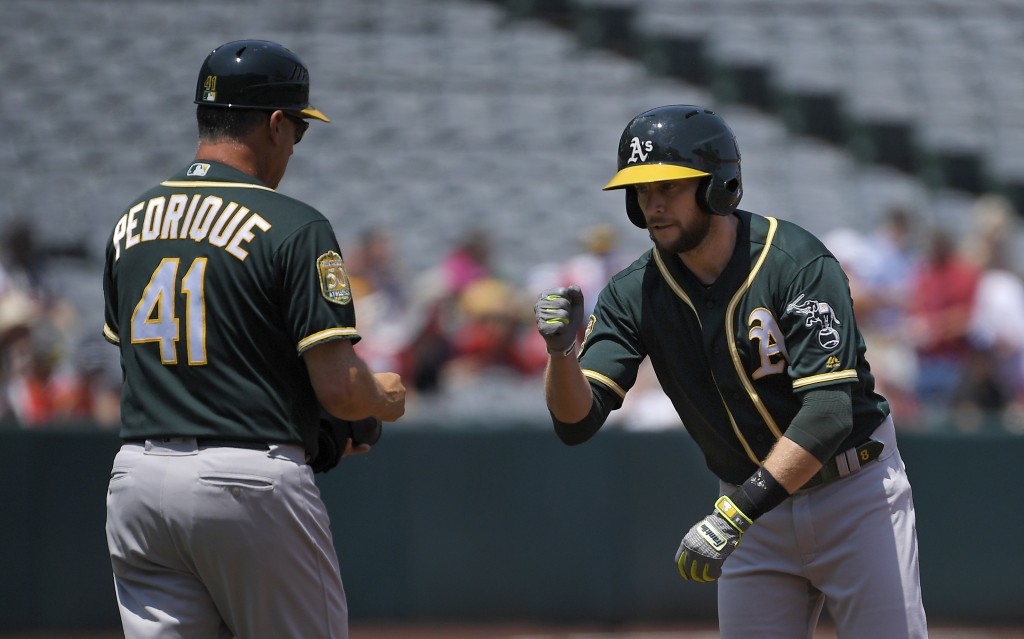 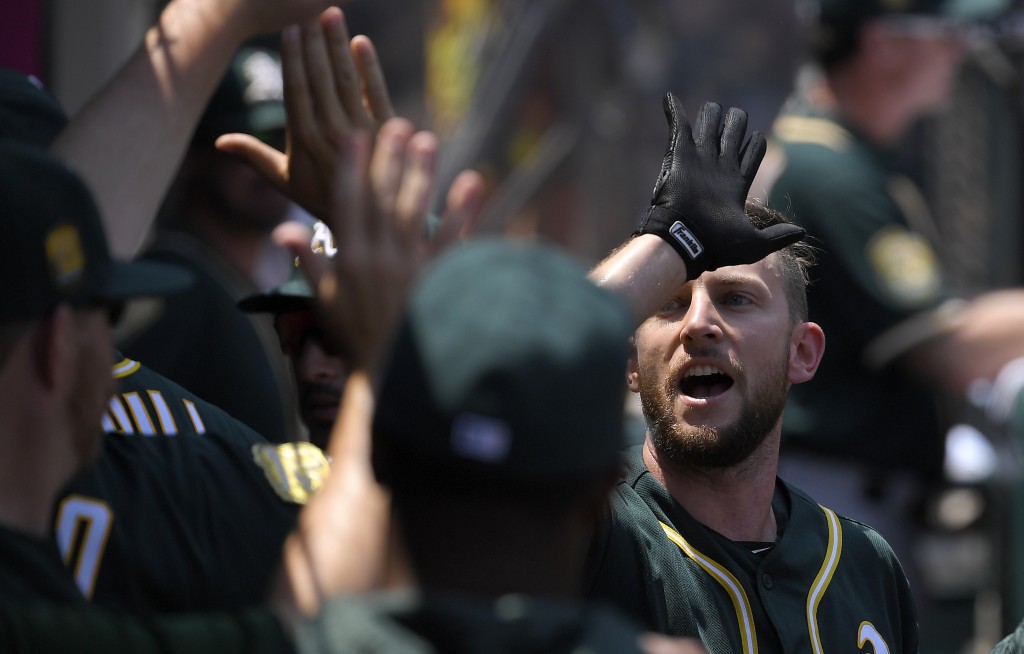 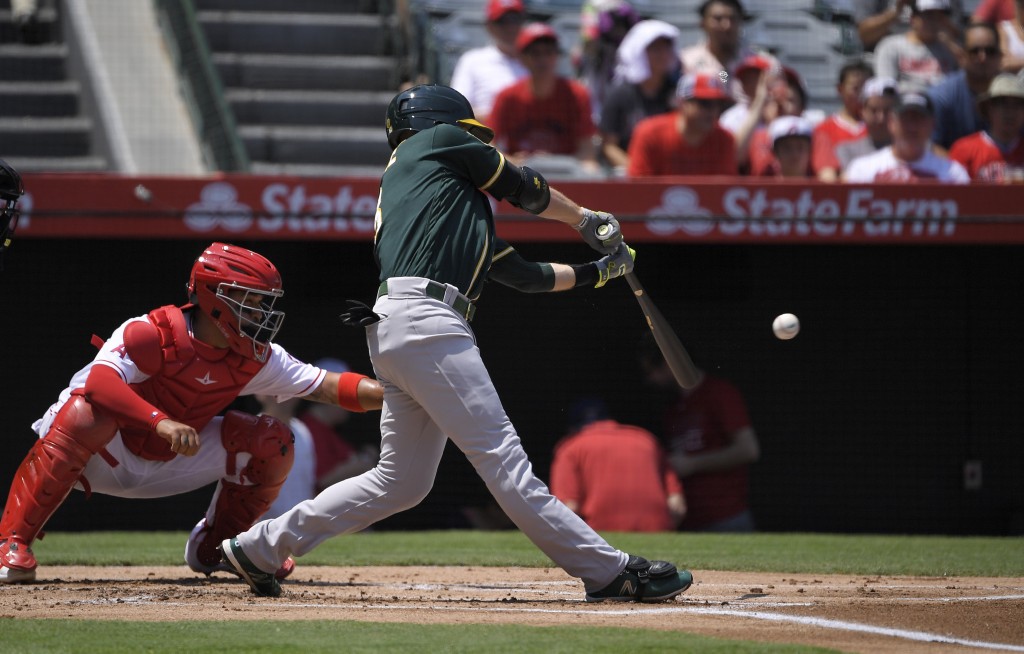 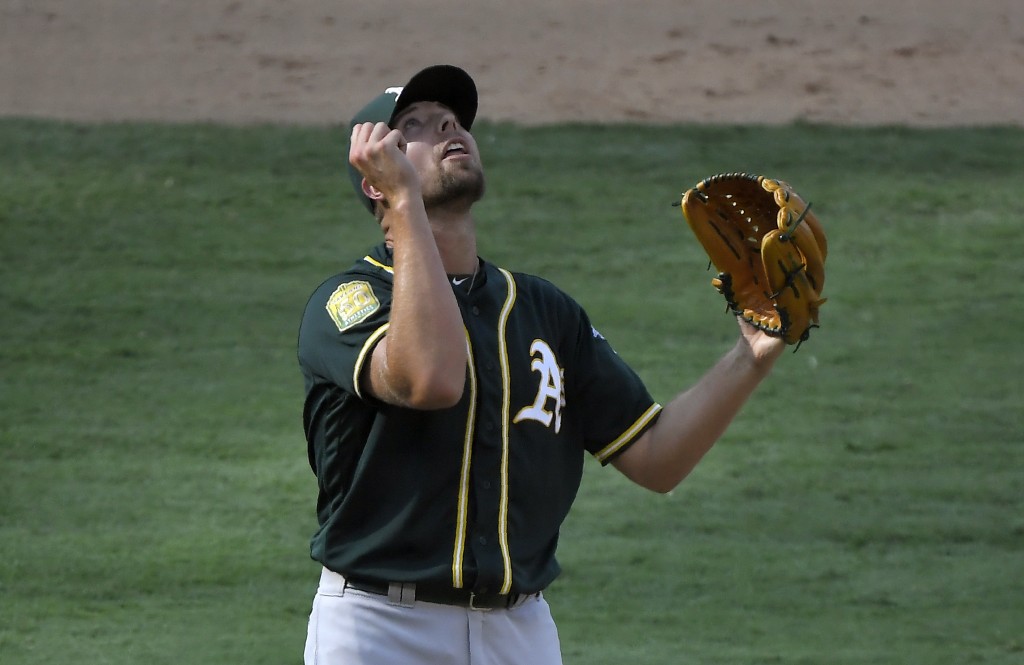 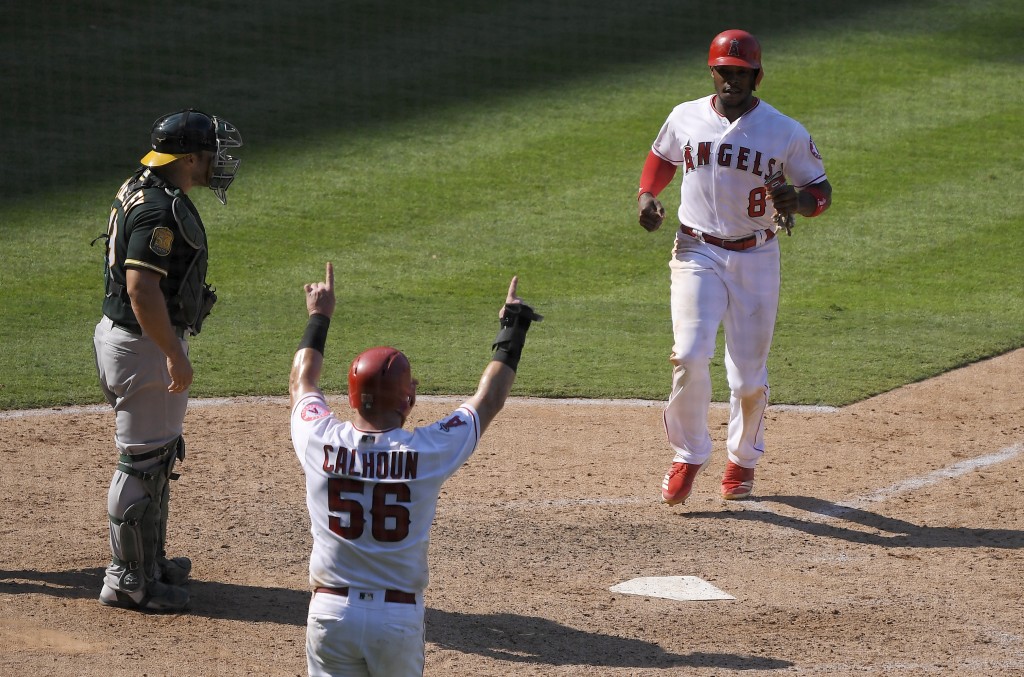 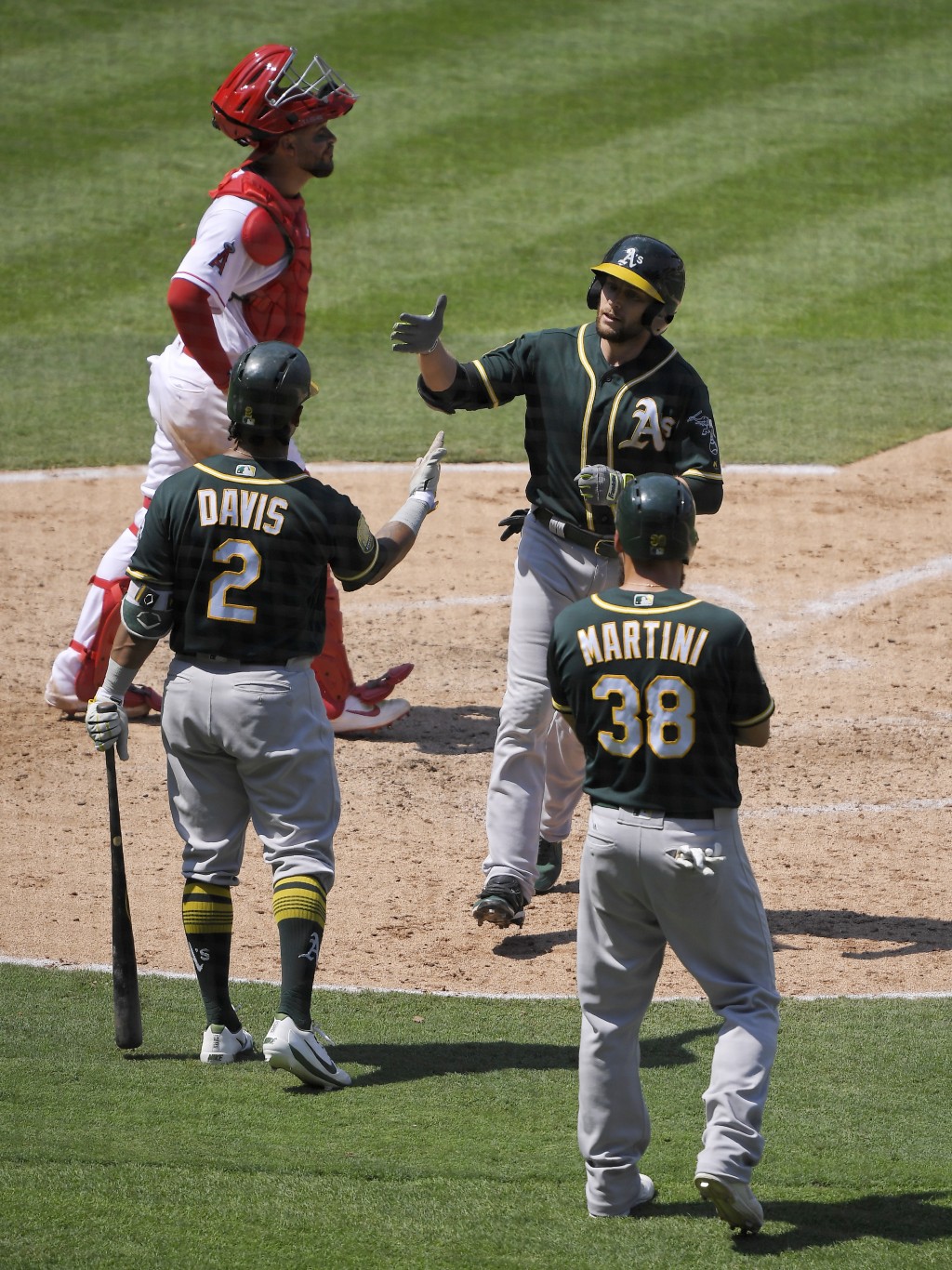 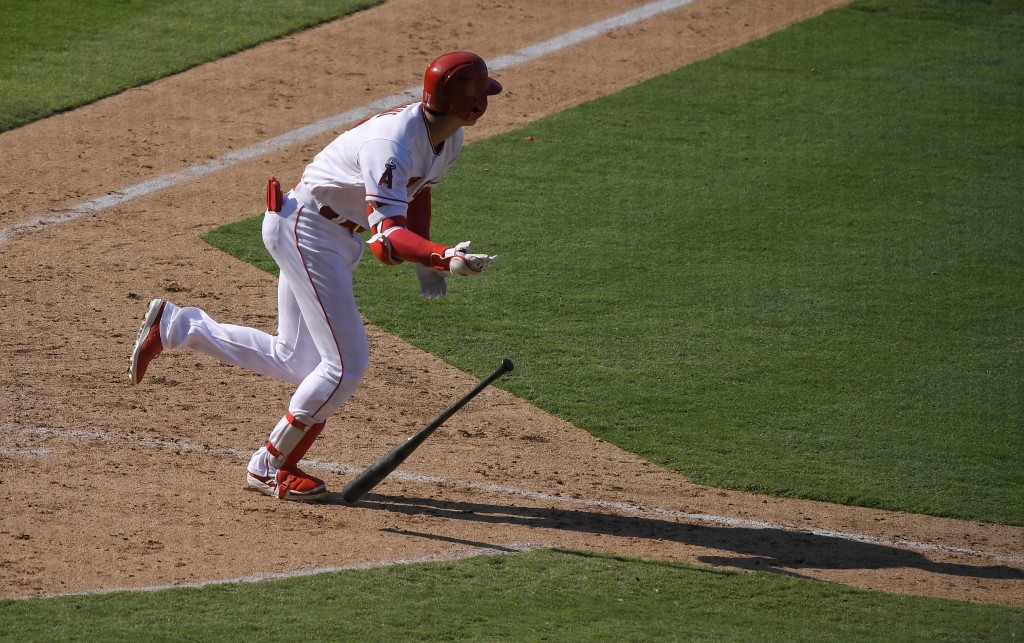 ANAHEIM, Calif. (AP) — Jed Lowrie homered and moved over 1,000 hits for his career, and the Oakland Athletics held on for an 8-7 victory over the Los Angeles Angels on Sunday, their ninth win in 11 games.

The A's, who currently occupy the second AL wild-card spot, moved within 2½ games of first-place Houston in the AL West. The Astros have lost four consecutive games.

Lowrie doubled to left field in Oakland's three-run first inning, giving him 1,000 hits over 11 seasons. It was also the 250th double of his career. Lowrie's 1001st career hit was his 18th homer this season, a two-run shot during a four-run fourth for the A's.

Marcus Semien had three hits for the A's and reached base four times, a day after hitting a pair of home runs. Lowrie also had a walk as he reached base three times.

Los Angeles trailed by as many as four but pulled within a run in the eighth inning on Shohei Ohtani's two-run single off Jeurys Familia. Blake Treinen struck out the side in the ninth for his 30th save in 34 opportunities.

Rookie Francisco Arcia homered for the Angels. The homer, his third, came one day after Arcia pitched a scoreless mop-up inning. Justin Upton had two hits for the Angels, including an eighth-inning double that gave him an extra-base hit in five consecutive games.

A's starter Trevor Cahill allowed four runs on seven hits with a walk over 4 2/3 innings. Fernando Rodney (4-2) pitched a scoreless inning in relief to earn his first victory with the A's.

The Angels had the tying run at the plate in the sixth, but Ohtani struck out against Lou Trivino to end the threat.

Scioscia reiterated Sunday that he expects Ohtani to pitch again this season. While the two-way rookie from Japan has returned to designated-hitter duties, he has not pitched since June 6 because of a sprained right elbow ligament.

Ohtani will have what will amount to a medium-intensity bullpen session Monday in San Diego, where the Angels will open a three-game series. He would then work higher-intensity bullpens, followed by pitching to hitters, before his return.

Scioscia would not specify when he expects Ohtani to pitch again, but the likelihood is mid-to-late September.

"The goal is pitching again this year and we feel that is attainable," Scioscia said.

Angels: LHP Tyler Skaggs (left adductor strain) returned to the 10-day disabled list following his rough outing Saturday, when he gave up seven runs on 10 hits over 3 1/3 innings against the A's. ... SS Andrelton Simmons was a late scratch from the lineup with left knee soreness and is day-to-day. ... C Rene Rivera (arthroscopic knee surgery) was expected to play in a game at Single-A Inland Empire on Sunday and Monday, with the Angels hoping he can return to the active roster during the upcoming road trip to San Diego, Texas and Arizona.

A's: LHP Sean Manaea (10-8, 3.50 ERA) will take the mound Monday at home against the Seattle Mariners, having lasted just 2 2/3 innings in a start against the Los Angeles Dodgers last week.