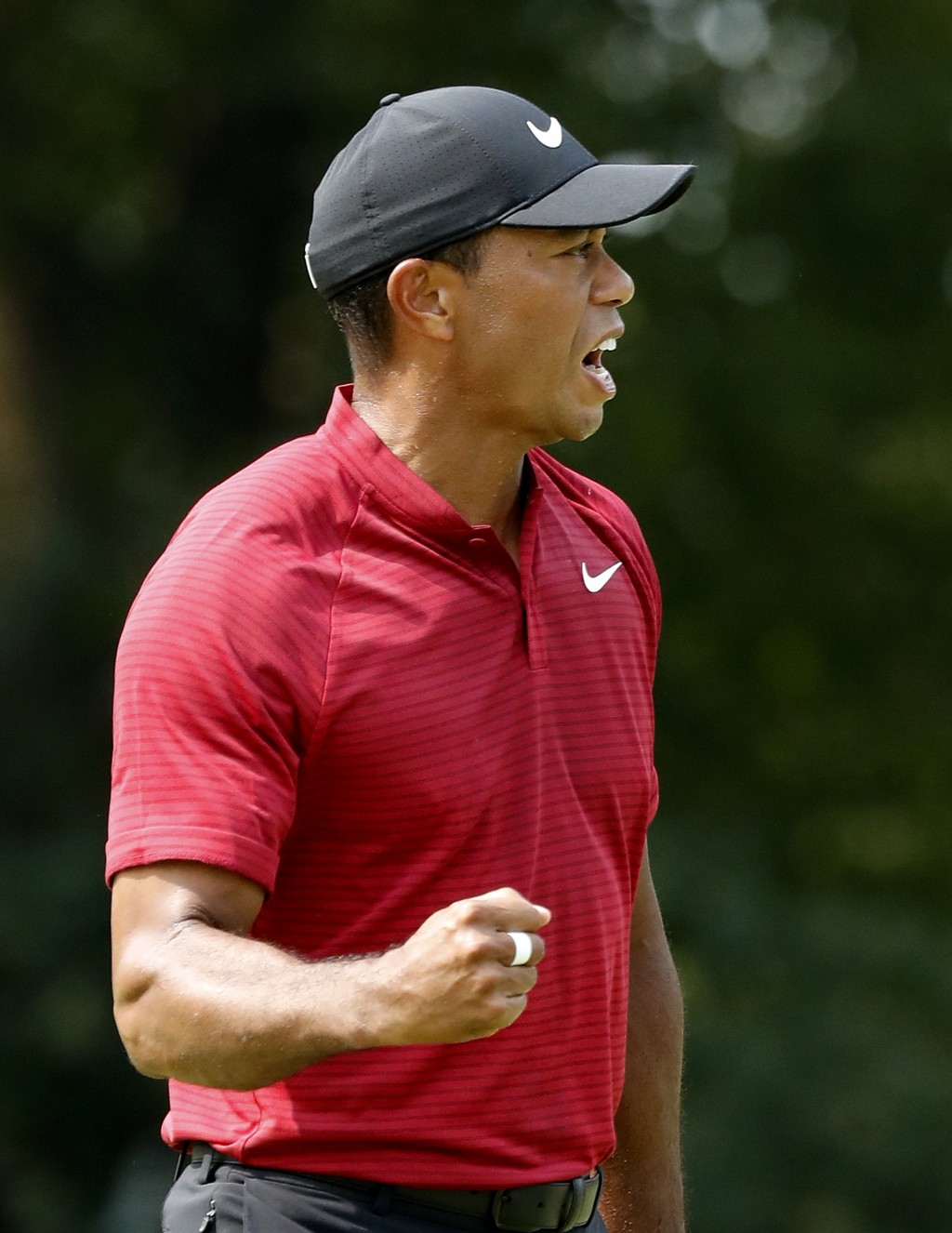 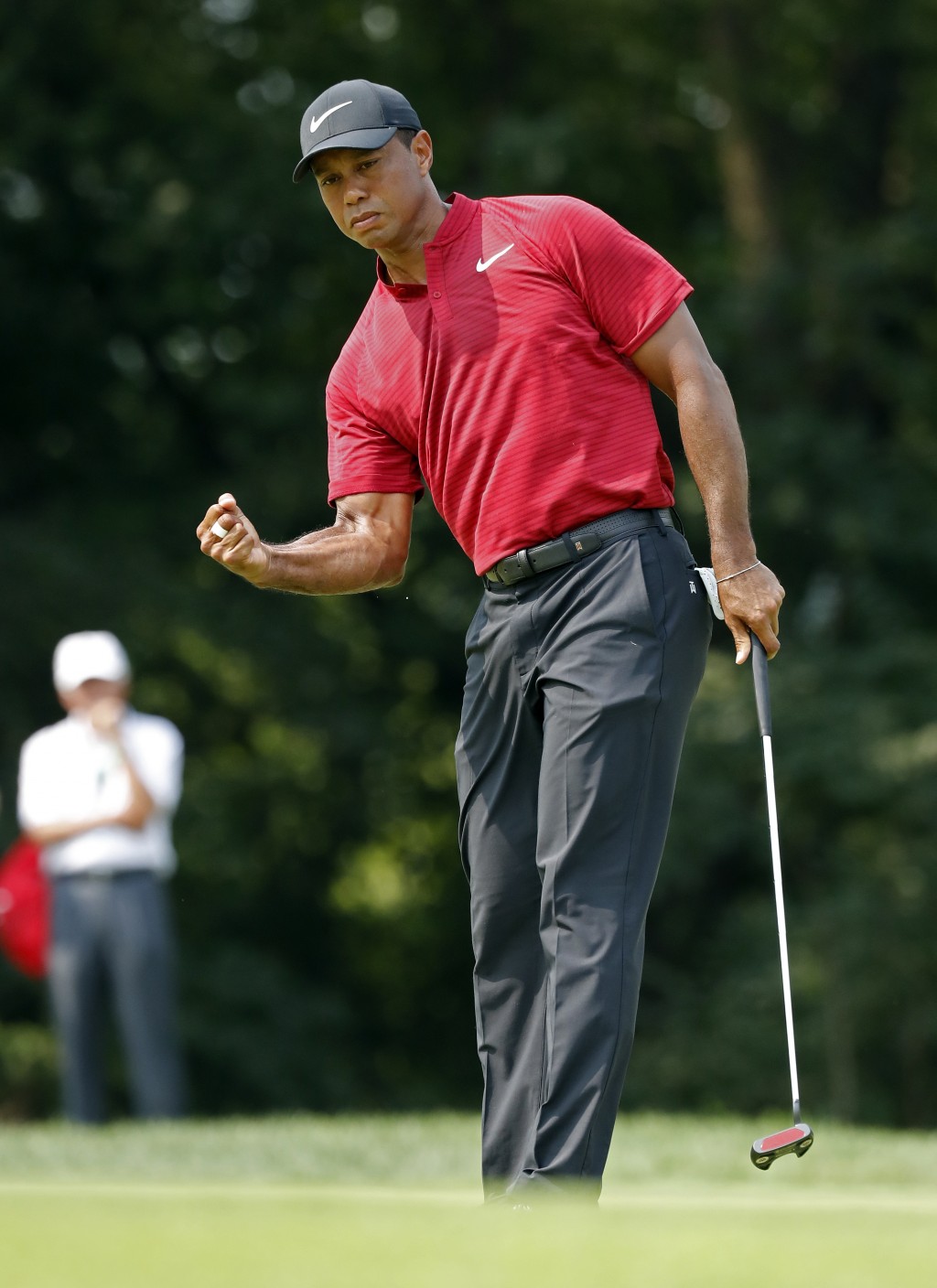 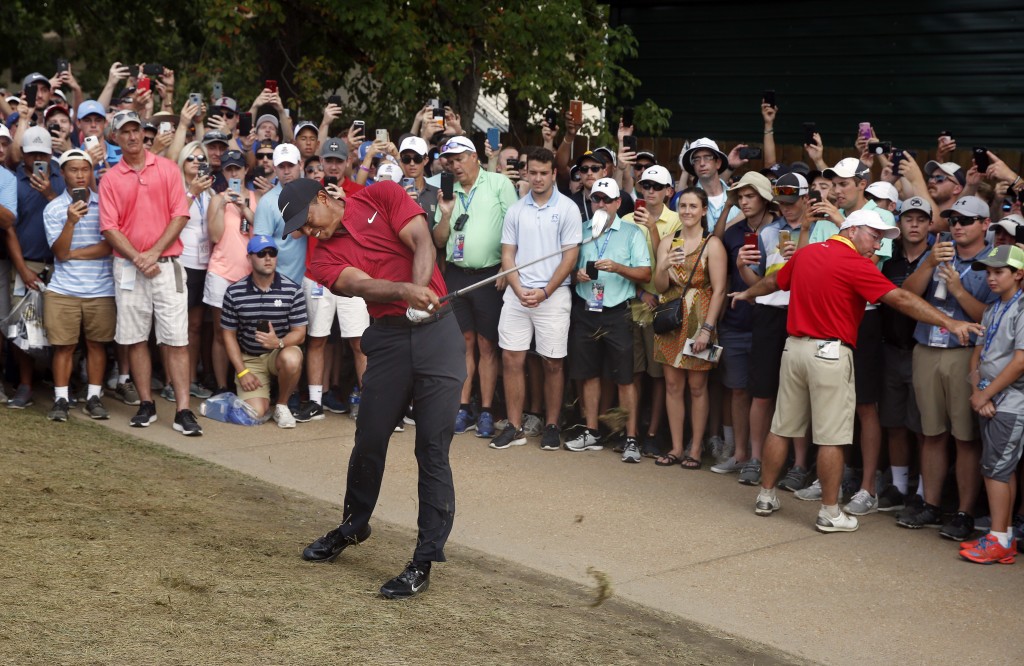 ST. LOUIS (AP) — The ball rested on the edge of the cup, its logo peeking into the hole for what seemed like forever.

Back in the day, that ball dropped for Tiger Woods. On Sunday, it wouldn't budge.

Yes, Woods might have finished second by two strokes to Brooks Koepka at the PGA Championship on Sunday to extend his drought without a major for at least eight more months. But after the scrambling, club-slamming, fist-pumping, electrifying show he put on over a round of 6-under 64 — his best closing round at a major — it was hard to believe that dry spell can last much longer.

"I played hard," he said. "A bit of a struggle with my game today, but I hung in there."

More than just hung in.

Even after the excruciating miss on No. 11 — one that looked a lot like his teetering, toppling chip on No. 16 at The Masters in 2005, except that one went in — Woods stayed very much in the mix.

Shortly after 5 p.m., he had a 20-foot putt on the 16th green that would've tied him with Koepka, who was two holes behind but may as well have been playing on another course compared to the frenzy in front of him.

That putt slid just past.

And Woods' last chance to apply real pressure vanished when he pushed his tee the par-5 17th right of the creek running along the right side of the hole. Woods slammed the head of his driver to the ground, then swung it violently in frustration. He scrambled to make par but was three back of Koepka, who birdied 15 and 16 behind him, by the time he reached the 18th fairway.

On No. 18, Woods offered one final flourish. He drained his longest putt of the tournament, a 19-footer putt for birdie, and pumped his fist to celebrate.

Back in the day, that fist pump on the 18th green would've been to celebrate a win.

On this day, he was celebrating the grind — and the fact that he simply would not go away.

And, in many ways, it felt like old times for the 42-year-old — he of the multiple back surgeries who could barely swing a club a few years back, but has now contended on the back nine in consecutive majors, only to come up short, more agonizingly so this time than at Carnoustie three weeks ago.

"I never would've foreseen that two years ago," Woods said. "I'm just so thankful to be here."