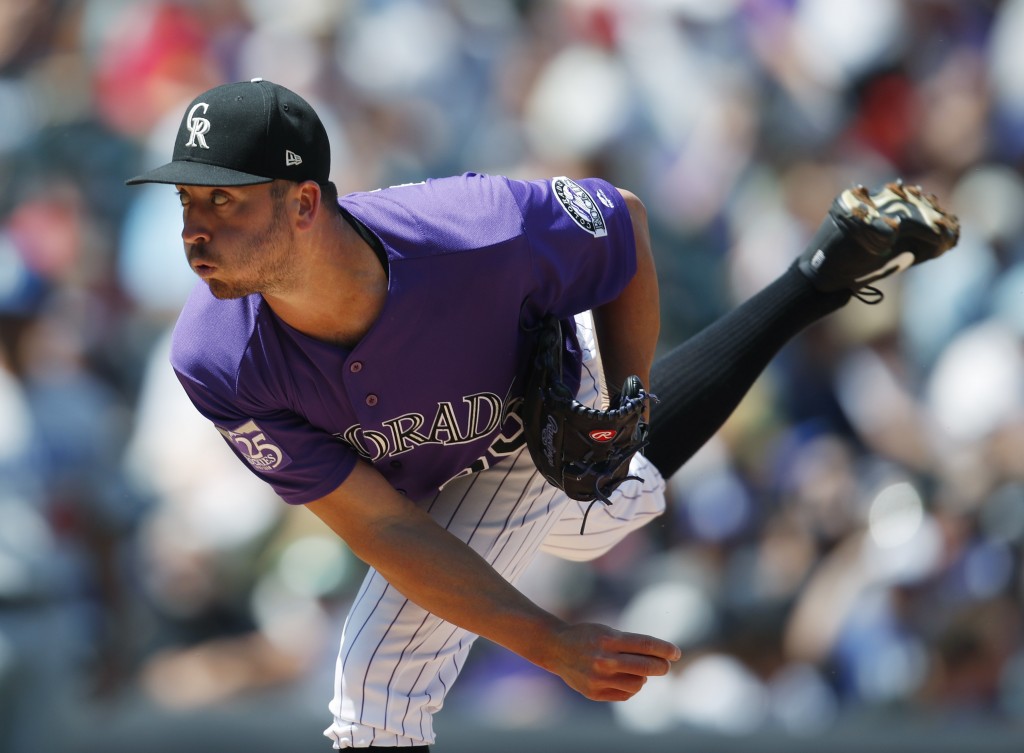 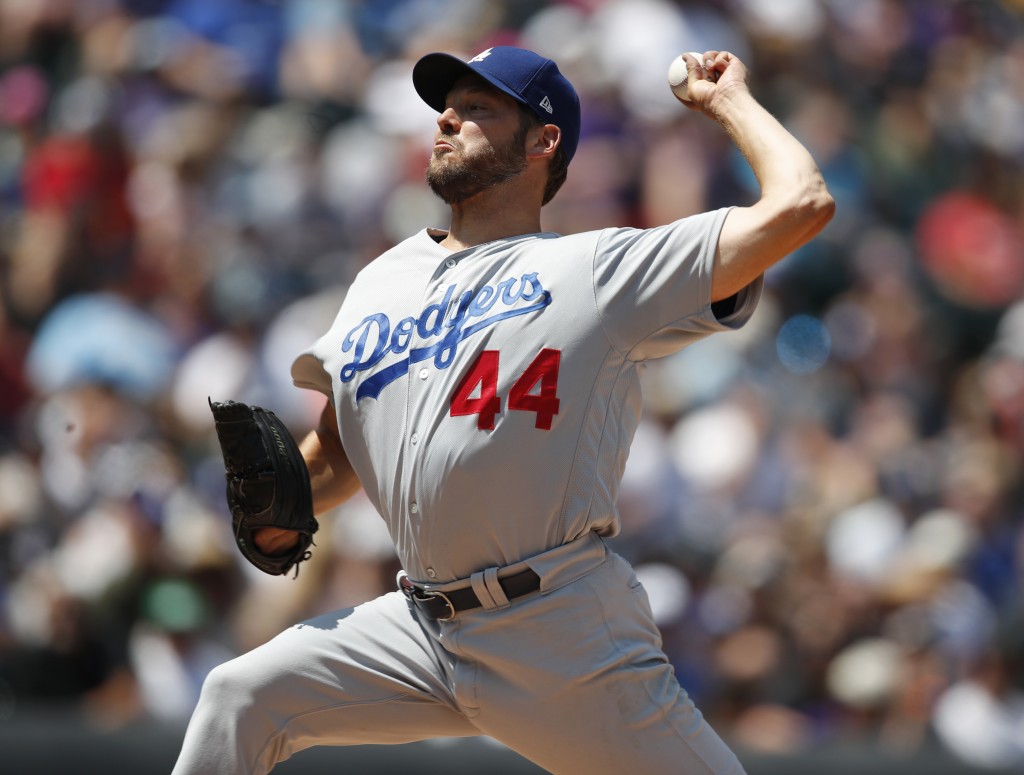 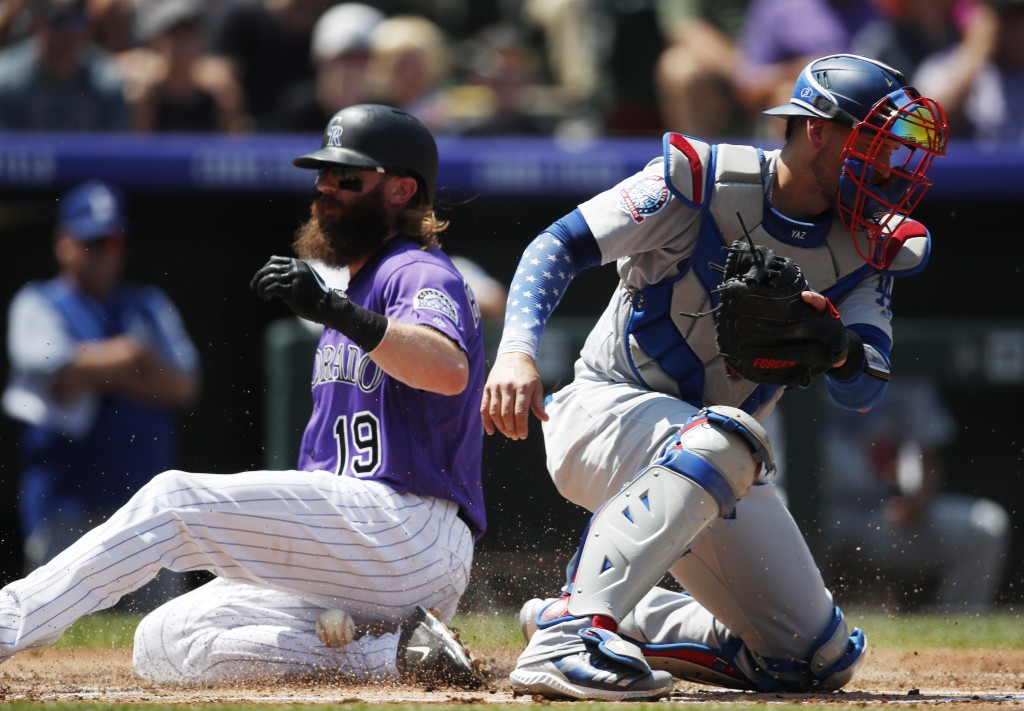 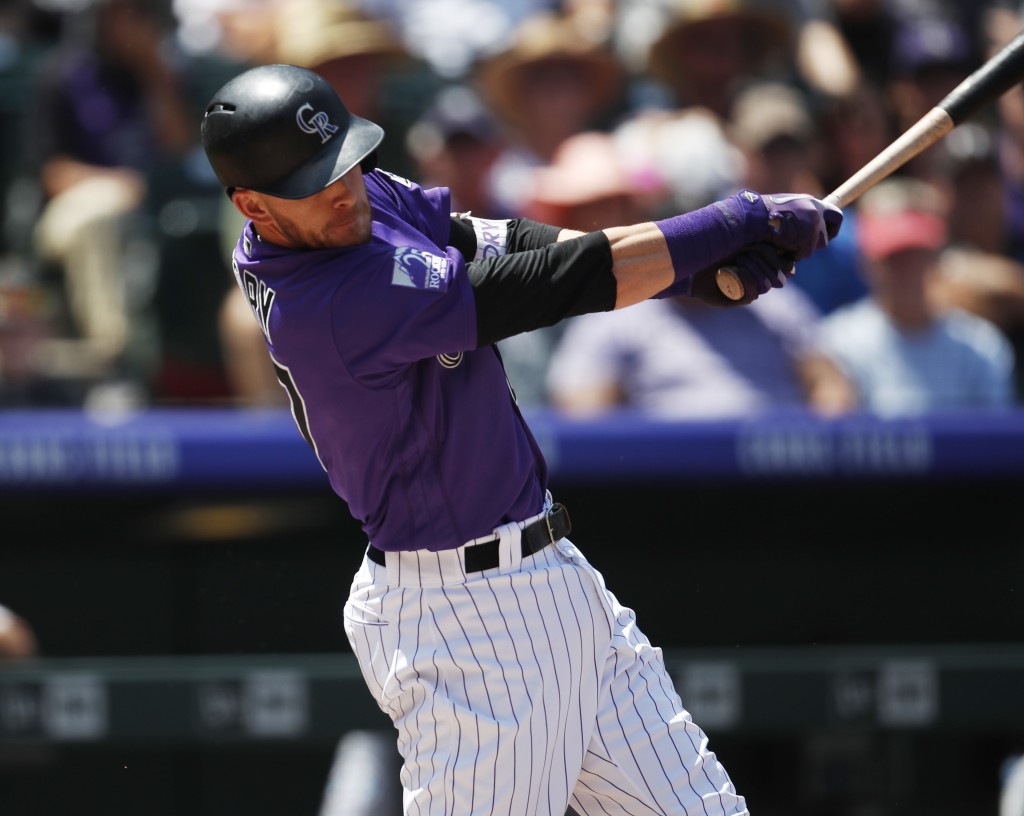 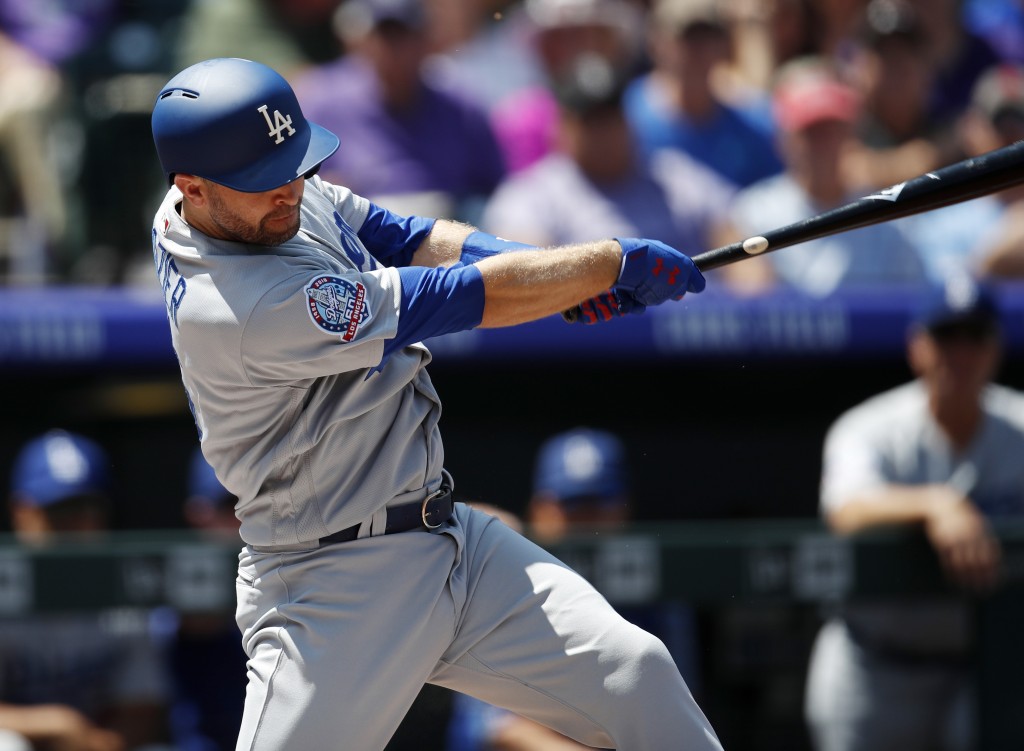 It was the second walk-off win in as many days for Colorado. Ryan McMahon lined a three-run homer in the ninth on Saturday.

DJ LeMahieu led off the ninth with a single to right that Yasiel Puig misplayed, allowing LeMahieu to take second. After David Dahl was intentionally walked with one out, Desmond grounded out. McMahon was also walked to load the bases and bring up Iannetta, who drew a five-pitch walk off Dylan Floro (4-3).

The Rockies took three of four for their first home series win against the Dodgers since April 7-9, 2017. The loss dropped the Dodgers out of a first-place tie with Arizona in the NL West.

Wade Davis (2-6) pitched a shaky ninth in a tie game after Colorado failed to earlier protect a 3-0 lead.

Chad Bettis pitched efficiently into the seventh before turning it over to the struggling bullpen.

That's when the Dodgers went to work.

Brian Dozier delivered a two-out, two-run single in the seventh off Scott Oberg. In the eighth, Matt Kemp tied the game at 3 with a sacrifice fly against Adam Ottavino.

Davis got two quick outs in the ninth before walking Dozier, who stole second and then third when the shifted infield wasn't paying attention. Davis retired pinch-hitter Joc Pederson on a grounder to end the inning.

Bettis went 6 1/3 innings, allowing one run and three singles. It was his second start since returning from the disabled list after a pesky blister on his right middle finger kept him out for a month.

Rich Hill threw six innings and allowed three runs, two earned, as he returned to the mound at Coors Field for the first time since April 23, 2008, when he was with the Chicago Cubs.

His biggest mistake was a two-seam fastball on a 3-2 count that Charlie Blackmon knocked into the left-field bleachers in the sixth. It was Blackmon's first homer since July 31.

It was a frustrating day for Manny Machado, who went 0 for 4. He broke his bat over his leg after striking out in the seventh. He was lifted in a double-switch in the bottom of the inning.

Dodgers: LHP Julio Urias will soon pitch three innings at Double-A Tulsa as he takes another step in his rehab from June 2017 shoulder surgery. Urias turned 22 on Sunday.

Rockies: All-Star 3B Nolan Arenado was given another day to rest his sore shoulder. Arenado entered as a pinch-hitter in the eighth and grounded out.

The Dodgers are sending starters Kenta Maeda and Ross Stripling to the bullpen with left-handers Alex Wood (adductor) and Hyun-Jin Ryu (groin) about to come off the disabled list.

Wood is scheduled to pitch Tuesday against San Francisco. Ryu is expected to be activated and start on Wednesday.

Stripling will be ready for bullpen action on Tuesday and Maeda on Wednesday.

Rockies: Monday provides the first day off after 17 straight games. The Rockies will open a two-game series at Houston on Tuesday, with RHP German Marquez (9-9, 4.69) taking the mound. The Astros will throw RHP Justin Verlander (11-7, 2.50).