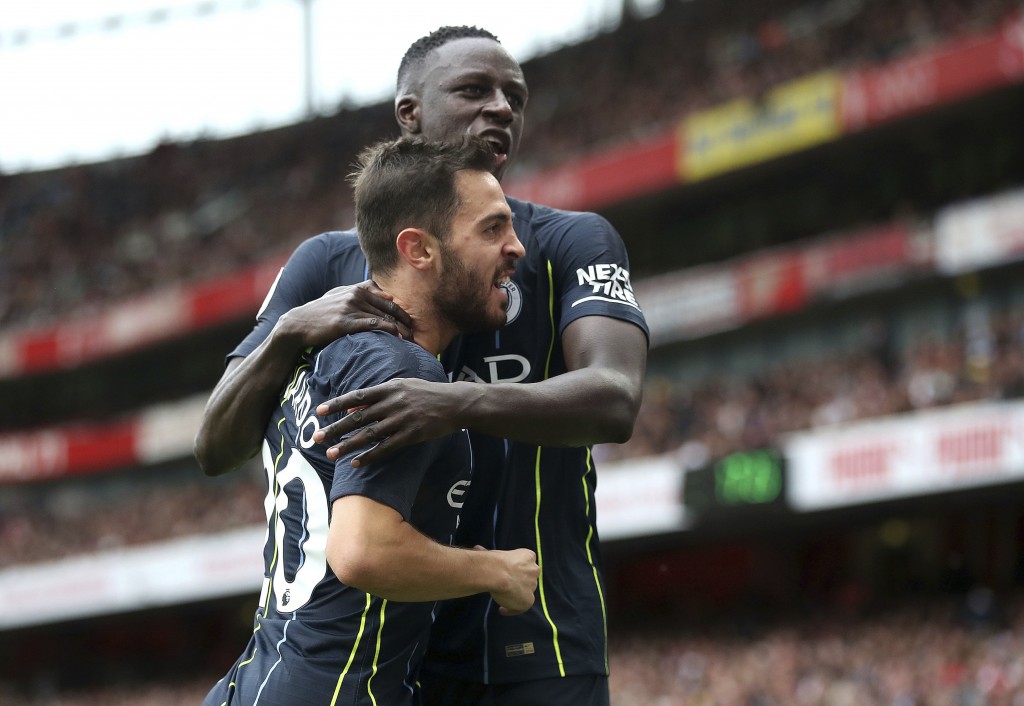 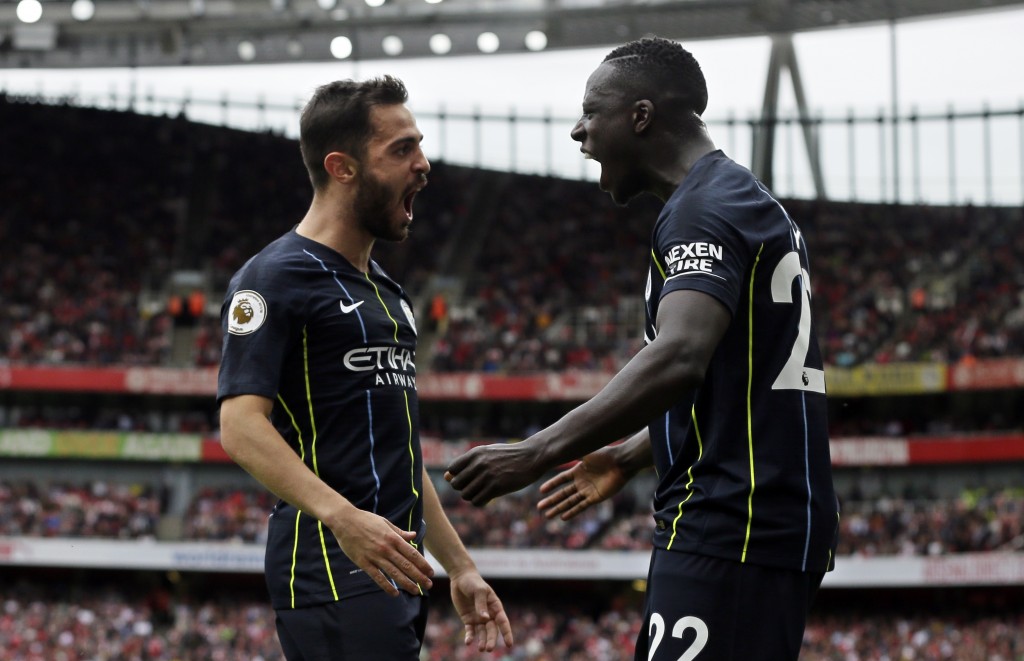 "Mendy has a lot of things to improve," Guardiola said after a 2-0 Premier League victory at Arsenal on Sunday. "Hopefully we can convince him to be calm, to forget a little bit the social media and focus on what he has to do."

The defender had an immediate reply to Guardiola's comments in the post-match news conference.

After an Associated Press reporter tweeted Guardiola's comments, Mendy replied: "Oops" accompanied by three crying laughing emoji. The France defender tweeted to the club account, "I will I promise," followed by a grinning face emoji and heart.

Mendy is renowned for irreverent messages and videos on social media, communicating with fans while sidelined for most of last season with knee ligament damage.

In reply to a post "keep entertaining," Mendy replied Sunday: "thx I'll do my best lol."

Mendy only managed to feature in eight games last season before making one second-half appearance at the World Cup in France's run to the title. Mendy completed the entire game at Arsenal as City made a victorious start to its title defense, including managing a strike in the 85th minute that was saved by goalkeeper Petr Cech.

When it was pointed out to Guardiola that the fullback sometimes acts like a center forward, the manager replied: "That is not good. Mendy is Mendy . it is what it is.

"Sometimes you want to kill him and sometimes you say 'Wow, what a player we have.' He gives us this extra energy with Kyle (Walker) that helps us. When he attacks with that consistency, it is so important. Mendy has a lot of things to improve."