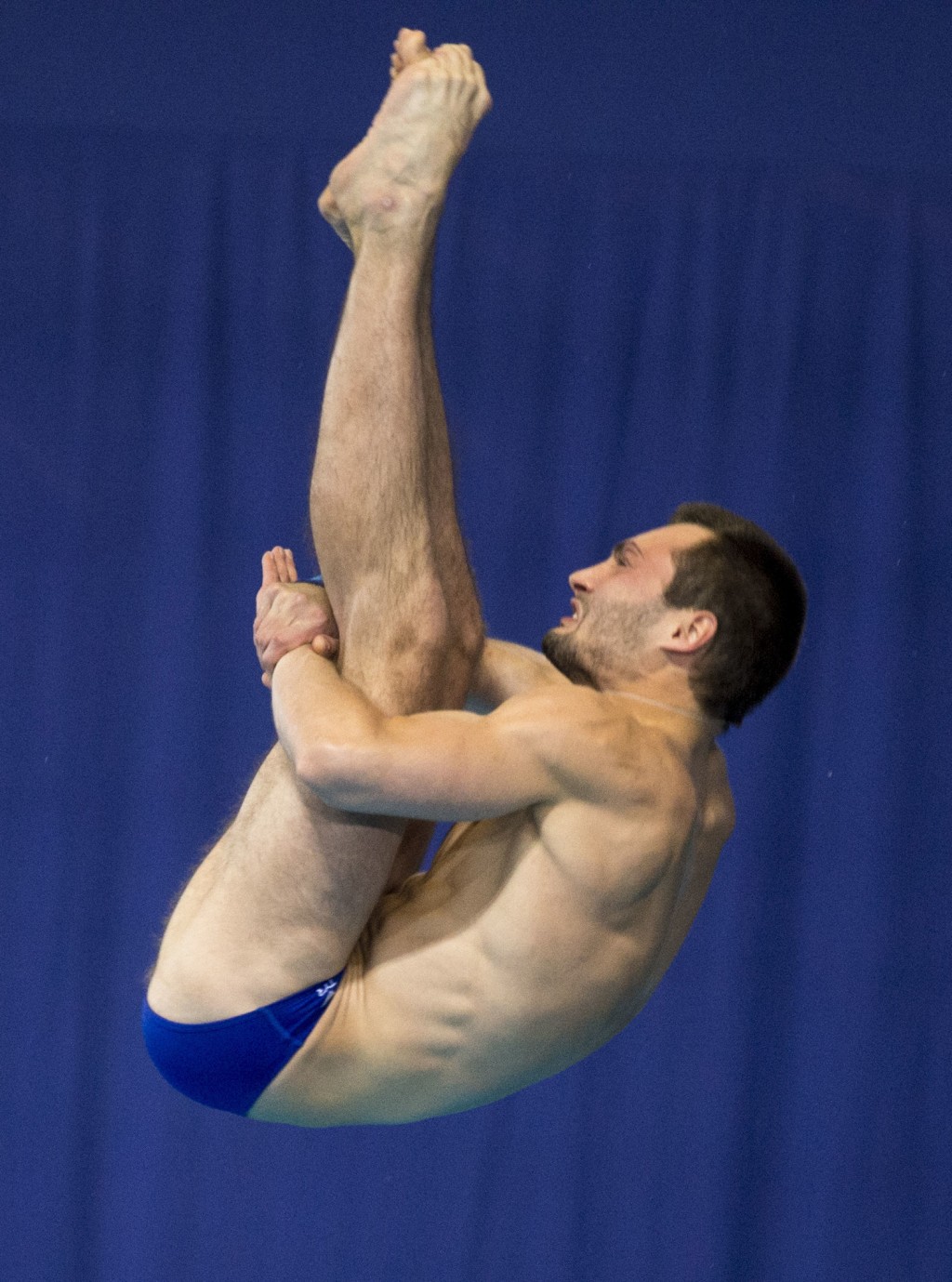 "We decided to heat the race from the start, putting guys in the front, not risking anything and in the end it paid off really good as we had a man everywhere. It's unbelievable," said Trentin, whose victory came a week after fellow Italian Marta Bastianelli won the women's race.

The five leaders were left from a breakaway group which was reduced following one of many crashes amid persistent rain in a grueling race.

Riders completed 16 laps of the 14.4-kilometer course with some tight turns on slippery cobble stones in the shopping streets of Glasgow's center.

The race got its expected sprint finish — though without pre-race favorite Sagan, as the Slovakian rider stepped off his bike after two-thirds of the race.

"I was not in good shape. If you have no legs on this circuit... you need to be in good shape," he told reporters outside the Slovakian team bus. "I have still a lot of pain from the crash from the Tour de France."

Last month, Sagan crashed heavily on a descent of the 17th stage, but he stayed in the event and ultimately crossed the line in Paris to win his sixth green jersey.

Sagan's quest for another European title was first in doubt after he lost touch with the peloton, left behind after a slow wheel change forced him to catch up with the pack.

Later, the Slovak rider dropped behind again, and this time he called it a race.

"It was a very technical circuit and it was pretty hard," Sagan said. "In the end, well, I still had a lot of pain in my back and in my hip and I think I need more time to recover from that crash."

Sagan said he still planned to compete in the Cyclassics in Hamburg next Sunday and the Vuelta, which starts in two weeks' time. The Grand Tour event in Spain should set him up for the defense of his world title in Innsbruck, on a course requiring a lot of climbing in the Austrian Alps in September.

However, chasing a record fourth rainbow jersey was not on his mind yet.

"I have still some races, Hamburg, Vuelta, different races," Sagan said. "I will fight my best for the end of the season."

The race had already been deprived of an anticipated showdown between Sagan and another sprinting standout, Mark Cavendish. The Briton pulled out three days ago on medical advice after struggling with illness and injuries throughout the season.

Also, Tour de France champion Geraint Thomas was missing on the course where he won the Commonwealth Games in 2014.

In other events, diver Aleksandr Bondar won the men's 10-meter platform to help Russia lead the sport's medal table with five golds, one ahead of Britain.