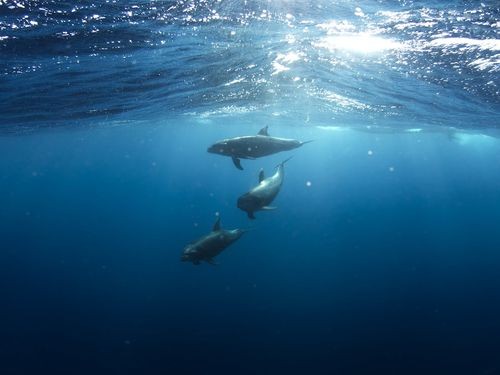 Taipei, Aug. 12 (CNA) Environmentalists on Sunday urged the reconsideration of a proposal to expand a liquefied natural gas terminal in the port of Taichung, saying the project would jeopardize the critically endangered Taiwanese humpback dolphin.

The proposal, made by Taiwan International Ports Co. and Taiwan Power Co., entered a second-phase environmental impact assessment (EIA) on July 20, and construction will begin if it makes it through the EIA process.

The Taiwanese humpback dolphin was listed as "endangered" in May 2018 by the National Oceanic and Atmospheric Administration, an American scientific agency, and fewer than 70 of the marine mammals still exist, according to a statement by local environmental groups.

"Taiwan should make rehabilitation plans to keep the Taiwanese humpback dolphin safe from extinction," Wild at Heart Legal Defense Association, Taiwan and the Alliance for the Protection of Taiwanese Humpback Dolphin said in the statement.

The government and developers should reconsider the proposed expansion of the liquefied natural gas terminal because it was designated within the habitat of the Taiwanese humpback dolphin off Taiwan's west coast, they said.

Development projects affecting the endangered mammal's habitat can only proceed when rehabilitation plans succeed in bringing about the species' recovery and only after an examination of its environmental impact is conducted to make sure adverse effects can be avoided or minimized, they said.

The need to protect the Taiwanese humpback dolphin was previously cited in the successful campaign to prevent the building of the Kuokuang Petrochemical Park in southern Changhua County earlier this decade.