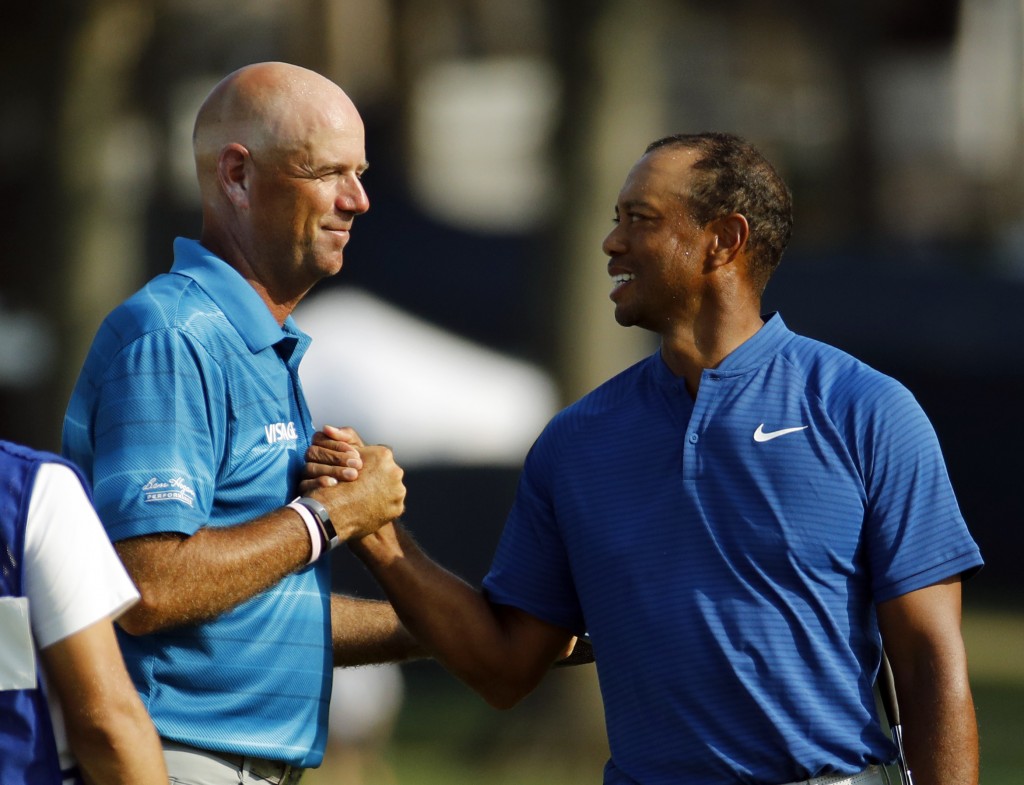 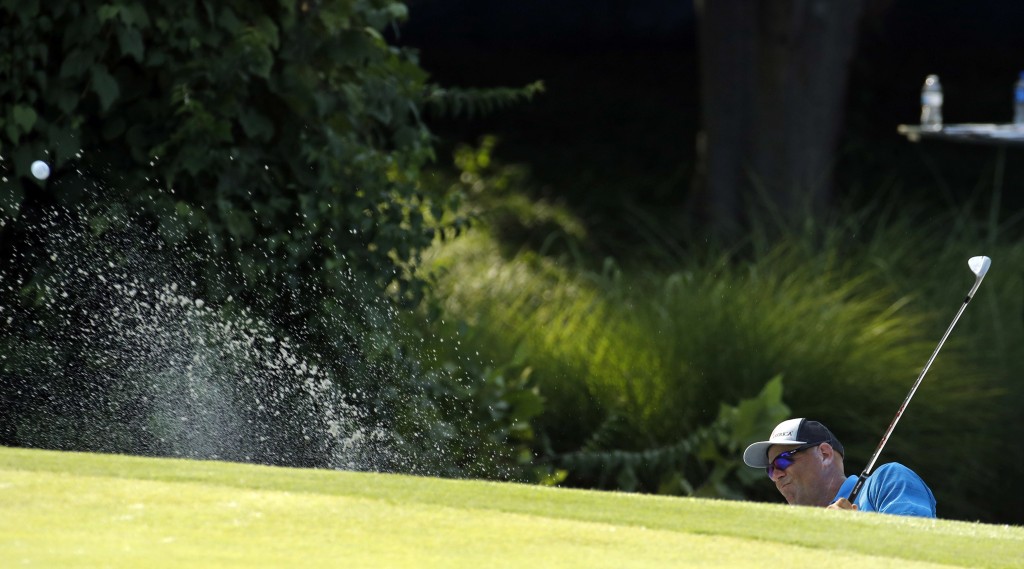 ST. LOUIS (AP) — Stewart Cink felt as if he'd traveled back in time on Saturday, playing with Tiger Woods and all that entails — the massive crowds, the raucous cheering and the mind-bending intensity.

"Kind of reminded me of being in the vortex a lot of years ago," Cink said with a smile.

It wasn't just playing with a rejuvenated Woods, though. The 45-year-old Cink played a lot like he did in his younger days, shooting a 4-under 66 in his third round at the PGA Championship to climb into contention heading into the final round at Bellerive Country Club.

"Being in Tiger's group is always exciting," said Cink, who was tied with Woods four shots off the lead. "Players try to downplay it, and I've downplayed it over the years myself, but it's a pretty intense environment out there. It's fun."

Cink was one of the best players in the world a decade ago, winning six times on the PGA Tour over the years. But he hasn't won since capturing his only major, when he triumphed over the seemingly ageless Tom Watson in a playoff to win the 2009 British Open at Turnberry.

Cink had only made 13 of 18 cuts this year, though he did tie for second at the Travelers. He was also in the top 5 the week before that at the St. Jude, a sign his game was rounding into shape.

It helps there are plenty of similarities between Bellerive and his home course of East Lake Golf Club in Atlanta, ranging from the zoysia fairways to the soft greens.

"It kind of feels a little bit like home to me, and I'm very familiar with it, the way it's going to react," Cink said. "It just feels like the club is jumping out of the bag, whatever one that is on the right hole. It's been a comfortable week for me. I haven't driven it perfectly or anything, but decisive — decision-making has been a good part of my game this week."

Matt Wallace gave the massive crowds awaiting Tiger Woods in the group behind him a reason to warm up their throats when he aced the par-3 16th hole with a 5-iron.

The 28-year-old Englishman, who has three European Tour victories on his resume, plucked his ball from the hole with a big smile. Then he rewarded those fans by chucking it into the crowd.

"People will be like, 'Oh, that's a stupid move,'" he said, "but I threw it in and then I met the guy after that hole and I signed it for him and he said, 'Are you sure you don't want it back?' And I said, 'You keep that, mate.' I keep the balls that I win with and they're all on the mantel piece, so that one will just live in my memory for being pretty cool out there."

The ace helped Wallace to a third-round 66. He's 5 under for the championship.

Brandon Stone was playing the same par-3 16th an hour later when he nearly holed out for an ace of his own. His ball hit the cup on the fly, ricocheting off the bottom of the flagstick back out.

Stone covered his mouth in disbelief, asking whether it bounced out of the hole.

The impact from the young South African's shot left the hole damaged, and playing partner Thomas Pieters wanted to make sure he remembered it. So he pulled out his cellphone and snapped a pic.

Stone wound up missing the putt. He still shot 69 and was 7 under for the tournament.

Daniel Berger would've been forgiven for packing the clubs after his first nine Thursday. He had started his PGA Championship with two bogeys and a double, leaving him 6 over.

The 25-year-old former Florida State star has only made one bogey since.

Berger rallied to shoot 73 that opening day, then fired a rain-interrupted, second-round 66 to make the cut. He added a bogey-free 67 on Saturday to reach 5 under for the championship.

"I just stopped trying at one point. It's funny how things work," said Berger, who's also been dealing with a wrist injury this week. "I just kind of freewheeled it."

Francesco Molinari's chances of becoming the first back-to-back winner of the PGA Championship since Tiger Woods are still alive after a 2-under 68 left him five shots off the lead.

Molinari had gotten to 8 under for the championship after a birdie at the par-4 10th, but he dropped a shot at the 12th and then made all pars to hit the clubhouse at 7 under.

"I'm having a great week. Crowds are incredible," Molinari said. "We were saying yesterday as big as the Ryder Cup, probably. A lot, a lot of people out there. So it's great to see. I'm getting a lot of support, which is nice. Very nice week so far."