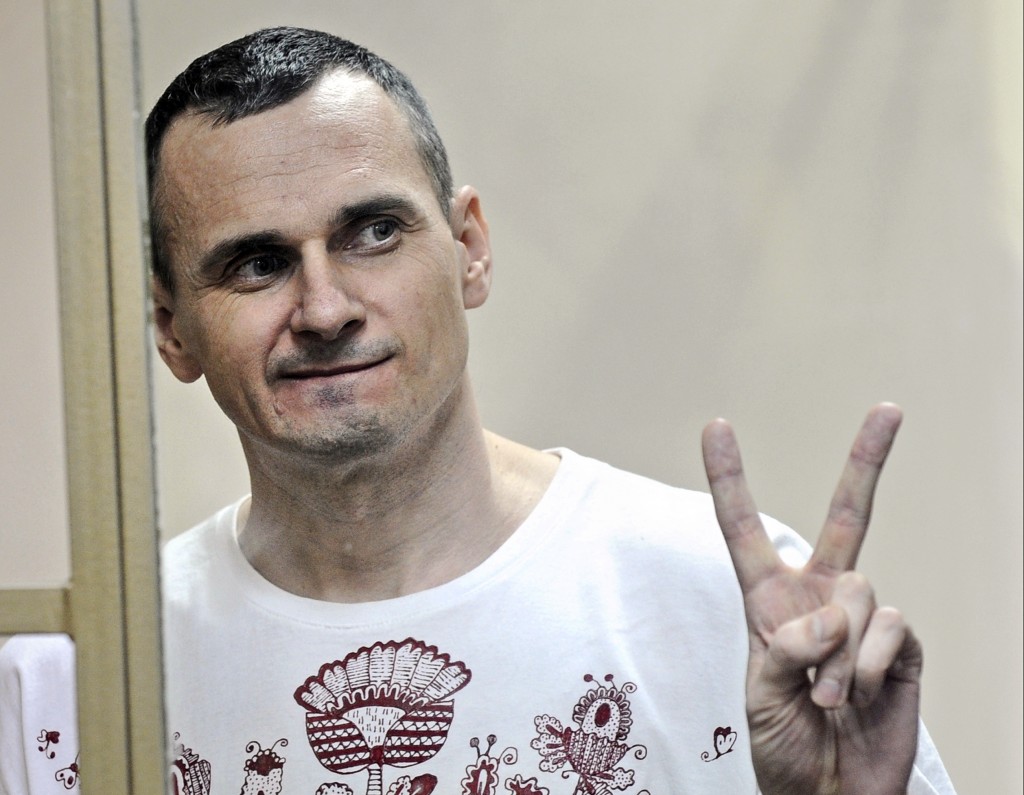 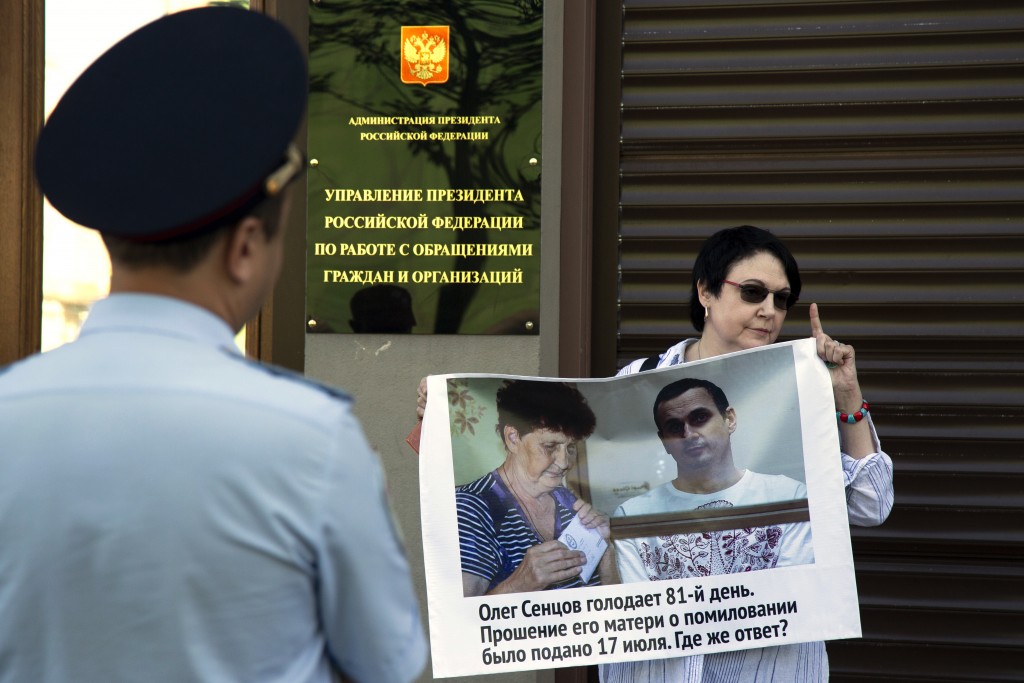 MOSCOW (AP) — Russia's prison system is contradicting claims about the worsening condition of Oleg Sentsov, a Ukrainian filmmaker imprisoned on a terrorism conviction who has been on a hunger strike for 90 days.

Sentsov is demanding that he and 64 other Ukrainians who he considers political prisoners be released. The case has attracted considerable international attention, with Western nations campaigning for his release.

His lawyer Dmitry Dinze said this week that Sentsov has become increasingly frail and now has a low hemoglobin level.

The Federal Penitentiary Service said in a statement Saturday that Sentsov is being given a nutritious formula daily and "as of today, no deficit in body mass or worsening of his health has been observed."