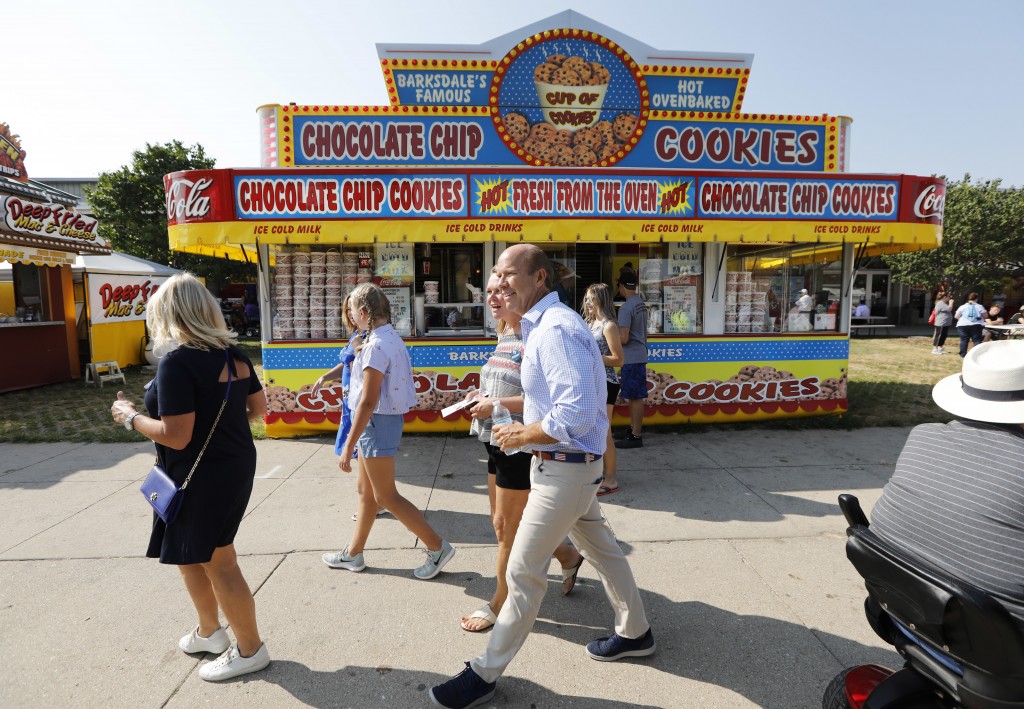 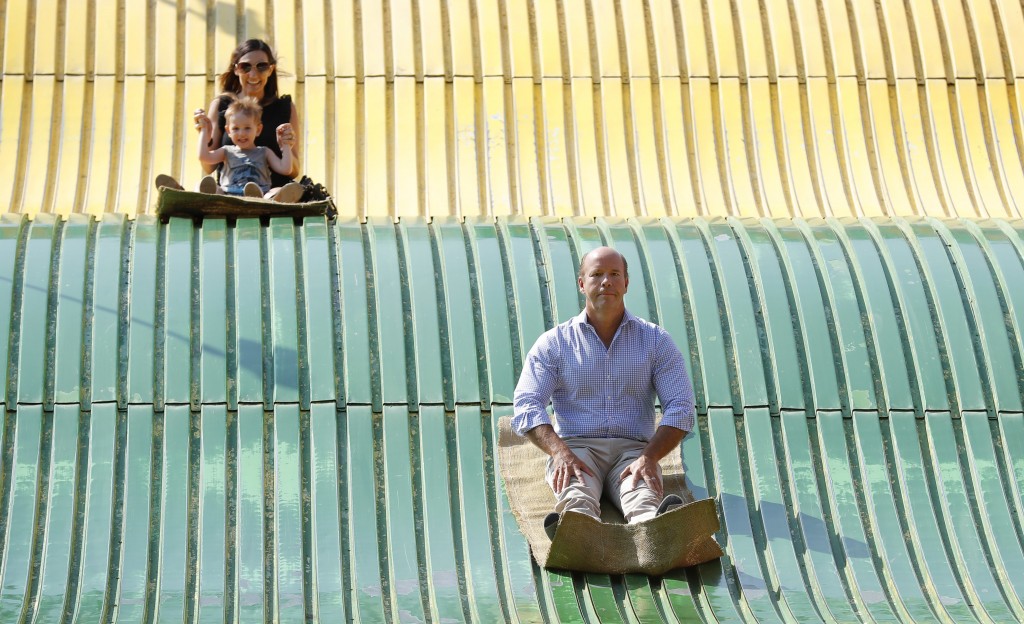 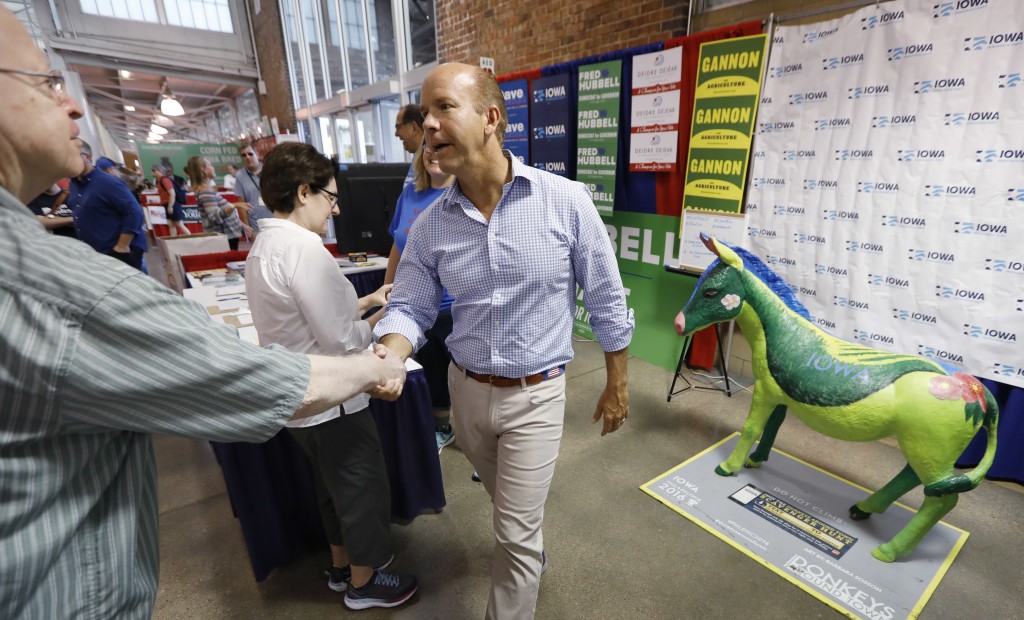 DES MOINES, Iowa (AP) — John Delaney wasn't slowed by a crush of national political press that sometimes swarms presidential candidates at the Iowa State Fair. Quite the opposite.

"Who is that?" retired child psychologist Bernard Wiesemann of Des Moines said Friday as the three-term Maryland congressman — and declared candidate for the 2020 presidential nomination — strode down the fair's busy Grand Concourse.

"It's John Somebody, right?" said Linda Gundlach, who sold Delaney lemonade at the popular Steer 'N Stein watering hole near the grandstand. "I was wondering who he was."

Such is the burden of little-known Democrats who have begun making visits to early presidential nominating states. With more than a year and a half before Iowa holds the caucuses that signal the beginning of the presidential nomination process, the top Democratic stars and many other rising national figures are staying away for now, focusing instead on the upcoming midterm elections.

Delaney ambled through the crowd unnoticed on the fair's sun-splashed first weekend day. With his wife, April, and daughter Grace, he was recognized at the Iowa Democratic Party's booth in the teeming Varied Industries Building. But despite a couple of news reporters and cameras in tow, he blended into the crowd as he waded into the building's labyrinth of hot tubs, garden tractors and workout equipment.

And Delaney is better known than most: He's visited 14 times since last year and is airing his seventh television ad since February.

Undeterred, Delaney was on course to finish visiting by Sunday each of Iowa's 99 counties, a metaphor for his campaign's theme that Democrats need to bridge not the liberal-moderate divide but the rural-urban divide.

"It's a really important thing to do. First of all, I think Democrats should campaign everywhere," Delaney said during a speech to about 50 listeners as other fairgoers marched by.

Chris Taylor recognized him, but that's because the 47-year-old health care administrator, visiting from Washington, D.C., had worked with him on federal policy.

Despite the nationalization of more recent presidential campaigns, Delaney, like others such as California Rep. Eric Swalwell, is taking a chapter from previous Iowa Cinderella stories. As a little-known Georgia governor, Jimmy Carter famously crisscrossed Iowa to emerge as a rising star in 1976.

More recently, then-Vermont Gov. Howard Dean toiled in Iowa with little notice throughout 2002, but gained traction there as a favorite for the 2004 caucuses before fading down the stretch.

Delaney and others, such as Montana Gov. Steve Bullock, are among a handful of presidential C-listers in Iowa this month for the fair and other political stops ahead of November's midterms. They were already being overshadowed by the appearance of Michael Avenatti, the lawyer suing President Donald Trump on behalf of an adult-film actress. Avenatti was appearing, along with Delaney, at an Iowa Democratic Party fundraiser in northern Iowa on Friday evening.

As if on cue, Delaney was further upstaged Friday, when former House Speaker John Boehner, in Iowa visiting a former congressional colleague, happened upon the Maryland congressman's speech.

Reporters covering Delaney turned their attention to Boehner and began an impromptu press conference with the Ohio Republican as Delaney continued in the background.

Finally, Delaney turned his attention to the distraction.

"Mr. Speaker, what a nice surprise. Speaker Boehner is in the house. You're looking good, Mr. Speaker," Delaney said.

As applause for Boehner died down, Delaney continued, "So, it's hard to top that."