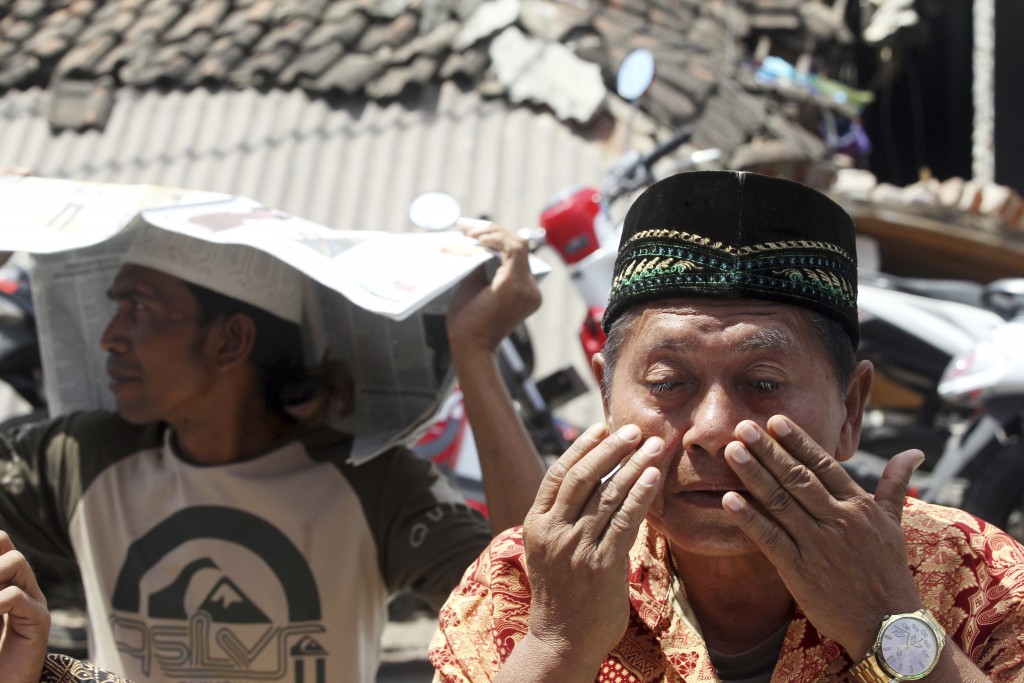 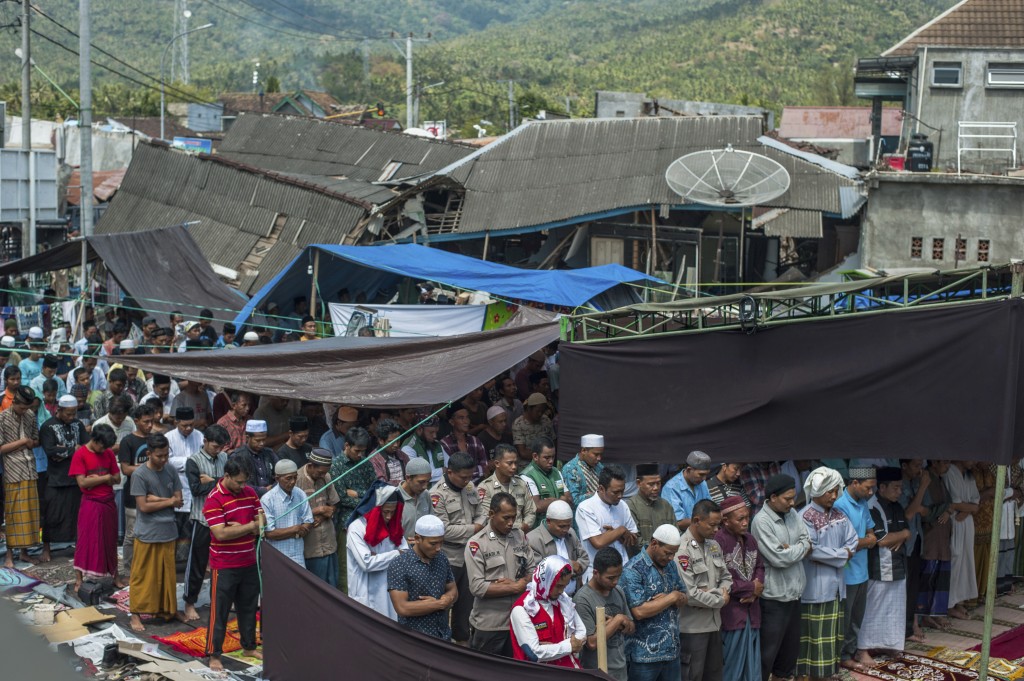 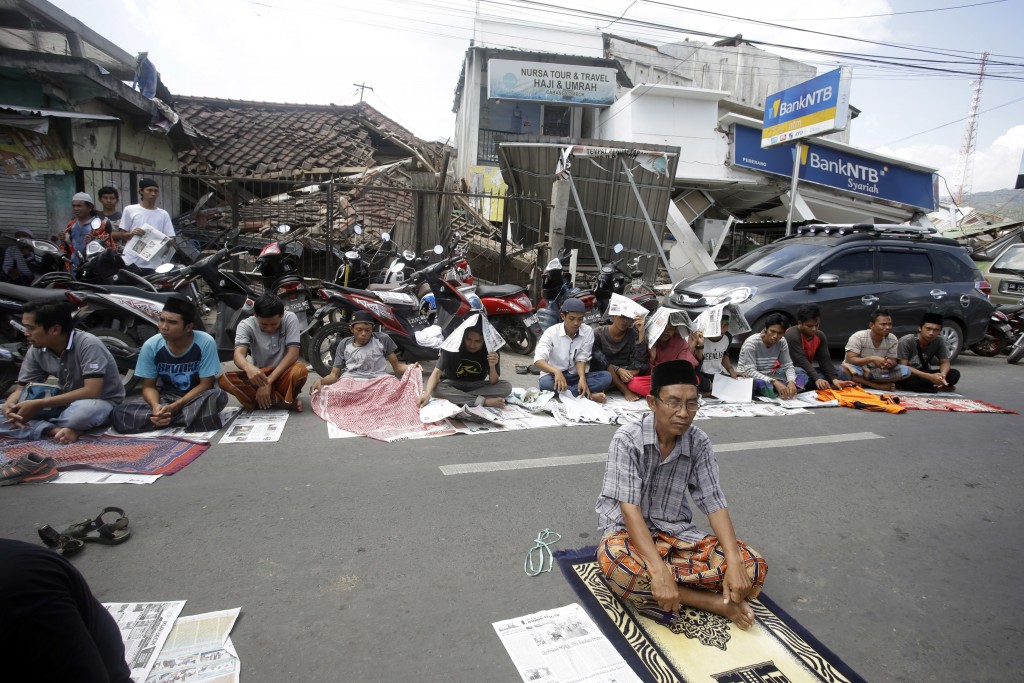 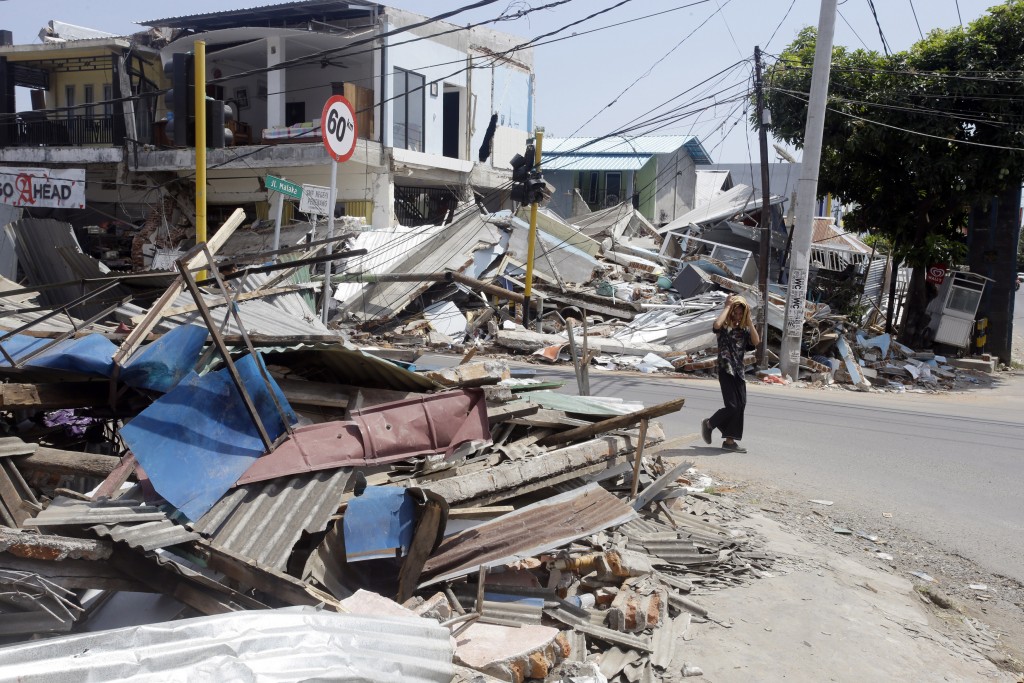 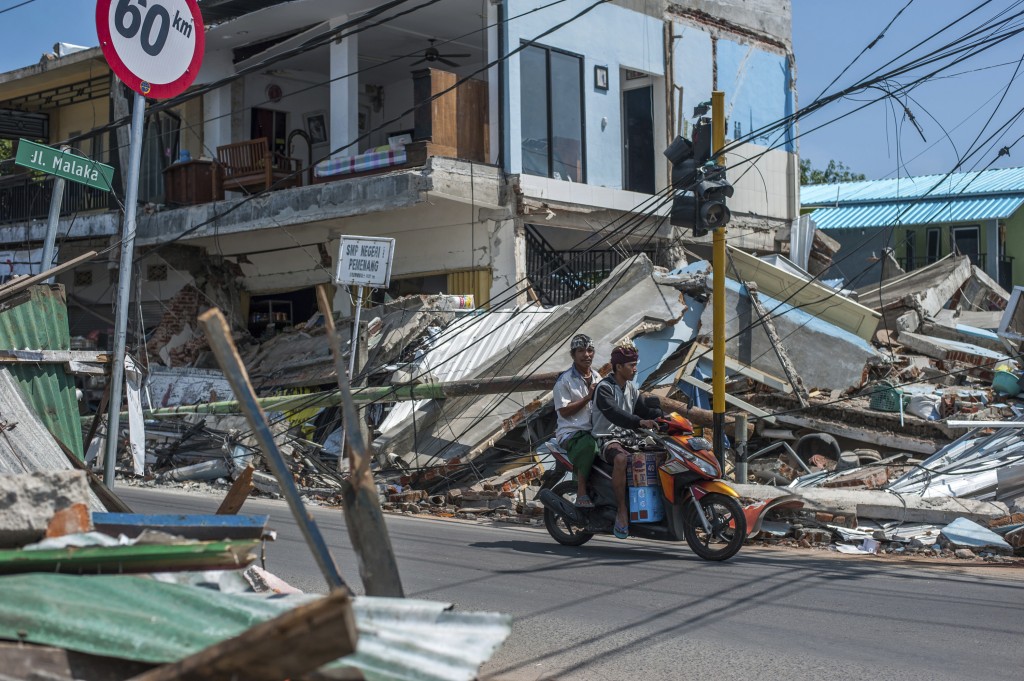 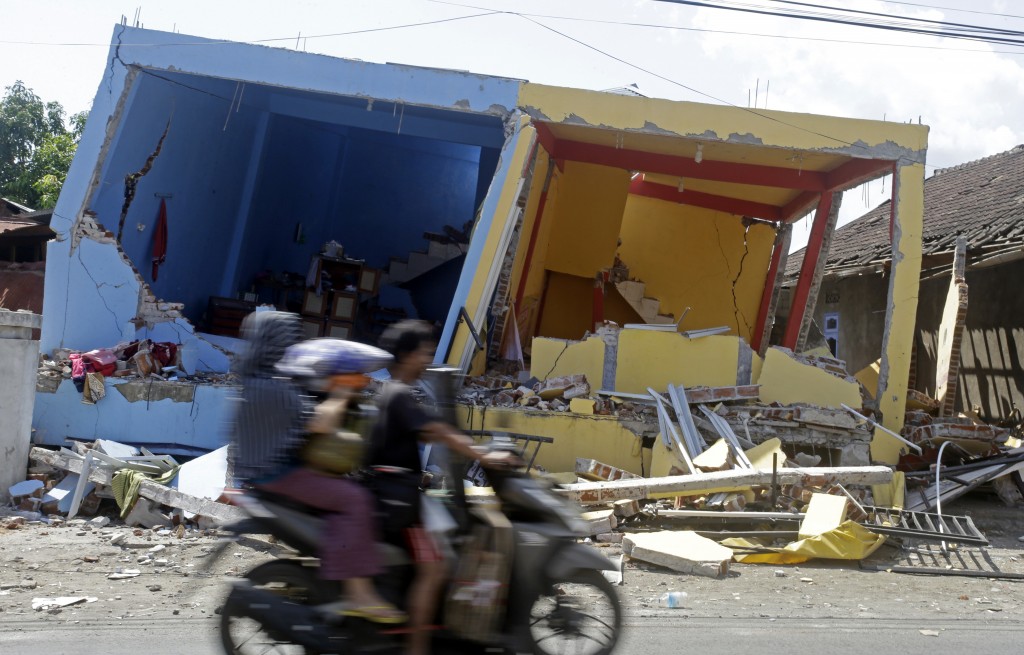 MATARAM, Indonesia (AP) — After a deadly earthquake devastated the Indonesian island of Lombok last weekend, Husni Handayani thought the worst was over.

The powerful quake claimed hundreds of lives, wounded thousands more and displaced over 270,000 people. But it left her own home in the provincial capital, Mataram, unscathed and nobody in her family was harmed.

On Thursday, though, a strong aftershock shook the walls of Handayani's kitchen, prompting the pregnant 27-year-old to run outside in a panic. On a curb outside, she tripped and fell, glimpsing blood on her clothes before blacking out.

"When I woke up ... I was in the hospital, and my (unborn) child was gone," Handayani said, weeping as she told her story Friday in a green tent set up to house patients because it was considered unsafe to treat them inside.

While the 7.0 magnitude quake that struck Lombok on Aug. 5 caused widespread damage and casualties that will never be forgotten here, an incessant wave of aftershocks is fueling a sense that the crisis is far from over — and that the worst may be yet to come.

According to disaster agency spokesman Sutopo Purwo Nugroho, officials have recorded a staggering 450 aftershocks since Sunday. Before that, another strong quake on July 29 had already shaken Lombok, killing 16 people.

Seismic activity is commonplace across the Indonesian archipelago, which is home to more active volcanoes than anywhere else on Earth. The country straddles the so-called "Ring of Fire," an arc of volcanoes and fault lines that stretch across the Pacific Basin. A magnitude 9.1 earthquake off the Indonesian island of Sumatra in 2004 spawned a tsunami that killed 230,000 people in a dozen countries.

Thursday's aftershock, rated at 6.2 by local authorities and 5.9 by the U.S. Geological Survey, buried four people in northern Lombok, Sutopo said. At least two dozen people were injured, including 17 who were still being treated Friday at West Nusatenggara Provincial General Hospital in Mataram.

The midday quake was so strong it rocked a six-story Indonesian naval ship that was treating wounded survivors offshore, causing civilians and crew to scurry off an adjacent concrete dock that had already cracked apart. The quake split apart roads near the coast and sparked landslides that cut off routes used by emergency medical workers and rescue crews who are still trying to clear rubble and recover the dead. At least one rescue team with excavators had to suspend its work after the quake.

In Mataram, several buildings collapsed in clouds of dust and some shops closed. Several hotels sent terrified staff home for the day.

Handayani, who had been nearly three months pregnant, said another strong quake had been the last thing she'd expected. As her husband, Hasanuddin Noer, patted her back to calm her, Handayani said: "We've been trying for four years to have a child. This was very painful."

Noer, 30, said he had considered his family lucky until Thursday.

"If you ask when this disaster will stop, it's like you asked the wind, there's no answer," he said.

Another patient at the hospital with one arm in a sling and an IV in the other, 70-year-old Jami-ah, said she had been sleeping in tents with her family in her backyard, fearing a new earthquake would cause their house to crumble. But she had gone inside briefly to go the bathroom when the aftershock struck.

She fell down, and fell again as she fled down a stairwell from her terrace, breaking bones in her arm. Doctors later discovered she was bleeding internally, somewhere around her stomach.

"Must I live in fear every day? ... It never stops," said Jami-ah, who like many Indonesians uses only one name. "I'm afraid the next earthquake will kill me."