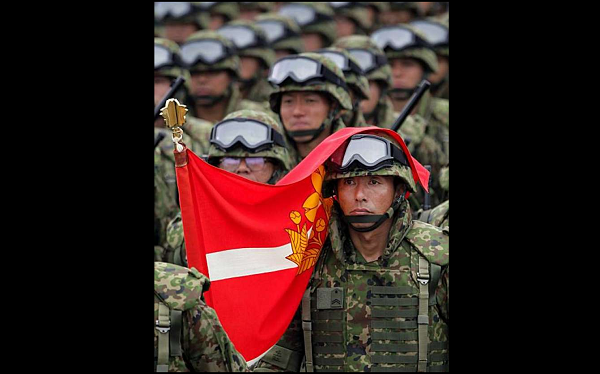 TAIPEI (Taiwan News) – In response to the recent naval exercises in the region by China’s People’s Liberation Army Navy, Japan has announced that its recently activated elite marine unit will hold its first naval exercise before the end of the 2018.

Japan officially activated the 2,100 strong Amphibious Rapid Deployment Brigade (ARDB) in late March, with an inaugural ceremony and training simulation carried out on April 7 of this year. The elite marine unit, which has not been in service since WW2 was activated a precaution against possible military actions that China may take in the East China Sea, which might threaten Japanese territory.

Many analysts point to the Diaoyutai Islands, which Japan administers, but which are also claimed by China and Taiwan, as a likely theater of operations for the ARDB.

The ARDB is headquartered in Sugawara Self Defense Force Base near Sasebo in Nagasaki Prefecture.

The exact region or the extent of the naval training exercise has not been revealed by the Japanese government, however China Times reports that the ARDB Marines are trained to specialize in tactical operations involving AAV-7 amphibious vehicles, CH-47 Chinook helicopters, and V-22 Osprey aircraft.

The exercises will presumably involve approaching and securing an island or series of islands in the East China Sea. The exercises will be the first of a series of training operations which will likely be scheduled regularly for the foreseeable future, reports China Times.

The activation of the ARDB has been criticized as being in contravention of Article 9 of Japan’s constitution, forbidding a standing military.

However, Prime Minister Abe and his supporters in the country’s parliament have hoped to propose an amendment to Article 9 for some time, which would legally permit a “National Defense Army,” while still rejecting war as a sovereign right of the nation, as stipulated by the first point of the Article.