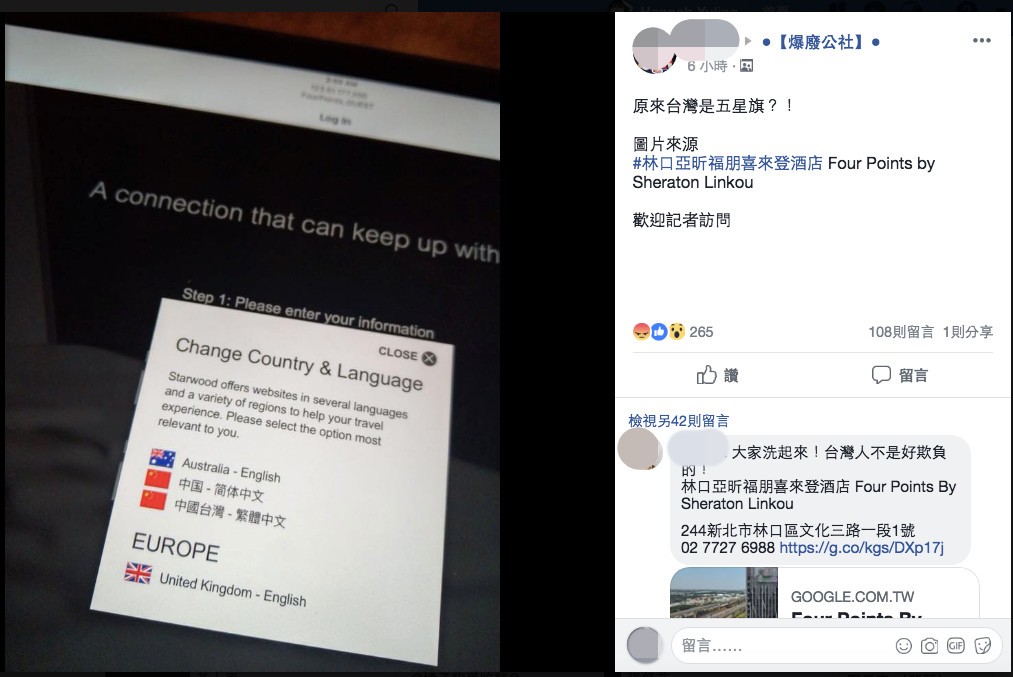 TAIPEI (Taiwan News) -- After Taiwanese netizens yesterday (Aug. 9) became outraged to see Taiwan listed on the Four Points by Sheraton Linkou hotel in New Taipei as a part of China and the red flag of the totalitarian communist state next to it on its Wi-Fi connection screen, the company in the afternoon issued a statement saying that the hotel is directly under the management of Marriott International and all foreign language content must comply with brand specifications and cannot be changed at their own discretion.

The Four Points by Sheraton Linkou hotel in New Taipei started operations on July 30, but yesterday a Taiwanese netizen on the Facebook page Baofei Commune (爆廢公社), posted a screenshot from the hotel's Wi-Fi connection screen showing Taiwan as "Taiwan, China" with a red five-star-flag of China next to it, quickly sparking outrage among Taiwanese. In order to retaliate, Taiwanese netizens swiftly lowered the rating of the hotel on both Google and Facebook to 1.1 stars.

At one point, netizens had been able to change the name of the hotel on Google to "Shina (支那, derogatory term for China) Sheraton Hotel," and "The People's Republic of China Linkou Special Administrative Region Sheraton Hotel." Image of Four Points by Sheraton from hotel's Facebook page.

In response, the hotel on Facebook announced yesterday afternoon that it "is directly under the management of Marriott International and all foreign language content must comply with brand specifications and cannot be changed at their own discretion." However, it said that it had sent suggestions to the "relevant departments of the group."

The message went on to say that the hotel is currently in the trial operation stage and will accept all customers' advice and will try to improve. And in what appears to be a reference to their rock-bottom rating on Google, the post closed by saying, "It is hoped that their efforts at service, will not be erased by everyone because of this incident." Screenshot of Wi-Fi screen from Baofei Commune with Chinese flag next to Taiwan. Screenshot showing Google rating for hotel dropped down to 1.1 stars. 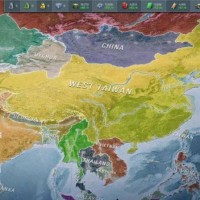