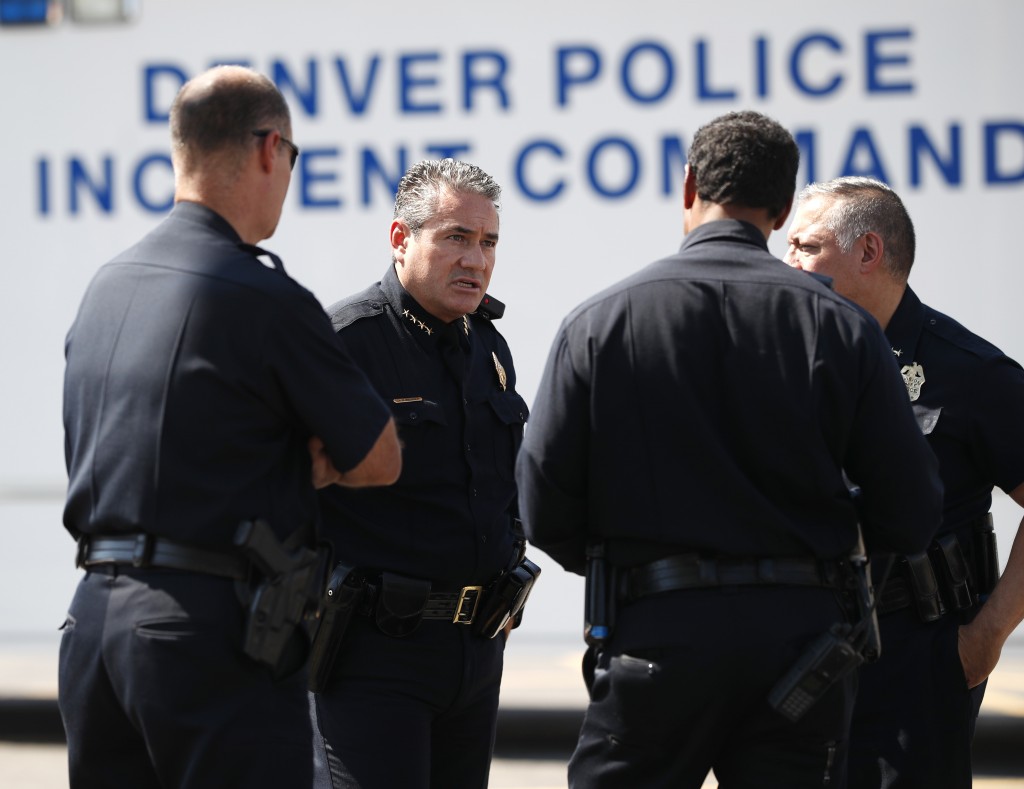 DENVER (AP) — Police were trying to determine if the deaths of three homeless people in Denver are related to a stabbing in the area earlier Thursday.

A 20-year-old man was arrested on suspicion of a stabbing that left the victim critically injured near a light rail station south of downtown, said Joe Montoya, division chief of investigations. A few hours later, a passer-by found the bodies of two men and a woman in the same area.

Their deaths have been deemed suspicious and are being investigated as homicides. Montoya did not say how the three unidentified people died and did not know if the suspect or victim in the stabbing were homeless.

"We are stepping up all of our security measures, not only in this area," he said. "We are going to be doing outreach with our community partners, with the transient community, touching base with them and trying to get them resources and help them find safer places to stay."

Police also were asking the public for any information about the two attacks. Montoya said investigators were searching the area near an Interstate 25 underpass for weapons and DNA evidence.

"Open-air scenes are difficult because there could be evidence scattered in various areas, so they're taking their time scouring the area," Montoya said.

Police surrounded a parking lot with crime-scene tape, and a mobile crime-scene unit was parked between the interstate and a warehouse.