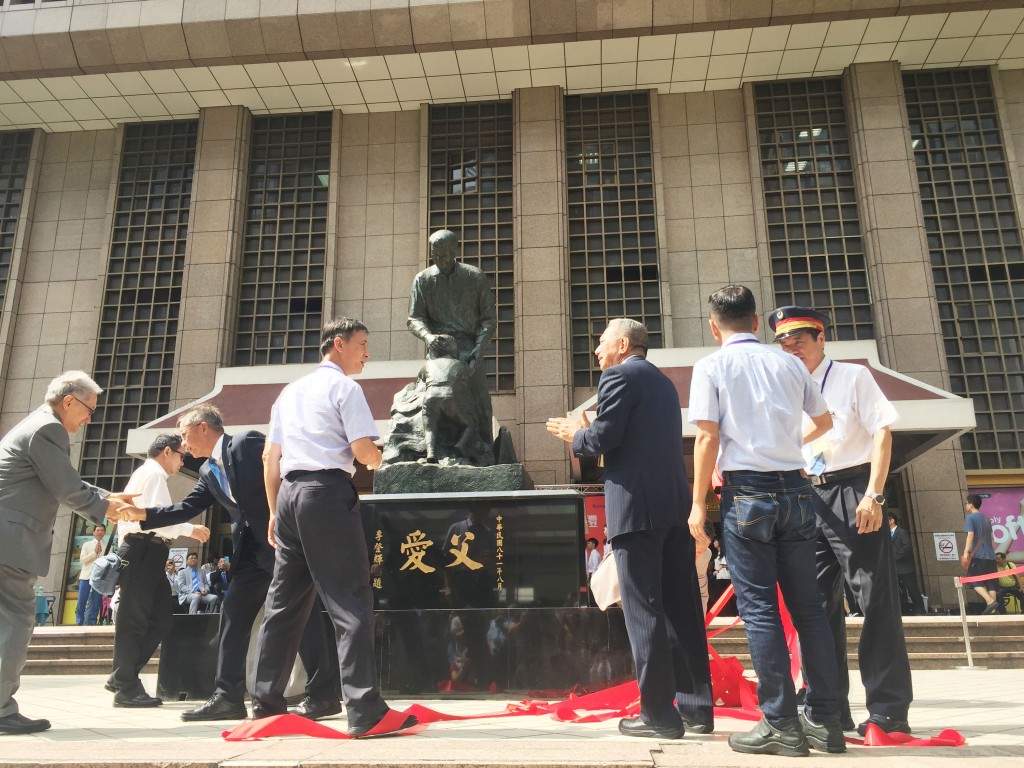 "Paternal Love" was first showcased in front of Main Station Aug. 8, 1988, however due to typhoon and earthquake damage the sculpture was removed for restoration in 1992, and has not been seen publicly since, until today.

The statue was created by the sculptor Arthur Yang (楊奉琛) to portray the benevolent father and filial son ideal. The restoration was possible through donations by the Taipei City Rotary Club.

Director Wen remarked during the unveiling ceremony that he hopes those who pass by the north entrance of Main Station will think of the hardships fathers must endure for the happiness of their children and households, reported CNA.

Former President Lee Teng-hui (李登輝), who was in office when the statue was first erected, was specially invited to the ceremony to cut the ribbon.

In order to prevent the statue from meeting any further weather damage, it has been moved closer to the sidewalk near Civic Blvd.