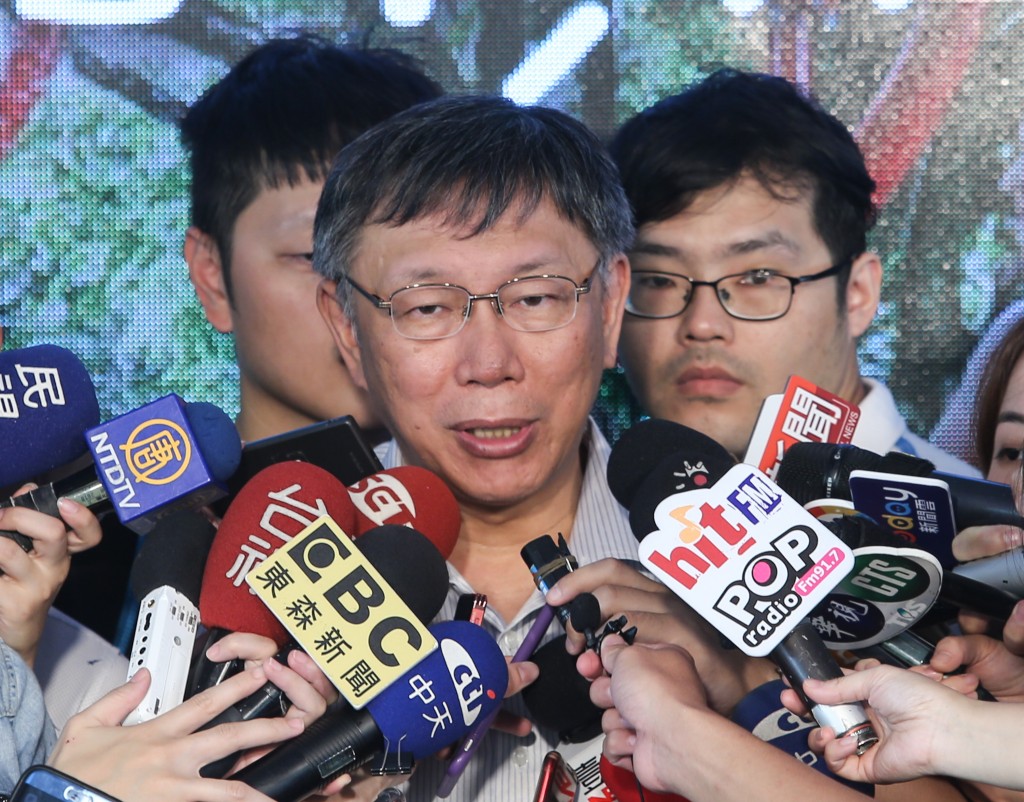 TAIPEI (Taiwan News) — The International Federation of Journalists (IFJ) and its affiliate Association of Taiwan Journalists (ATJ) issued a statement Tuesday, filing a complaint against the Taipei City Government and in particular, Mayor Ko Wen-je (柯文哲), for repeatedly interfering with media reporting.

ATJ General-Secretary Ian Chen (陳益能) said in the statement, “We are left with no choice but to unreservedly condemn Taipei City Mayor Ko Wen-je for the repeated transgressions on journalists’ right to free reporting.”

According to the statement, CTi News Reporter Chen Yun-wen (陳韻雯) was silenced and later on laid off after she claimed that she had got hold of evidence showing that the Taipei mayor had lied about the speech draft he used for the Taipei–Shanghai Forum in Shanghai, China in July 2017.

The speech was considered pro-China and therefore caused great controversy in Taiwanese society last year. Ko later claimed that the draft had been reviewed and approved by the National Security Council (NSC) beforehand even though the NSC denied it.

Later reports suggested that the city government had prepared two speech drafts, and the one that was approved by the NSC did not contain any controversial wording. The CTi News reporter was eventually laid off for reasons that are still unclear as of now.

Another incident took place in January. After Wang Yen-chiao (王彥喬), a reporter from the Storm Media, wrote a report regarding a dispute between the Taipei City Government and contractors for a lantern festival project, the Taipei mayor allegedly demanded heads of the city government to never respond to Wang’s calls for interviews and information.

Later in June, Wang Zhao-bin (王昭濱), a reporter from the Mirror Media, attempted to make an inquiry about a breach of personal information of over 3,000 AIDS patients by the city’s Department of Health, but received an official letter within 24 hours, informing his company of risking legal consequences for holding the documents.

“The pattern of intimidation and harassment of journalists by the [Taipei] City Government raises serious questions about the freedom of the press in Taiwan, and the ability of the press to hold those in power to account,” said the IFJ.

The IFJ and ATJ called for the city government to cease the harassment and boycotting of journalists. In addition, the ATJ also voiced concern about the departure of the CTi News reporter.