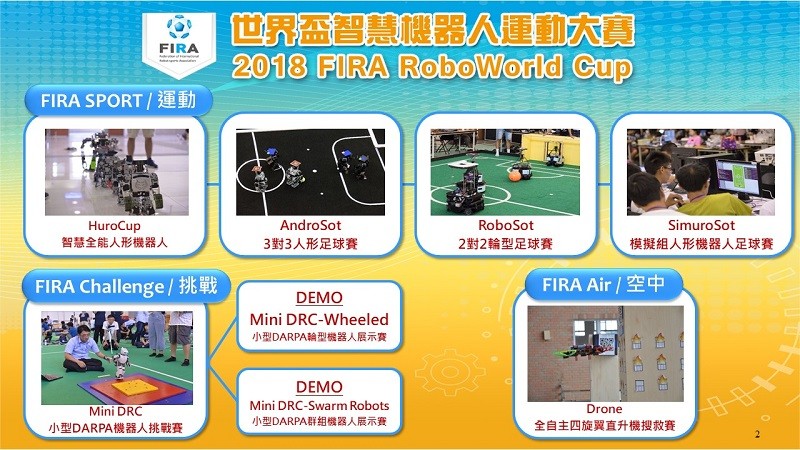 The year’s FIRA RoboWorld Cup is participated by 12 countries including Brazil, Iran, the Philippines, Malaysia, Korea, Canada, Indonesia, Mexico, Russia, Singapore and China, according to a Liberty Times report.

There are a total of 277 teams participating in the competition, the categories of which include HuroCup, AndroSot, RoboSot, SimuroSot, Mini DRC, the DARPA Robotics Challenge, Drone, and a very unique archery contest between humans and a robot, which is reportedly the first such event in the world, the report said. The archery contest took place on the first day of the event and the human team routed the robot, the report said.

In 1996, the Federation of International Robot Soccer Association (FIRA) organized the first robot soccer and other sports competition.“The main goal of FIRA is to promote cutting edge research into robotics, machine learning, computer vision, and artificial intelligence by using robot sports as benchmark problems,” an introduction to the FIRA RoboWorld Cup said.