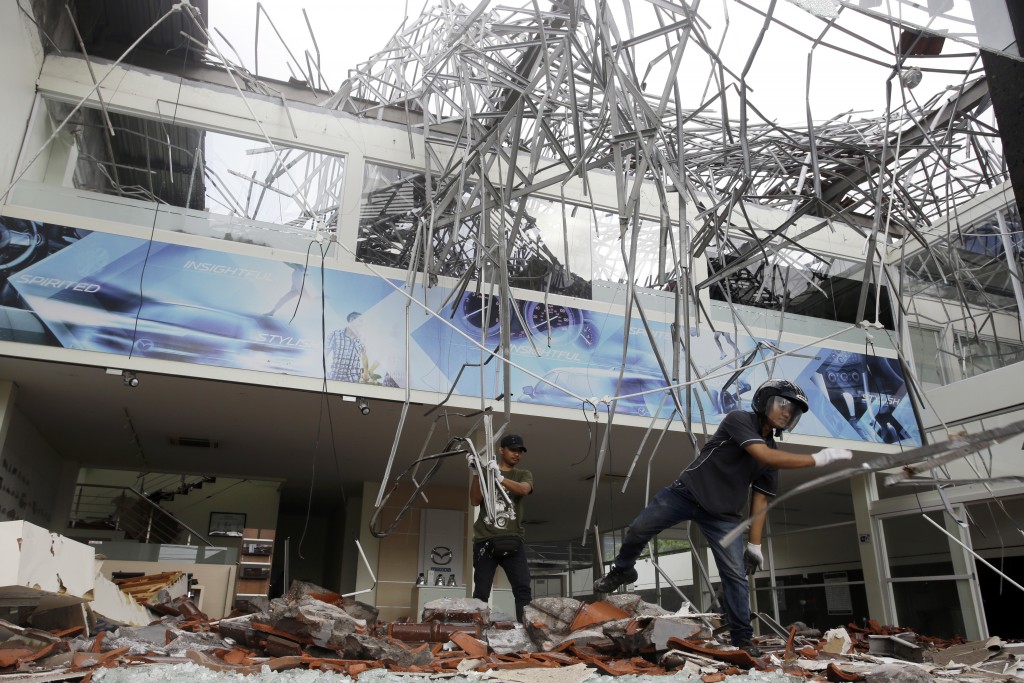 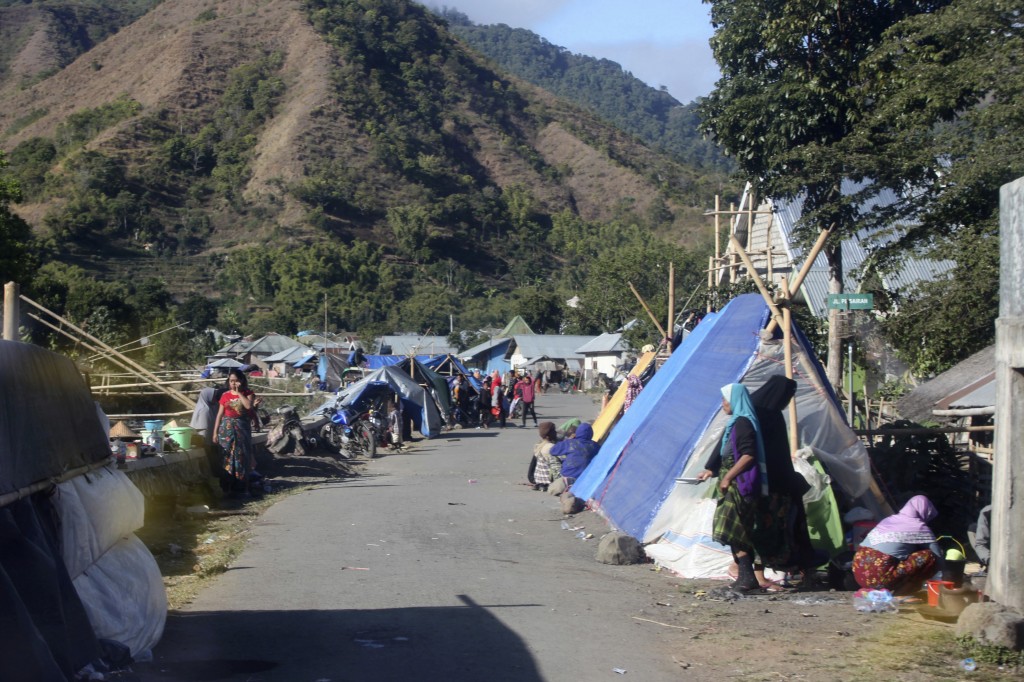 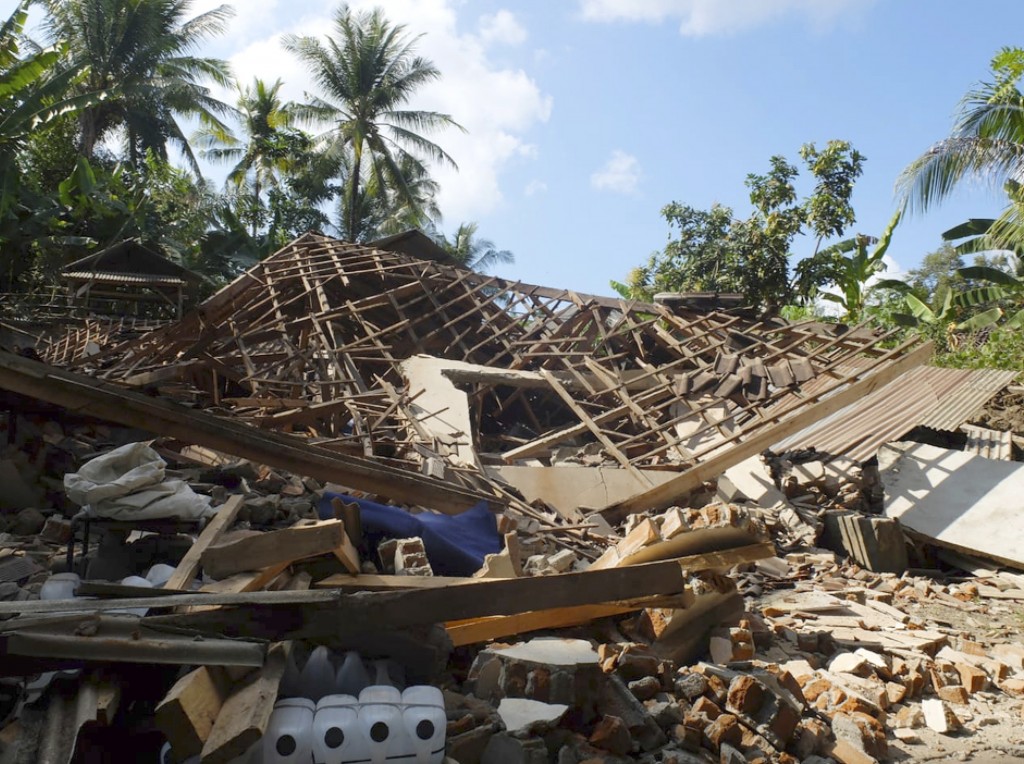 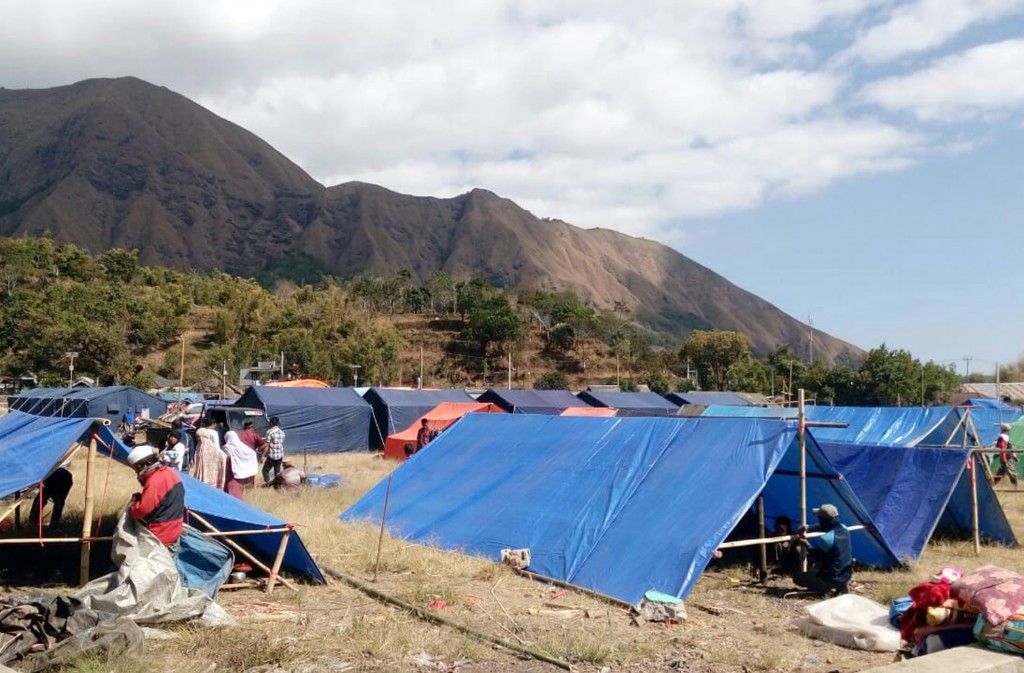 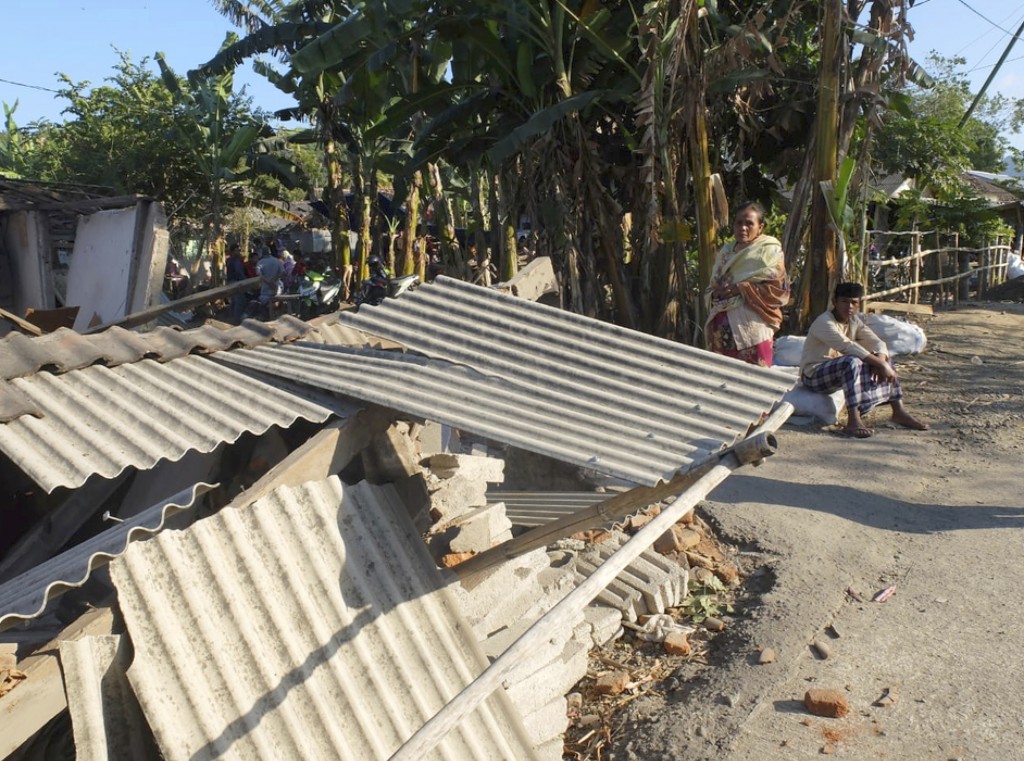 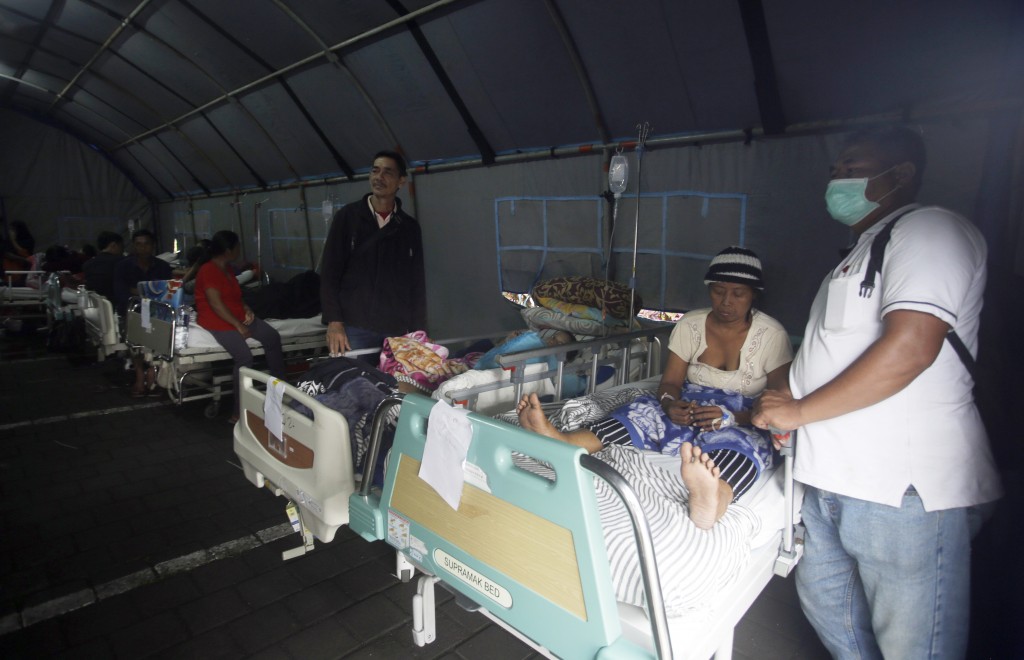 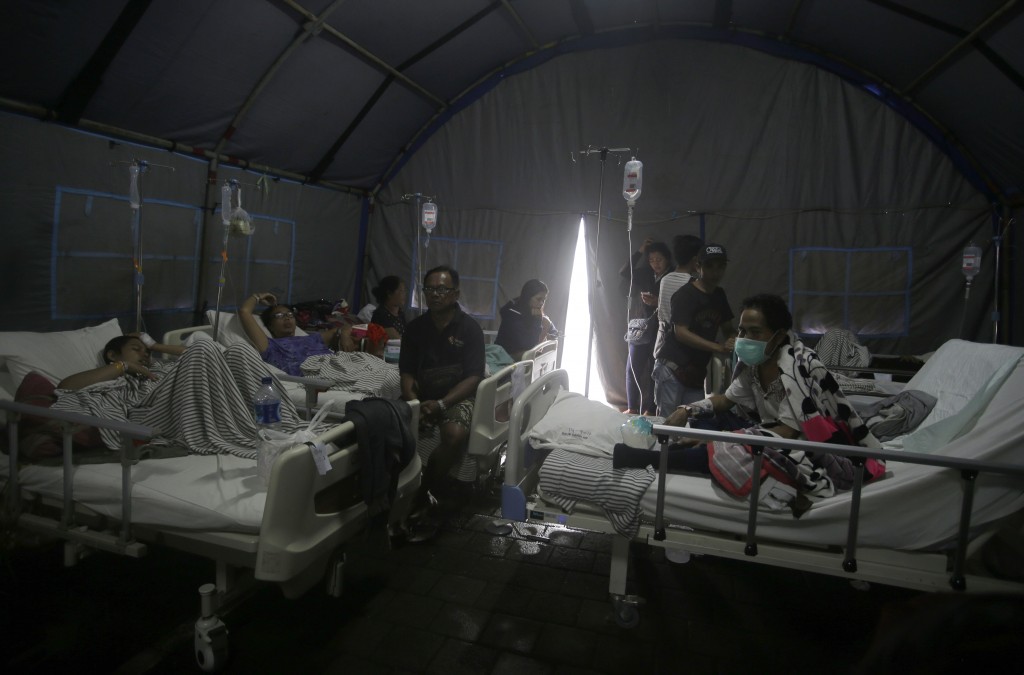 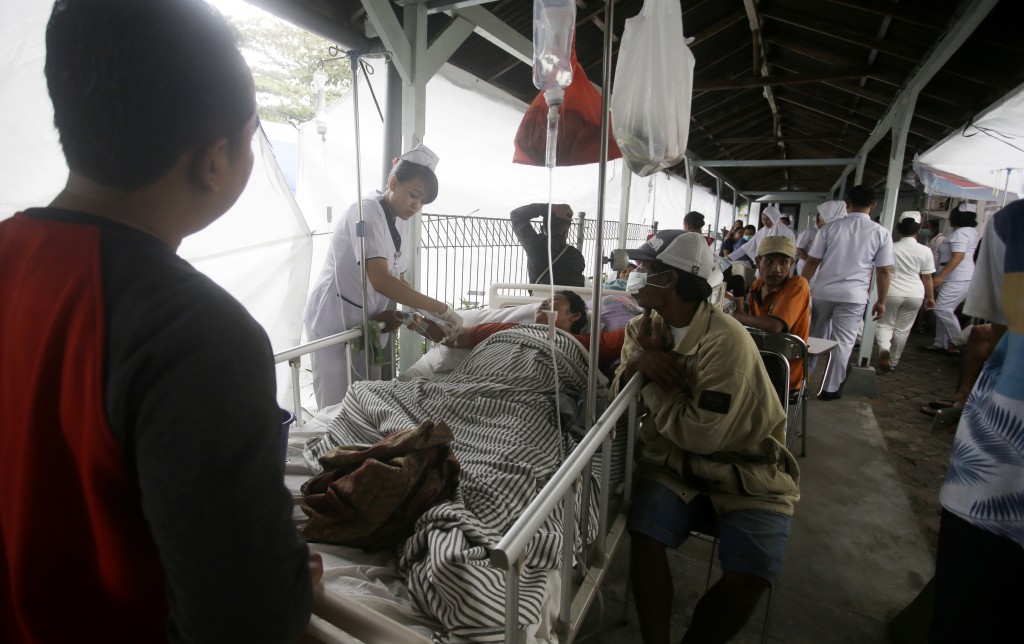 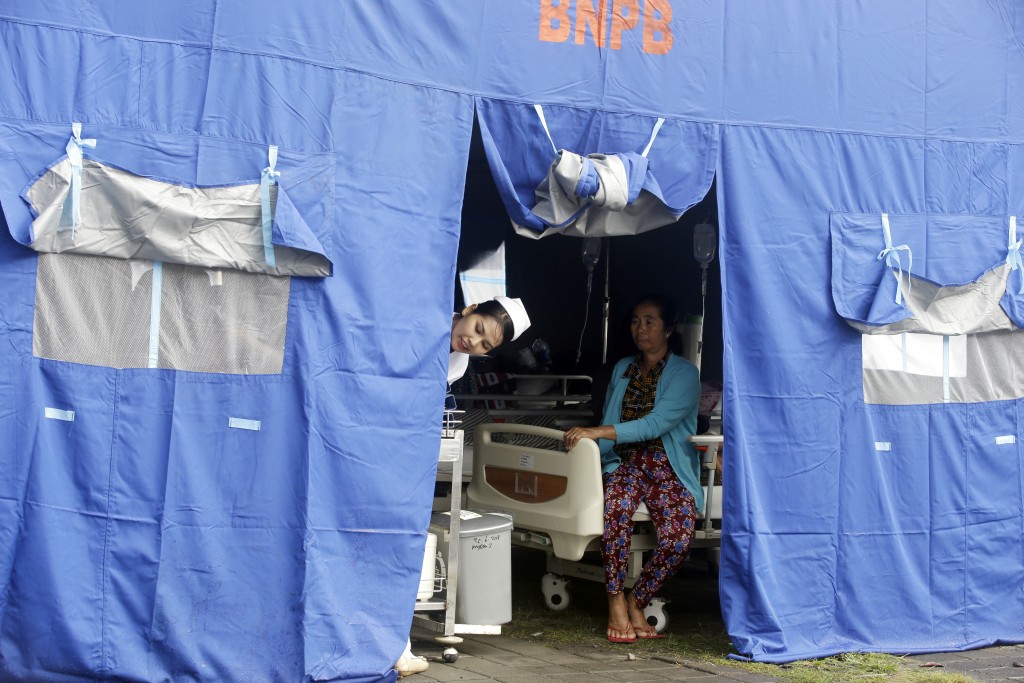 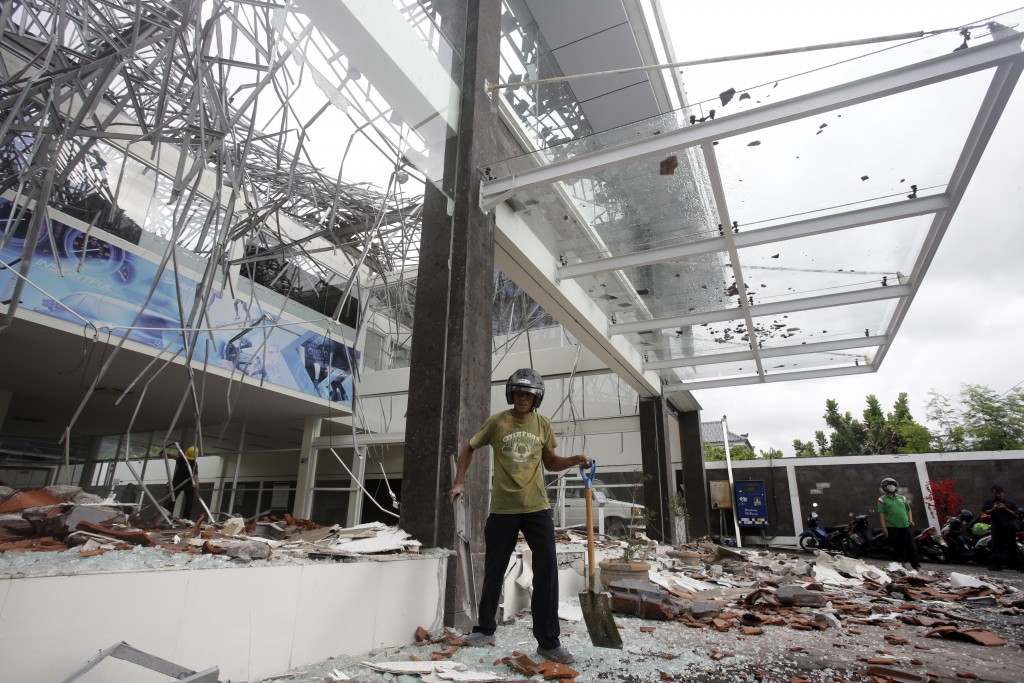 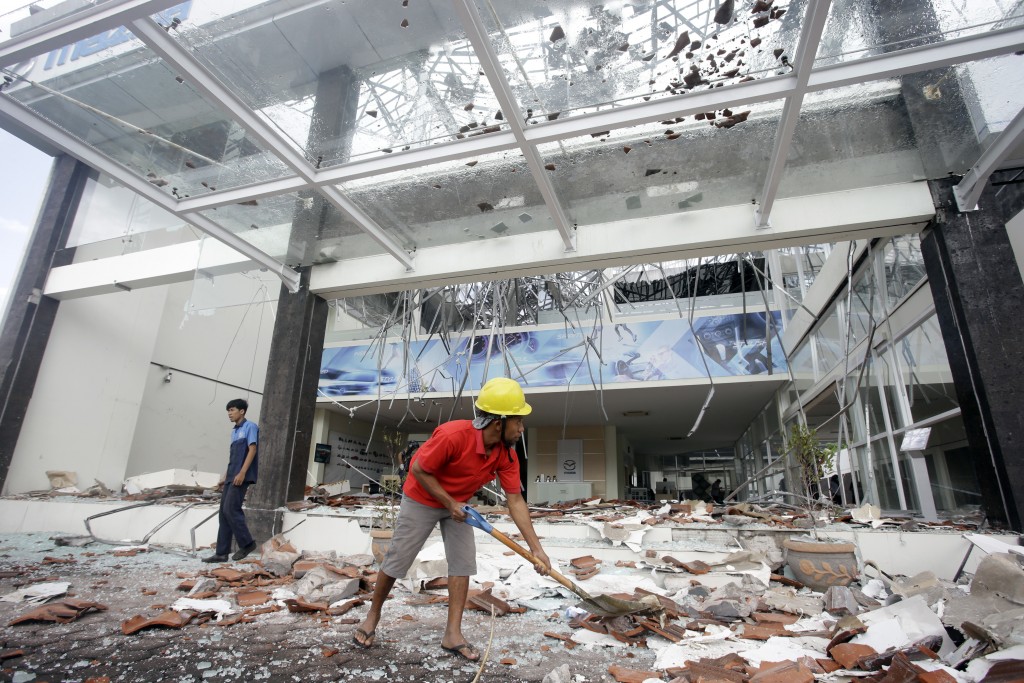 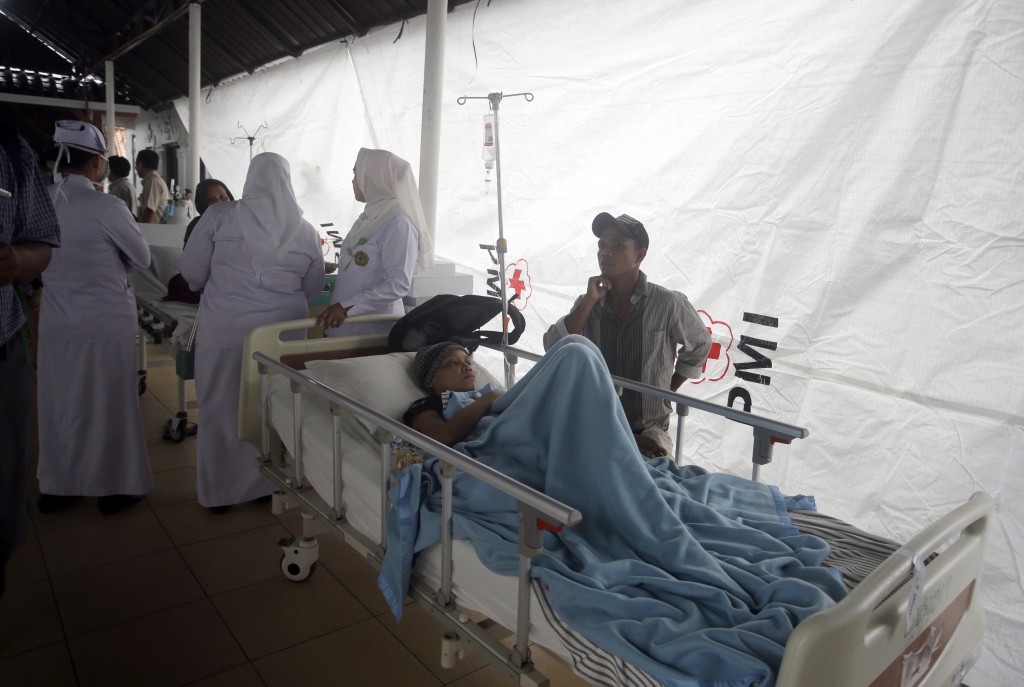 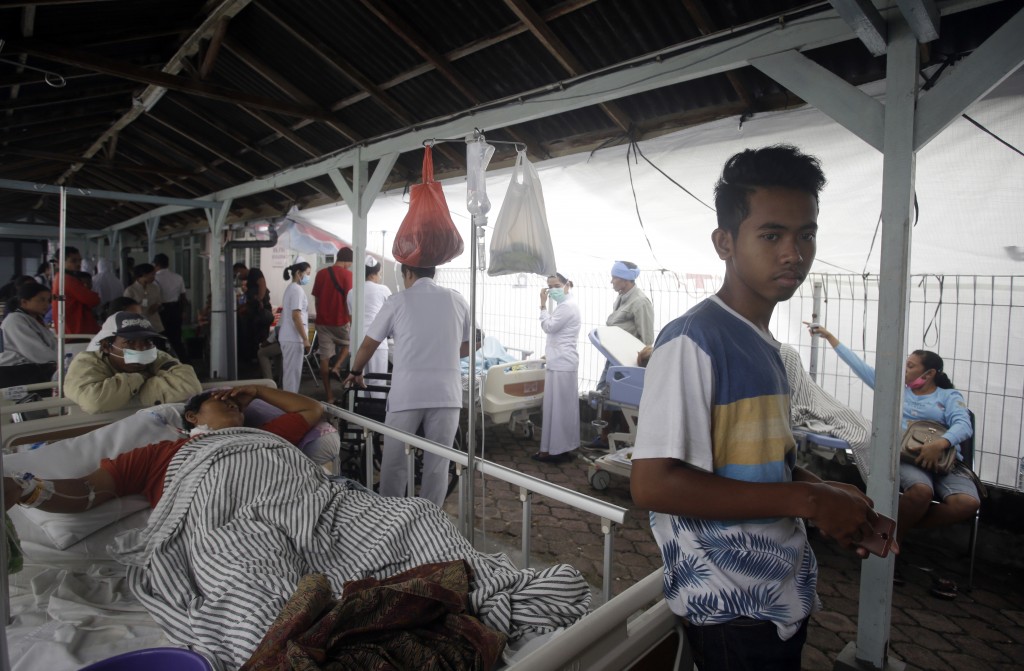 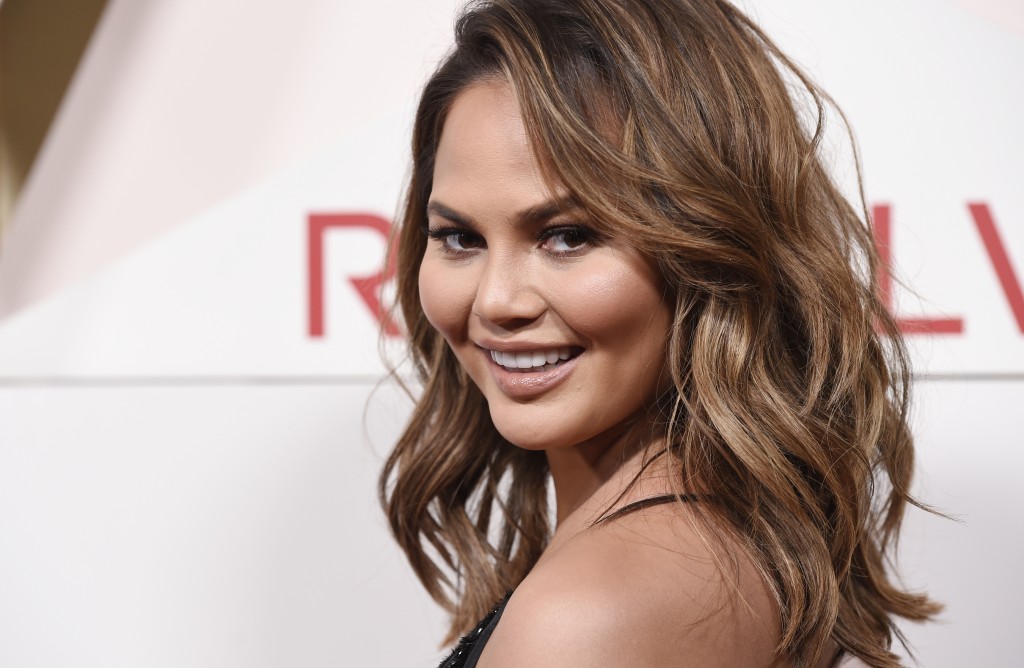 It was the second deadly quake in a week to hit Lombok. A July 29 quake killed 16 people and damaged hundreds of houses, some of which collapsed in Sunday evening's magnitude 7.0 temblor, killing those inside.

National Disaster Mitigation Agency spokesman Sutopo Purwo Nugroho told a news conference that damage was "massive" in northern Lombok. In several districts, more than half of homes were destroyed or severely damaged.

Some areas still hadn't been reached, with rescuers battling against collapsed bridges, electricity blackouts and damaged roads blocked with debris. Lack of heavy equipment was hampering attempts to find victims beneath the rubble of a mosque that collapsed in northern Lombok while villagers prayed inside, Nugroho said.

The death toll had risen to 91 and will "definitely increase," he said, adding that two of the deaths were in Bali and the rest in Lombok. Nugroho at 5 p.m. updated the death toll to 98. More than 200 people were seriously injured. Thousands of homes and buildings were damaged and 20,000 people are in temporary shelters.

The quake, measured at magnitude 7.0 by Indonesian authorities and a still-powerful 6.9 by the U.S. Geological Survey, struck early Sunday evening at a fairly shallow depth of 10.5 kilometers (6 miles) in the northern part of Lombok. Shallow quakes tend to cause more damage than deeper ones.

"We were sitting there having dinner at about 7 o'clock last night, we just felt really big sort of shaking and the lights went off and everyone just ran," said Australian tourist Kim Liebelt as he waited with other travelers for a flight out at Lombok's international airport.

"And then the roof started falling down on us, rocks and rubble and then just everyone running to get away," he said.

Videos showed screaming people running in panic from a shopping mall and a neighborhood in Bali where parked vehicles swayed. On Lombok, soldiers and other rescuers carried injured people on stretchers and carpets to evacuation centers. Many victims were treated outdoors because hospitals were damaged.

"People panicked and scattered on the streets, and buildings and houses that had been damaged by the previous earthquake had become more damaged and collapsed," Nugroho said.

The quake triggered a tsunami warning and frightened people poured out of their homes to move to higher ground, particularly in North Lombok and Mataram, the capital of West Nusa Tenggara province. The warning was lifted on Sunday after only small waves were recorded.

"I was watching TV when I felt a big shake," said Harian, a Lombok woman who gave one name. "The lamp was shaking, and people were shouting 'Get out.' I ran out into the dark because the power cut off."

On Gili Trawangan, one of three popular vacation islands near Lombok, thousands of tourists and locals spent the night on a hill fearing a tsunami, said British visitor Saffron Amis.

"There was a lot of screaming and crying, particularly from the locals," said Amis, from Brighton. "We spoke to a lot of them and they were panicking about their family in Lombok. It was just a lot of panic because no one knew what was happening."

Thousands of people are now trying to get off the island, she said, describing the mood as both somber and panicked.

Hundreds of people packed a sliver of brilliant white beach on the 16-square-kilometer (6-square-mile) island, shouting at rescue personnel trying to ensure an orderly evacuation, video and photos supplied by the local water police showed.

Nugroho said there were no fatalities among the local and foreign tourists and a joint search and rescue team had deployed three ships to evacuate people.

Like Bali, Lombok is known for pristine beaches and mountains. Hotels and other buildings in both locations are not allowed to exceed the height of coconut trees.

Indonesia is prone to earthquakes because of its location on the Pacific "Ring of Fire," an arc of volcanoes and fault lines in the Pacific Basin. In December 2004, a massive magnitude 9.1 earthquake off Sumatra island triggered a tsunami that killed 230,000 people in a dozen countries.

Australian Home Affairs Minister Peter Dutton, in Lombok for a regional security meeting, said he and his delegation were eating dinner in their hotel's 12th floor restaurant when the quake struck, plunging the building into darkness and throwing people to the floor.

"Mate, we were knocked certainly to the floor. It was the violence of the shaking of the building — was pretty dramatic," he said in a radio interview. "Everyone's a bit shaken, but all well, but people out in the villages or elsewhere haven't been so lucky, unfortunately."

The Bali and Lombok airports continued operating Sunday night, according to the director general of civil aviation. There had been a half-hour evacuation at the Lombok airport following the quake because the electricity went off.

Model Chrissy Teigen, who was in Bali with singer-husband John Legend and their two children, live-tweeted the shaking.

"Bali. Trembling. So long," Teigen tweeted to her 10.6 million followers.

Several hours later, she asked news organizations not to write more stories about her lively stream-of-consciousness tweets, suggesting media share information to help those who need it instead.