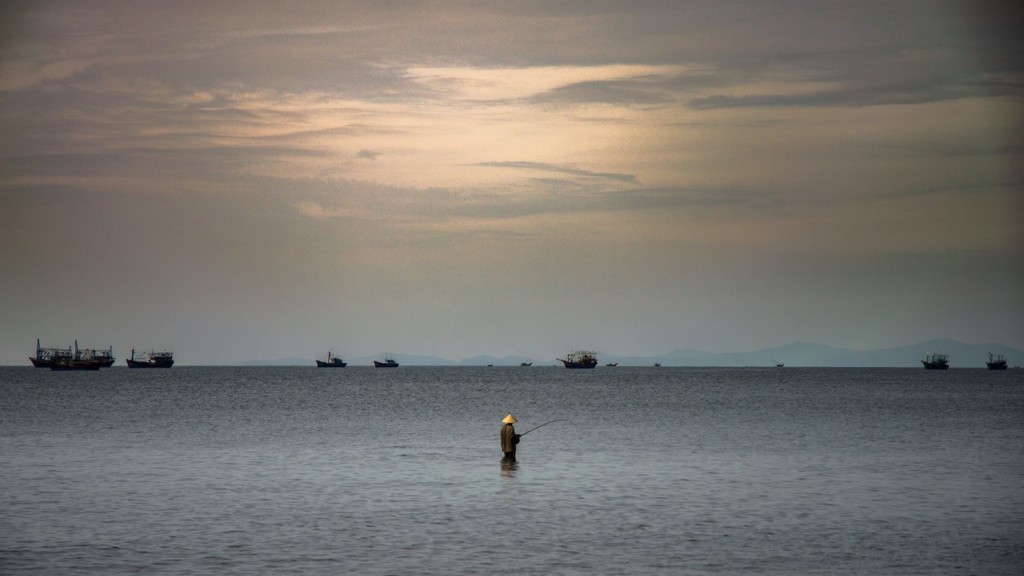 HANOI (East Asia Forum) -- China has long been infamous for incorporating maritime militias into its fishing industry to assert its sovereignty claims. With the world’s largest fishing fleet, comprising 370,000 non-powered and 762,000 motor-powered vessels, China has the capacity and resources to push more of its fishermen to the front line of maritime disputes.

Recent years have witnessed an increasing number of clashes between Chinese fishermen and the coast guards of other countries in the region. As the most serious challenger of China’s hegemonic ambition in the South China Sea, Vietnam is combining different tactics to respond.

Vietnam has reinforced its own fishing fleet to sail out to the disputed waters. In 2009, Vietnam’s National Assembly passed the Law on Militia and Self-Defense Forces that paved the way for the ‘fishing militia’ to officially operate.

A year later, then-prime minister Nguyen Tan Dung ratified Plan 1902 to pilot the operation of the maritime self-defense forces. An estimated 8000 vessels and 1.22 per cent of Vietnam’s maritime labor are members of the fishing militia.

Then, in the 2014 HD-981 incident, a deep-water Chinese oil rig moved into Vietnam’s exclusive economic zone and dozens of Vietnamese wooden boats surrounded the area to assist the coast guard in the standoff. Although there was no official call from the government, a letter of encouragement by then-president Truong Tan Sang and a call from the state-sponsored Vietnam Fisheries Society for fishermen to sail to the disputed waters implied that Hanoi implicitly incorporated civil vessels into sovereignty-protection activities.

Steel-hulled Chinese fishing boats also took part in the standoff, which led to perhaps the first time that two covert fishing militias collided with each other. This did not end well for the Vietnamese: a wooden boat was sunk and several others were badly damaged. Following the HD-981 incident, Vietnamese policymakers were willing to commit more resources to strengthen their largely outdated fishing fleet. Two months after the standoff Hanoi issued Decree 67, which aimed to support fishermen to build bigger and more modern steel-hulled boats that are able to resist bad weather and threats from Chinese vessels and venture further into contested areas.

The government assigned a preferential loan of around US$400 million in just three years to support building new fishing boats and renovating old ones. Around 800 ships have been built, half of which are steel-hulled. An additional 2000 ships are qualified for the government’s credit program and will receive funding soon.

Vietnam does not have either the resources or political will to go head-to-head with China in the South China Sea. The number of Chinese fishing vessels has increased dramatically from just 50,000 in 1979 to over 700,000 in 2014.

Among these, 200,000 are offshore fishing vessels that can venture as far as the South Pacific. Vietnam had just 30,000 offshore fishing boats in 2014. As a low middle-income country, Vietnam cannot afford to pay around US$27,000 for a trip to disputed waters to assert sovereignty as China has been alleged to do.

Upgrading the fishing fleet is part of Hanoi’s multi-dimensional approach, which includes empowering the official maritime law enforcement and cooperating more closely with the international community on fishing issues. The National Assembly is currently discussing a new draft law to give the Vietnamese Coast Guard (VCG) more power and resources to carry out their sovereignty-protection activities.

In recent years, the VCG has also received technical and equipment assistance from China’s competitors, particularly the United States, Japan and India. Along with the VCG, the Vietnam Fisheries Resources Surveillance (VFRS) was established in 2013. The VFRS is armed and allowed to use force if necessary. Those two units, under the cover of civilian law enforcement, will reinforce Vietnam’s position in the South China Sea. Vietnam recently accelerated its collaboration with its neighbours to prevent illegal fishing, particularly after Hanoi was yellow-carded by the European Union last year. Vietnam signed a Memorandum of Understandingwith Australia to tackle illegal fishing in 2017.

Hanoi has also pledged to cooperate with Indonesia, a country that has destroyed dozens of Vietnamese boats and captured nearly 600 Vietnamese citizens for illegally fishing in Indonesia waters. At the national level, Vietnamese Prime Minister Nguyen Xuan Phuc approved a national plan in early 2018 to prevent illegal, unreported and unregulated fishing by 2025.

Vietnamese leaders are well aware that as a small country, the only feasible way to counter Beijing is to abide by the international order, not defy it. After an international arbitral tribunal ruled that Scarborough Shoal is the traditional fishing ground for fishermen of regional countries, Vietnamese ships and VCG vessels were present in the area. This is a smart move to keep the ruling alive, particularly after the recent warming in China–Philippines relations.

Small countries cannot keep up with China, either economically or militarily, in the South China Sea dispute. But staying inactive and just calling for help from the international community in this time of chaos does not work well either. Vietnam’s act of balancing between reinforcing their own fishing fleet and adapting to international law might be the optimal choice for Southeast Asian claimant states to cope with China’s new tactics.