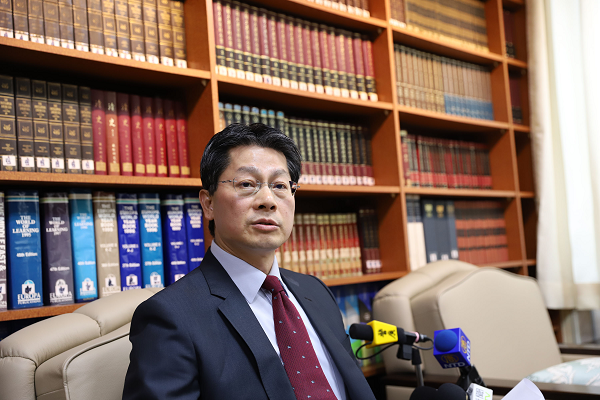 TAIPEI (CNA) -- Taiwan has the capacity and is willing to participate in multilateral negotiations in a joint effort to promote peace and stability in the South China Sea, the Ministry of Foreign Affairs (MOFA) said Friday.

It also reaffirmed its territorial claims in the region.

The ministry's comments came in the wake of an agreement between China and the Association of Southeast Asian Nations (ASEAN) on a draft code of conduct (COC) that lays the foundation for negotiations over the disputed South China Sea.

The agreement was reached at the annual ministerial meeting between China and ASEAN member states in Singapore on Thursday.

Though Taiwan holds Taiping Island in the Spratly Island chain, it was shut out of the agreement because of its diplomatic isolation and China's suppression, but Taiwan feels it should have a say.

Taiwan is a constructive member of the international community and has the will to deal with issues related to the South China Sea based on the "four principles" and "five actions" put forth by President Tsai Ing-wen (蔡英文) in July 2016, Lee said.

According to MOFA, one of the four principles includes settling the dispute peacefully in accordance with international law and the law of the sea, including the United Nations Convention on the Law of the Sea (UNCLOS).

The "five actions" pertain to safeguarding the Taiwan's fishing rights and its rights to participate in multilateral negotiations, to promote scientific cooperation, to strengthen humanitarian response and to continue nurturing and encouraging research talent in the law of the sea.