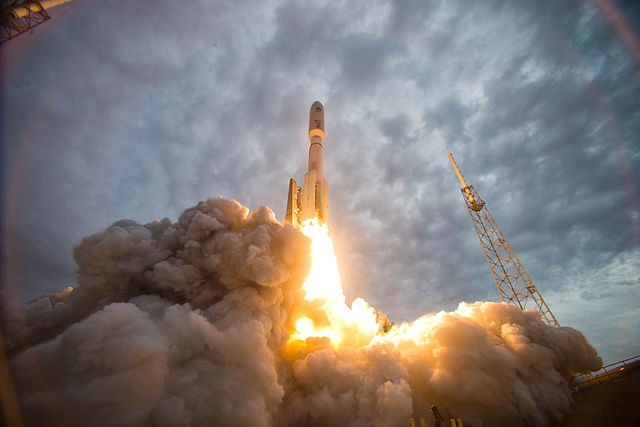 TAIPEI (Taiwan News) – Taiwan is waiting on U.S. confirmation for the launch date for six microsatellites, as part of the joint FORMOSAT-7 weather observation program.

The joint program between Taiwan's and the U.S.'s space programs will help to collect the most diverse meteorological data in the world, reports say.

The program will launch 12 remote sensing microsatellites in total, to collect atmospheric data for weather prediction and for ionosphere, climate and gravity research. As part of the partnership, Taiwan's National Space Organization (NSPO) will design, procure, and integrate 12 spacecraft.

The goal of the program is to improve global weather prediction through collecting atmospheric and ionospheric data for predictive purposes, as well as monitoring meteorological, climate, and other events.

Taiwan's Minister of Science and Technology, Chen Liang-gee (陳良基) said that the expected launch of six microsatellites may take another six months, reported the Liberty Times.

Six of the microsatellites were planned for launch 2017.

NSPO head Lin Chu-liang (林俊良) said that they are waiting for the U.S. to confirm the launch time, before sending the satellites to the U.S., reported the Liberty Times.

The collective weight of the six microsatellites will total around 1.8 metric tons, he added.

Chen said that the FORMOSAT-7 showed the world three things about Taiwan. It shows the world Taiwan's space capability, Taiwan's technical skill, because controlling the satellites from Earth is difficult, and lastly, Taiwan's advanced ability in weather prediction.