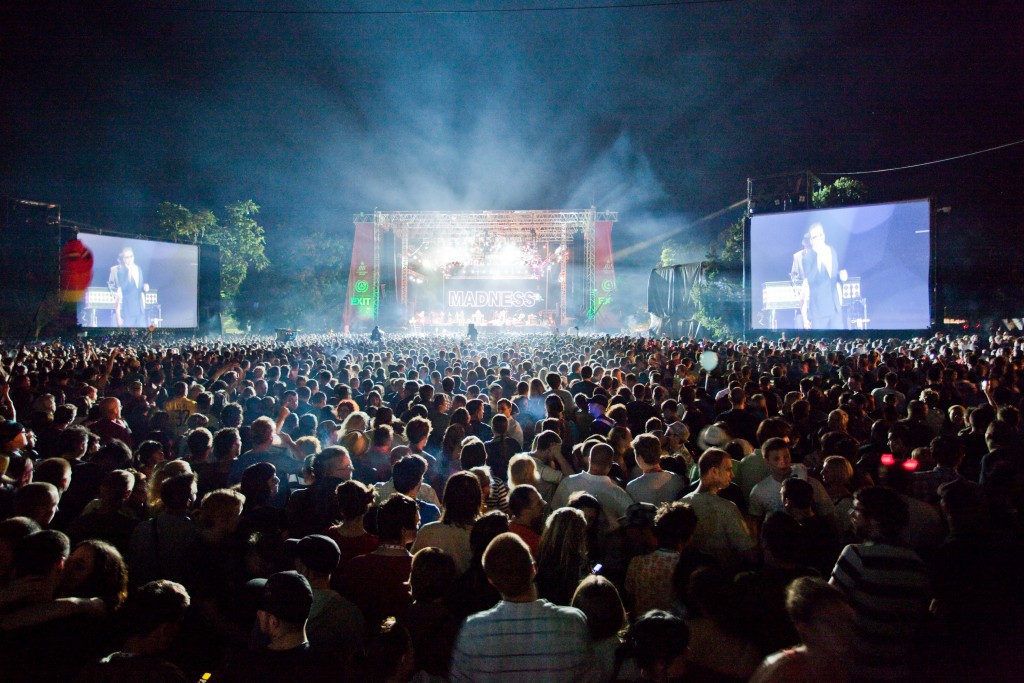 TAIPEI (Tawian News) -- Earlier this week, it was announced that a free two-day indigenous music festival will take place in Taitung this weekend. The festival, which will feature Chen Chen-nien (陳建年), A-Lin, and a host of other indigenous stars from Taiwan and a number of island nations from the South Pacific.

Summer is the season for music festivals, but Taiwan’s climate means that here they can take place all year round. And they do. There are a growing number of music festivals in Taiwan, which offer a diverse range of music and some fantastic once-in-a-lifetime experience.

This article highlights my picks for Taiwan’s Top Music Festivals. If I have left out your favorite, or you know of some hidden gems I might have overlooked, why not share them with our readers on our Facebook or Twitter pages: Taipei Jazz Festival is one of Taiwan’s most established music festivals and it takes place right in the center of the city. The main focus of events is at the main stage which is situated in Da'an Park, but don’t limit yourself to this area. There are a huge range of talks, workshops, and events at different venues across the city. It is the perfect opportunity to get a feel for the Taiwan Jazz scene as well as experience Jazz music by artists from across the world. The Taipei Jazz Festival takes place in September and October. If alternative rock music is your thing, then Beastie Rock is the best festival in Taiwan for you. This multi-stage event takes place in New Taipei City’s Tamsui Cultural Park and a collection of nearby old warehouses close to the Tamsui River. It is an overtly political event with artists and attendees tending to be active in trying to change Taiwan for the better. As a result, as well as music there is no shortage of political related activities and events, and a strong presence by NGOs and other campaign groups. The 2018 Beastie Rock Festival takes place on the weekend of Oct. 5. The Sun Moon Lake International Fireworks and Music Festival is perhaps one of Taiwan’s most atmospheric music events. Visitors get to enjoy some of Taiwan’s top bands and singers in one of the country’s most iconic and beautiful locations. The music will continue as the sun sets over the lake before an enormous fireworks display brings the event to a conclusion. It is a real family event too, with the start of the day seeing sports events and activities as well as a group wedding, which is always a truly special and unique spectacle. This unique festival, which was founded by a group of expats living in Taipei, is held on Tiger Mountain in December of each year. The ramble, as it is affectionately known, brings together a variety of artists playing a mix of folk, rock, and Americana in a totally unique venue - a former temple surrounded by the greenery of the mountain. Despite the remote setting, the location is just a 20-minute ramble from Houshanpi MRT station. As well as live acts, there are assorted DJs and other activities, making the Ramble a great event for the whole family. Even pets are welcome! The famous Spring Scream event takes place in the picturesque park surrounding the Eluanbi Lighthouse near Kenting. Held in April each year, Spring Scream draws thousands of people to the southern-most point of Taiwan to enjoy a multi-stage event which frequently attracts some of the biggest names in Taiwanese music and some more international stars too. Camping is available on-site, and Spring Scream is renowned for having the atmosphere of a western music festival together with a distinctively East Asian soundtrack. Another April festival which takes place in the south of the country is Kaohsiung’s Megaport Festival. This event, which takes place at the city’s famous Pier 2 Arts Centre (駁二藝術特區) is one for fans of heavier music, with heavy rock at metal music to the fore. Having been founded by Freddy Lim, vocalist for Chthonic, and now elected Taiwanese legislator, there is certainly more of a political edge to proceedings these days too. If dance music is your thing, then the Taiwanese edition of Looptopia is probably the biggest event around. Taking place in April near Taoyuan, it claims to be the biggest outdoor music festival in the country. The organizers are an experienced bunch having organized more than 40 dance events across Taiwan. In their time, they have drawn big-name international DJs to Taiwan along with the crème de la crème of the Taiwanese DJ scene. It also boasts onsite camping and plenty of other interactive installations and events to get involved in. It makes for a vibrant, colorful, and pumping festival which is a must for dance music fans. The 2018 Ho-Hai-YanRock Festival has just finished at Fulong Beach (福隆海水浴場) on the northeast coast. But it will be back with a vengeance again in 2019 and is well worth making plans to attend. Ho-Hai-Yan was founded in 2000 by Taiwan Colors Music and the New Taipei City Government. As well as established names in Taiwanese and East Asian rock, the festival also doubles as talent competition with unsigned bands competing for a cash prize and a chance at stardom. A number of established Taiwanese singers and bands began their career with success at Ho-Hai-Yan including Cheer Chen, Fire Ex., and Crowd Lu.