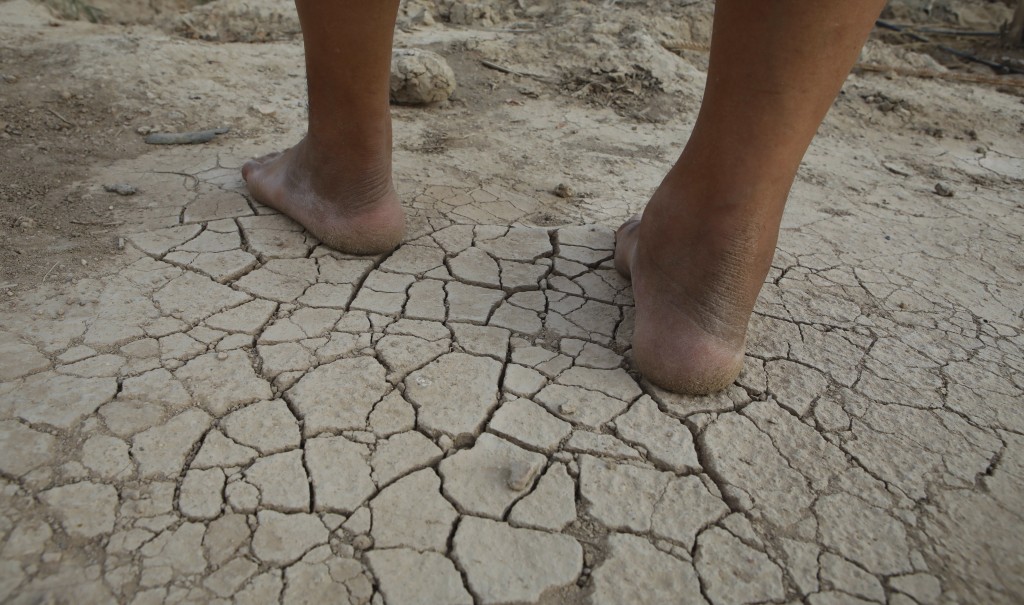 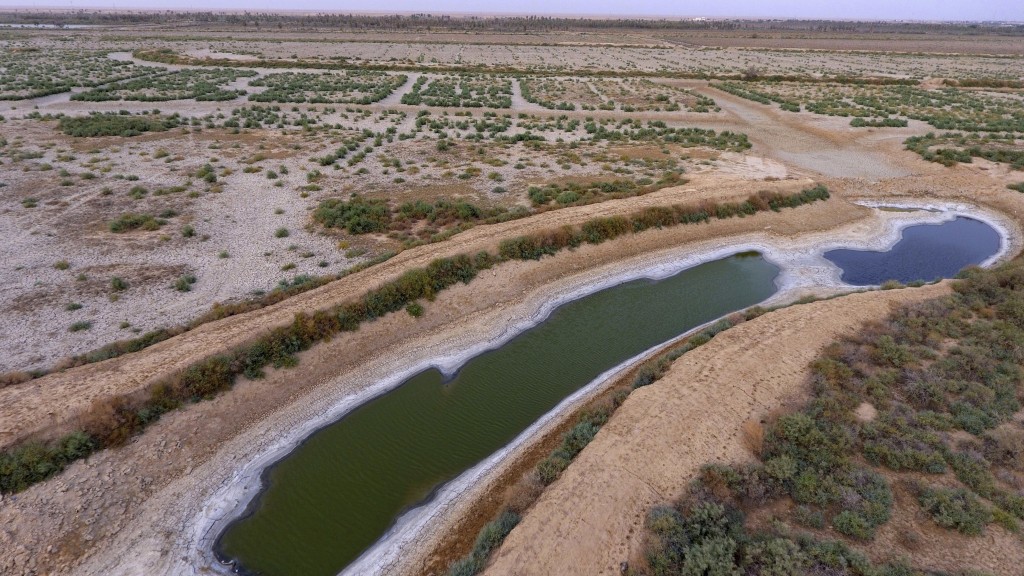 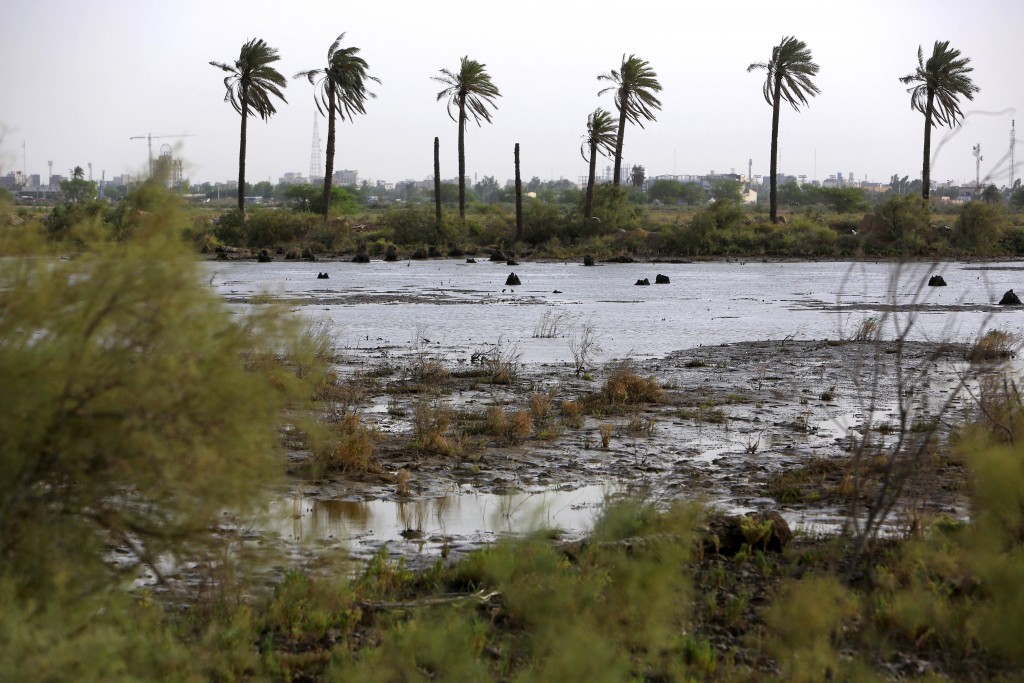 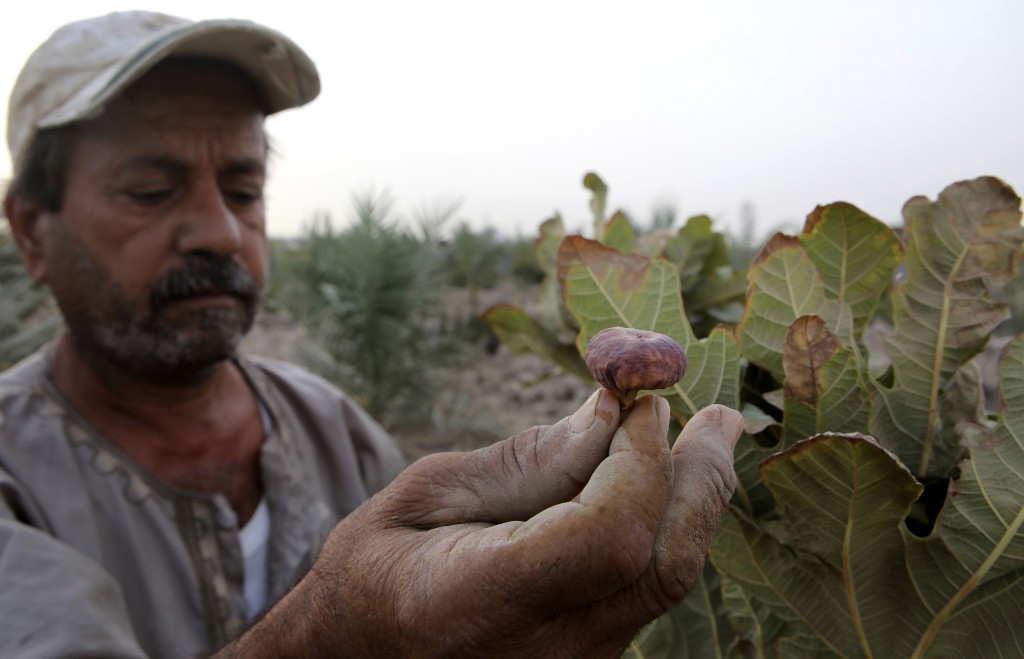 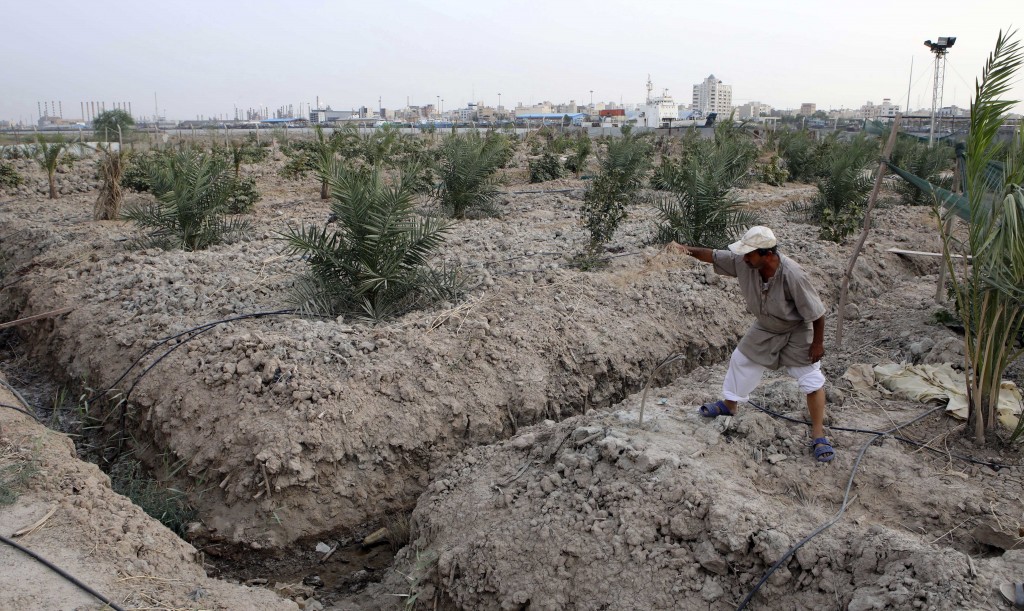 BAGHDAD (AP) — Qassim Sabaan Ali has spent the past 15 years tending to orchards in southern Iraq, only to see them wither or die as saltwater has seeped into the once-lush soil.

The southern city of Basra was once known as the "Venice of the East" because of its freshwater canals, and Iraq itself is still known as the "Land Between the Two Rivers" — the Tigris and the Euphrates — which have nourished civilizations since antiquity.

But upstream dams in Turkey, Syria and Iran have shrunk the rivers and their tributaries, seasonal rainfall has dropped and infrastructure has fallen into disrepair. The result is an acute lack of freshwater that has allowed a salty tide from the nearby Persian Gulf to advance north from the Shatt al-Arab waterway — the confluence of the Tigris and the Euphrates that Basra residents depend on — and seep into once-lush farmland.

Ali's fig, apple and palm trees are dying off, and the water from the taps is so salty and polluted it cannot even be used for cooking or washing.

"It's an aching feeling when you see the hard work of years withering away and slipping through your fingers," Ali, who lives in the Siba district south of Basra, told The Associated Press by phone. "I'm left to watch the destruction and feel desperate, as I'm unable to do more than pray to God."

The water woes, along with a lingering electricity crisis in the oil-rich region, contributed to last month's violent demonstrations in Basra and other southern provinces, in which protesters attacked and burned government and political party offices, prompting security forces to open fire.

Several protesters were killed or wounded, while others were arrested.

Iraq's government has scrambled to meet the growing demands for public services and jobs, but has been hindered by years of endemic corruption and a financial crisis fueled by diminished oil revenues and the costly war against the Islamic State group.

The water crisis has affected the entire country, but Basra, at the mouth of the two rivers, has been hit the hardest. The rising salinity has shut down water purification systems, turned once-fertile areas to desert and killed off fish and livestock.

The scenes recall those during the war between Iraq and Iran in the 1980s, when the orchards were burned to the ground, the land was littered with mines, and many farmers were forced to flee. The Gulf war and Shiite uprising of the early 1990s, and a decade of crippling international sanctions, hindered their return.

Siba, the district where Ali lives, was once home to more than 65,000 people who farmed some 50 lush hectares (120 acres), but nearly all of them fled during the war. Around 18,000 people, including Ali and his brothers, came back after the 2003 U.S.-led invasion that toppled Saddam Hussein, hoping new investment would revive the long-suffering region. But Nima Ghadhban al-Mansouri, the head of the local council, said most have been disappointed.

"Life has become harsh for those who invested hefty money since 2003 in hope of reviving their lands," he said. "Even if they want to leave now, as they did in 1980s, they have no place to go. All of Iraq's southern areas are suffering." he added.

Agriculture is the second largest economic sector in Iraq after oil. But the country is only able to farm 3-4 million hectares — about a third of its cultivable land — because of water shortages, soil salinity and political instability, according to the U.N.'s Food and Agriculture Organization. In recent years, Iraq has had to reduce the cultivation of vital crops like rice and wheat because of water shortages in the south.

Iraq has tried to reach agreements with its neighbors on sharing the Tigris and Euphrates rivers, both of which originate outside its borders, but has had little success. The Islamic State takeover of much of northern and western Iraq in 2014, and the devastating war to drive the militants out, contributed to the loss of some 40 percent of Iraq's agricultural capacity in the last four years, according to the FAO.

In Basra, hundreds of miles away from where the fighting took place, the threat comes not from jihadis, but from salt.

The water in some areas contains an estimated 40,000 milligrams of total dissolved solids, a measure of salinity, compared to an acceptable level of 2,400 to 2,600, according to Alaa al-Badran, the head of the Agricultural Engineers Syndicate.

The unprecedented salinity, along with the lack of water and nearby oil operations, has eliminated 87 percent of the province's 20,000 square kilometers (7,700 sq. miles) of arable land. The salinity has killed fish and cattle, and caused a dozen bird species to disappear from the area, al-Badran said.

"It's an environmental crime," al-Badran said. "If the situation continues like this in the coming two months, I believe agriculture will be totally gone."

Even those who don't directly rely on farming are wondering how much more they can take.

Hussam Aouda's family, like many others, has to purchase two metric tons of water every two days at a cost of around $26 in order to meet all their needs. The 41-year-old teacher says the tap water is so salty and contaminated they cannot even use it for washing. That's despite the region's massive oil reserves, which seem to have been of little if any benefit to its long-suffering residents.

"Can anyone believe that we are now in 2018 and don't have the minimum right of each citizen, the drinking water, while we sleep and walk on huge resources?" he asked.