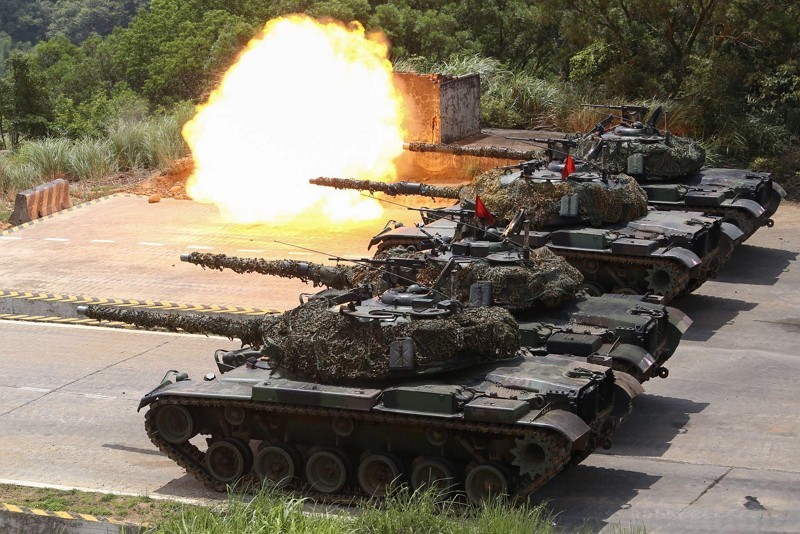 The NDAA sailed through the Senate 87-10, a week after the House passed an identical version of the bill on July 26, and now only requires President Trump's signature to become law. The Aug. 1 passage of the act marks the earliest congressional approval of a defense spending bill since 1978.

The bill contains a passage on Taiwan in Section 1243 titled "Sense of Senate on Taiwan." In the section, it reaffirms the Taiwan Relations Act and Six Assurances, calls for strengthened defense and security cooperation with Taiwan, supports supplying Taiwan with defensive weapons, recommends improved predictability of arms sales to Taiwan, and states that the Secretary of Defense should promote policies that enhance Taiwan's security.

The section then goes to call on expanded cooperation in humanitarian assistance and disaster relief, before closing with a proposal that a U.S. hospital ship make annual visits to Taiwan in order to improve disaster response planning and preparation. The section closes with a recommendation that the U.S. should consider sending military vessels to Taiwan as part of the annual “Pacific Partnership” humanitarian missions of the U.S. Navy.

The following is the full text of the section on Taiwan:

It is the sense of the Senate that—

(1) the Taiwan Relations Act (22 U.S.C. 3301 et seq.) and the “Six Assurances” are both cornerstones of United States relations with Taiwan;

(2) the United States should strengthen defense and security cooperation with Taiwan to support the development of capable, ready, and modern defense forces necessary for Taiwan to maintain a sufficient self-defense capability;

(3) the United States should strongly support the acquisition by Taiwan of defensive weapons through foreign military sales, direct commercial sales, and industrial cooperation, with a particular emphasis on asymmetric warfare and undersea warfare capabilities, consistent with the Taiwan Relations Act;

(4) the United States should improve the predictability of arms sales to Taiwan by ensuring timely review of and response to requests of Taiwan for defense articles and defense services;

(5) the Secretary of Defense should promote Department of Defense policies concerning exchanges that enhance the security of Taiwan, including—

(A) United States participation in appropriate Taiwan exercises, such as the annual Han Kuang exercise;

(B) Taiwan participation in appropriate United States exercises; and

(C) exchanges between senior defense officials and general officers of the United States and Taiwan consistent with the Taiwan Travel Act (Public Law 115–135);

(6) the United States and Taiwan should expand cooperation in humanitarian assistance and disaster relief; and

(7) the Secretary of Defense should consider supporting the visit of a United States hospital ship to Taiwan as part of the annual “Pacific Partnership” mission in order to improve disaster response planning and preparedness as well as to strengthen cooperation between the United States and Taiwan."

Noticeably absent from the bill was a provision that would have levied penalties on ZTE to compensate for the lifting by the Trump administration of a trade ban on the company for violating sanctions. To express his dissent against the removal of the provision Republican Senator Marco Rubio of Florida said, "I've never voted against the NDAA until today."