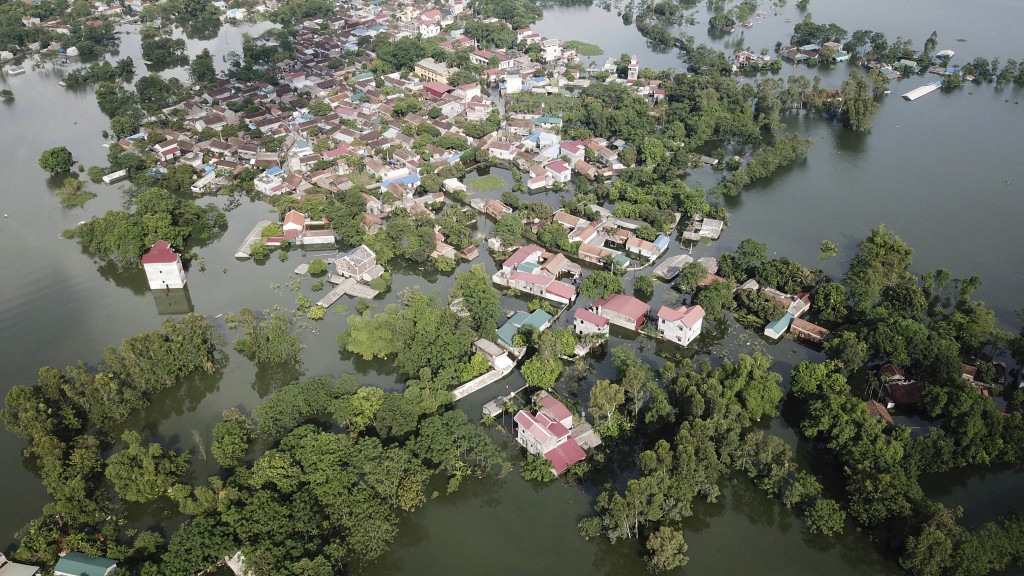 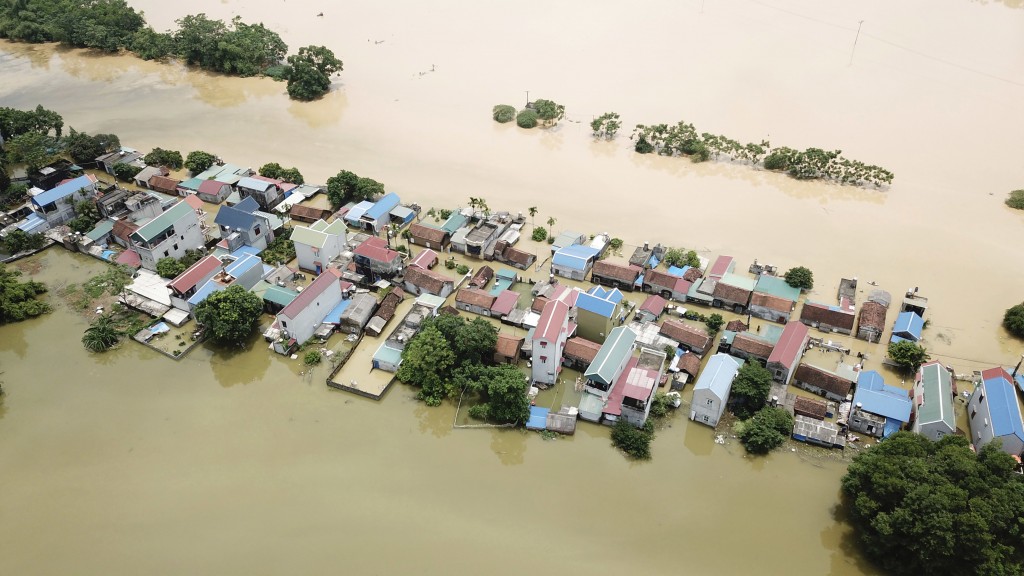 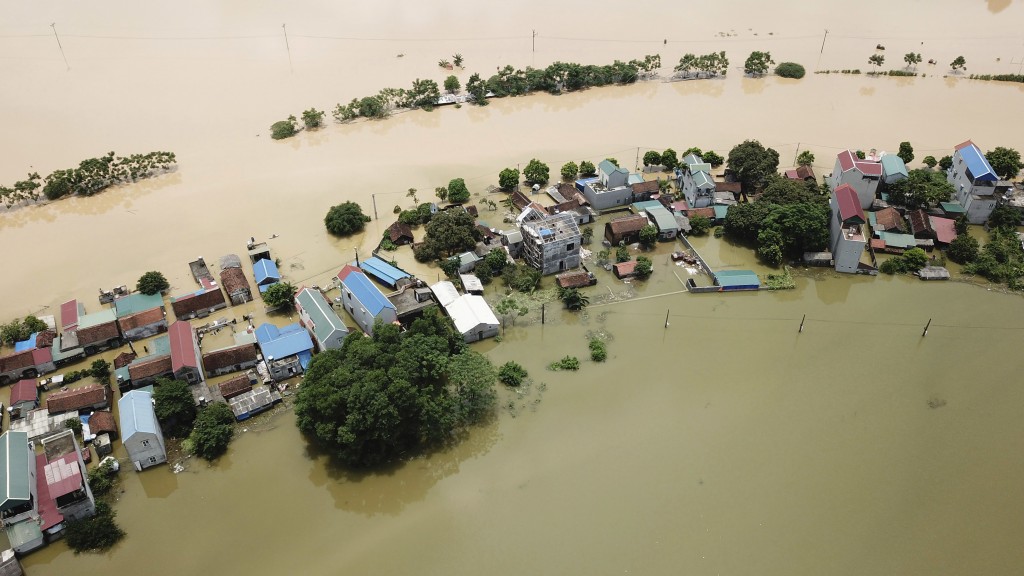 Two children and a man drowned Monday in Chuong My district, a suburb of Hanoi, where water has overflowed one bank of the Bui River and engulfed several villages, the officials said.

On the other side of the river, sandbags have been piled for 10 kilometers (6 miles) to prevent water in a dike from spilling into the inner city of the capital, Hanoi, which has a population of 7.5 million.

In Nam Hai village in Chuong My district, Nguyen Van Bon paddles a rubber tube to get into his half-submerged house.

His furniture, refrigerator, washing machine and bags of rice are all elevated above the water.

Bon's wife and son, together with thousands of older people and children from the village, have been evacuated to higher ground. Others have taken shelter in the upper floors of neighbors' buildings.

Bon has stayed behind to guard the house.

"The flood has stirred up our lives. It is hard. There is no electricity, no fresh water," Bon said. "Some days, I have to eat dry instant noodles because there is no water for cooking."