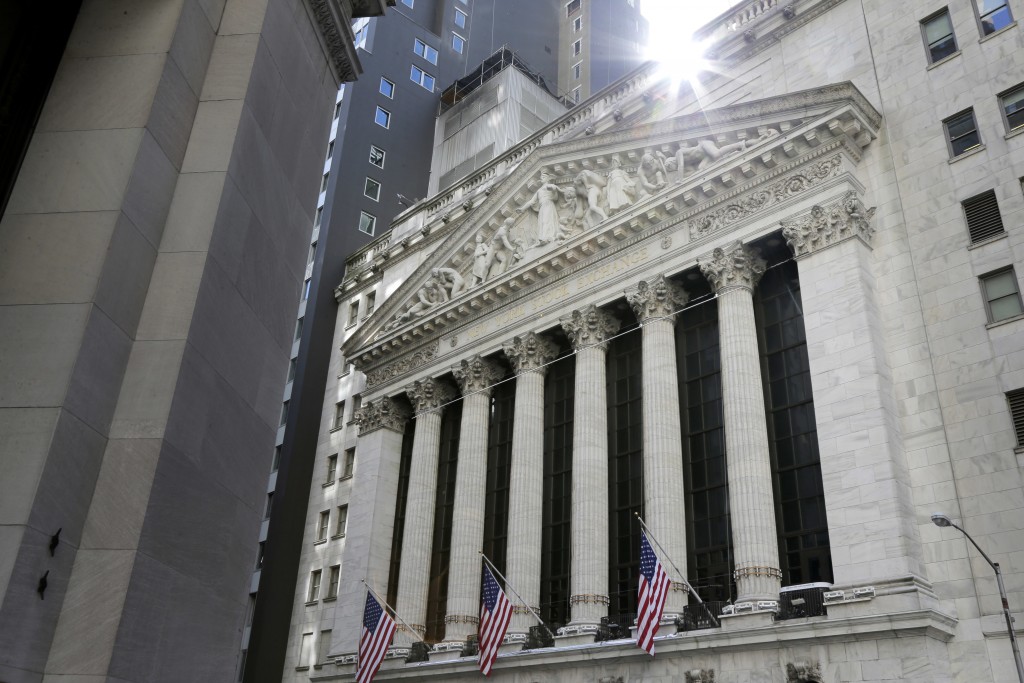 NEW YORK (AP) — U.S. stocks are rising Tuesday morning after a three-day losing streak. Industrial companies are making some of the largest gains, and companies including Ralph Lauren and Charter Communications are climbing following strong second-quarter reports. The Commerce Department said consumer spending kept growing in June and a key measurement of inflation stayed near the Federal Reserve's target of 2 percent.

INDUSTRIAL STRENGTH: Caterpillar also recovered after a slump on Monday. The construction equipment maker rose 1.5 percent to $141.88 and aerospace company Boeing picked up 1.3 percent to $355.52. 3M climbed 2.4 percent to $210.

High-powered laser maker IPG Photonics nosedived 24.7 percent to $168.96 after it said demand from Europe and China worsened during the second quarter. The company's revenue forecast for the current quarter fell far short of Wall Street's estimates.

The technology index of the S&P 500 fell 5.3 percent over the past three days. That's the worst decline in three months.

US ECONOMY: The Commerce Department said consumer spending grew another 0.4 percent in June, and a key measurement of inflation is up 2.2 percent over the last year. For the last four months, inflation has equaled or been slightly higher than the Federal Reserve's target of 2 percent. The Fed is meeting Tuesday and Wednesday but isn't expected to raise interest rates again until later this year.

The Labor Department said wages and benefits for U.S. workers continued to rise, but they grew at a slightly slower pace in the second quarter. That's a sign that a tight labor market has yet to accelerate income gains.

BOJ MEETING: In a widely watched statement, the Bank of Japan kept its monetary policy steady, as expected. It maintained its target for the 10-year government bond yield at around zero percent and that for short-term interest rates at minus 0.1 percent. Recent strength in the economy had raised expectations that the central bank may need to consider further tempering its massive purchases of government bonds and other assets.

OVERSEAS: Economic growth in the 19-country eurozone slowed to 0.3 percent in the second quarter as trade tensions between the U.S. and Europe hurt business confidence. Since then, the EU and U.S. have agreed to hold off more tariffs and try to free up trade, though the outlines of the deal remain hazy.

China's manufacturing activity pulled back slightly in July and the Bank of Japan kept its monetary policy unchanged, as expected.