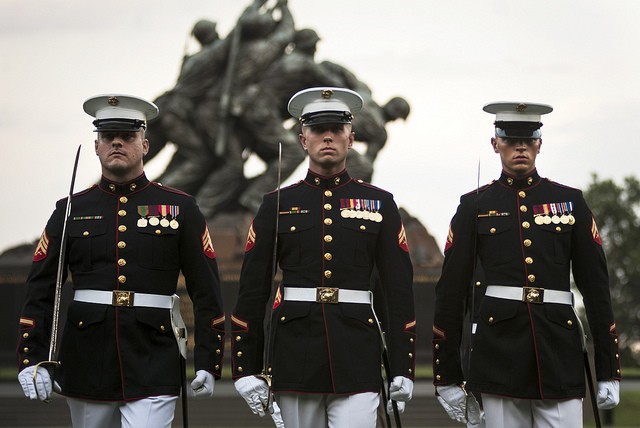 The Chinese state-backed propaganda blog, the Global Times, responded the same day, publishing an article titled “Marines in AIT not leverage for Taiwan” stating that China would view stationing U.S. Marines in Taipei as “severe subversion” or even as a “U.S. invasion of China.”

The Global Times then goes on say that in such an event, the AIT would be seen as a stronghold of the “U.S. invasion,” the Tsai administration would be defined as a “traitorous group,” and the AIT complex itself would become a “blasting fuse for clashes.”

Shortly following the publication of the Liberty Times report, CNA followed up with a report offering statements from AIT officials on the future security of the new compound.

In an email to CNA, AIT spokesperson Amanda Mansour was quoted:

"As is the practice at AIT's current location, a small number of American personnel detailed to AIT, along with a larger number of locally hired employees, will provide security for the new office building, in cooperation with local authorities."

The statement from Mansour suggests that the security protocol for the new AIT complex in Neihu will remain the same as that of the previous location in Da’an District of central Taipei, which will remain operational until the move to Neihu is completed sometime in late September or early October.

However, her statement is in fact neither a confirmation nor a denial of the plans to station Marines at the new complex, and may imply what many have long assumed, which is that military personnel, potentially marines or U.S. special forces in plain clothes, have been guarding the de facto U.S. embassy for decades.

The issue that really worries Beijing is one of symbolism. While China may realistically already accept that U.S. Military personnel guard the AIT, they are fearful that a uniformed contingent will be approved as a permanent security detail at the AIT complex in Neihu. If a uniformed detachment of marines is dispatched, as opposed to a detachment ordered to wear plain clothes, as Global Times correctly explains it would amount to “a public U.S. declaration that the AIT is equivalent to a US embassy or consulate instead of a non-governmental institution.”

It was reported in late June, two weeks after the dedication ceremony of the new AIT complex, that the State Department had officially submitted a request with the administration and the Pentagon to do just that. The request was submitted at the beginning of June and was still pending approval in July.

Naturally, this would be difficult for Beijing to stomach as it would be a clear signal that the outdated “One-China Policy” is losing its currency in Washington D.C.

While statements from AIT for the time being remain intentionally ambiguous on the rumors of a uniformed marine detachment coming to Taiwan, the decision will ultimately rest with the administration and military strategists in D.C.