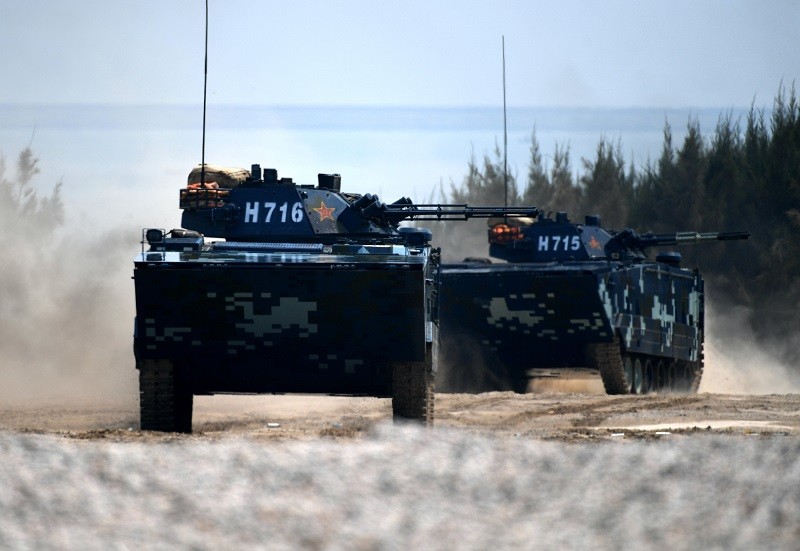 TAIPEI (Taiwan News)—The People's Liberation Army Navy’s holding an international sea landing competition at Shishi Beach in Quanzhou, Fujian Province, which is close to Taiwan’s outlying island of Kinmen, has spawned speculation that China is using the military competition to threaten Taiwan, according to a Central News Agency report.

The international military contest, which began on Monday (July 30). is participated by China, Iran, Russia, Sudan, and Venezuela, the report said, adding that the PLA Navy’s’ marine corps staged a three-dimensional landing drill at the competition site.

Responding to the speculation that the competition is meant to be a threat to Taiwan’s national security, China's defense ministry spokesman Ren Guoqiang (任國強) explained the selection of the competition site a few days ago, saying that the conditions of the environment surrounding the training site in Quanzhou meet the requirement for the competition, according to the report.

China News Service reported that PLA Navy Deputy Commander Ding Yi said during the opening of the event that the contest will increase the mutual understanding and trust between the navies of the participating nations and deepen their military cooperation and exchange, the CNA report said.

Held in 2014 for the first time, the international military competition currently comprises more than 20 categories that span across the army, navy and air force and is participated by nearly 30 countries, the report said. Since 2015, the PLA Navy’s’ marine corps has participated in the sea landing category in Russia for three consecutive years, and this year the PLA Navy is holding the contest for the first time, the report said.