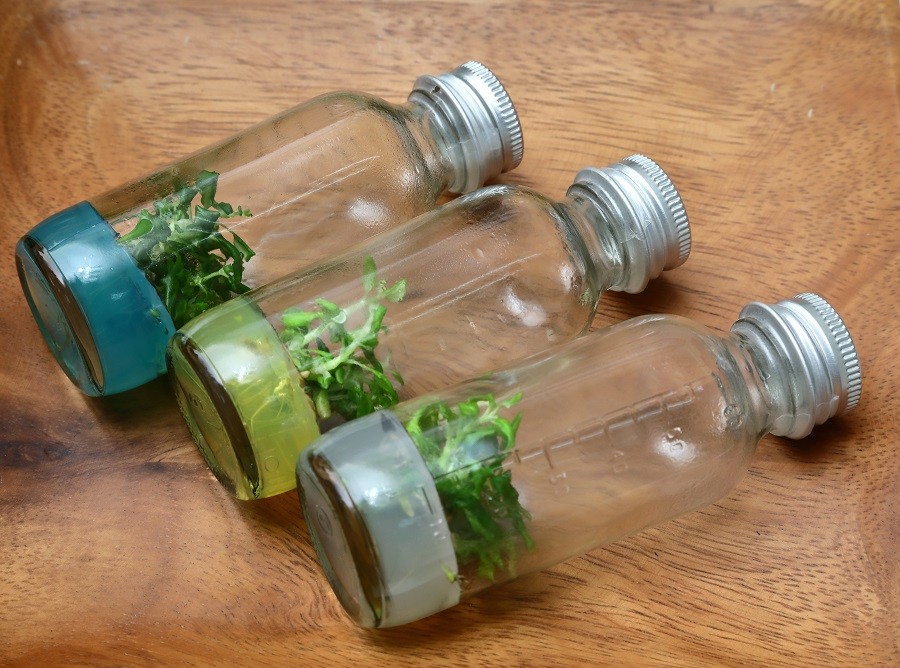 Taiwan’s agricultural industry, with its high level of agricultural expertise resulting from a century of accumulated research and technical advances, is advancing toward a technology-intensive model characterized by academic-public-private collaboration. The sector is ready to embrace the era of smart agriculture by using biotech resources to create value-added products.

Agricultural scientists like Wang Ching-i are deeply involved in this process. She left the public sector in 2016 to join husband Liu Chien-shen’s aquaculture company Fongyu Corp. The couple, former employees of Kaohsiung District Agricultural Research and Extension Station in Changzhi Township of southern Taiwan’s Pingtung County, relocated the business to Pingtung Agricultural Biotechnology Park the following year. Soon after they established a facility to farm bass and tilapia fingerlings cultured in seawater.

The company’s fish are grown using probiotics-infused feed and tank water. Fongyu acquired the proprietary technology for mass-producing and preserving the bacteria used in this process from the Fisheries Research Institute in northern Taiwan’s Keelung City. The institute, park and couple’s former employer all operate under the Cabinet-level Council of Agriculture. According to Wang, probiotics promote fish growth by improving water quality and strengthening the creatures’ immune systems. “The use of this technology is becoming standard among park tenants,” she said. “Probiotics ensure stable aquaculture breeding environments while strengthening product branding.”

Fongyu received funding from the park to purchase the probiotics technology as part of wide-ranging government initiatives to foster the agricultural biotechnology industry. In addition to the subsidies, the park administration has helped Fongyu and other tenants build connections and seek technical support from more than 300 experts at over 30 research and tertiary institutions. These include National Kaohsiung Marine University and National Pingtung University of Science and Technology.

Like more than 99 percent of Taiwan’s agricultural producers, Fongyu is among the small and medium enterprises with less than NT$100 million (US$3.33 million) in annual revenues or fewer than 50 employees. For such firms, the park administration offers guidance in such areas as updating core processes and promoting talent cultivation.

While Taiwan is deepening its economic ties with Southeast Asia, Fongyu is one of the park residents gaining traction in Association of Southeast Asian Nations member states. The company exports to Malaysia, Thailand and Vietnam, and plans are in the works to offer aquaculture equipment and technical services in these countries, Wang said. Fongyu’s aquaculture facilities are state of the art (Taiwan Today)