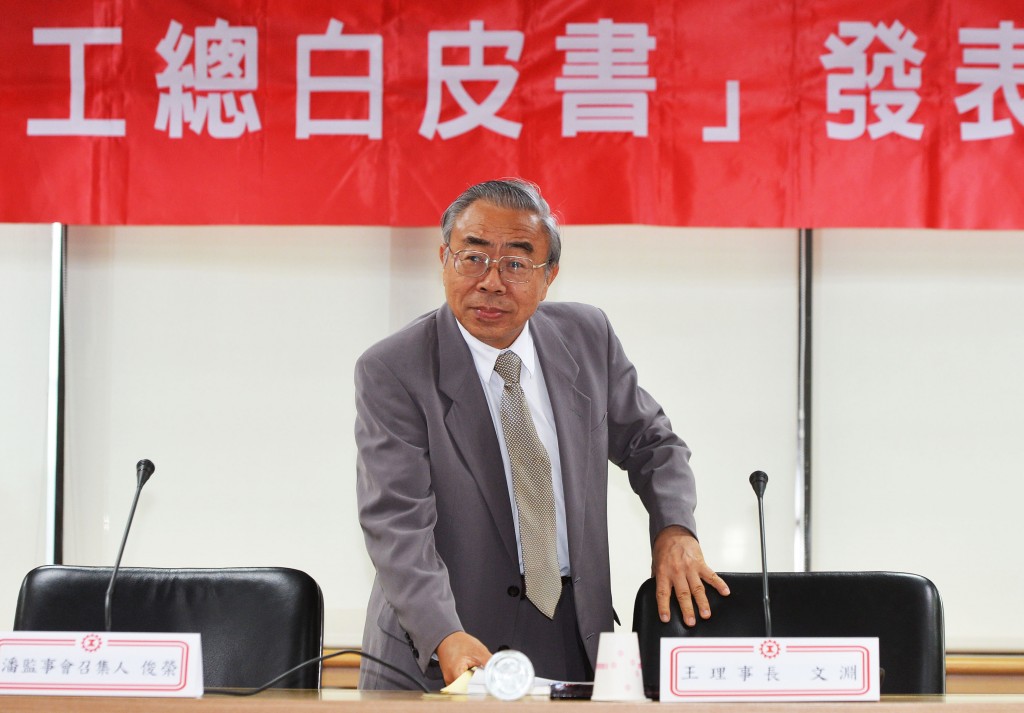 TAIPEI (Taiwan News) – Taiwan is small so it needs to rely on manufacturing and trade, said Wang Wen-yuan (王文淵), chairman of Taiwan’s Chinese National Federation of Industries (CNFI, 工總), at the presentation of its White Paper Friday.

He was commenting on the dangers of a trade war between the United States and China, and on its potential impact on Taiwan.

China and the U.S. were both emphasizing the importance of their manufacturing sector, Wang said, showing how important the sector is to each country’s economy.

There was no answer to the question of how such a trade war would affect Taiwan, the China Times reported Wang, who also leads the Formosa Plastics Group, as saying.

In the face of a trade war, CNFI experts said that Taiwan’s government should encourage domestic investment and boost consumption by issuing measures such as tax cuts.

During his presentation, Wang also spoke out against further rises in the minimum wage, cautioning that they might cause loss of employment opportunities for youths. He said that some businesses, such as 24-hour convenience stores, might suffer the consequences of higher pay and therefore close some of their outlets, the Central News Agency reported.