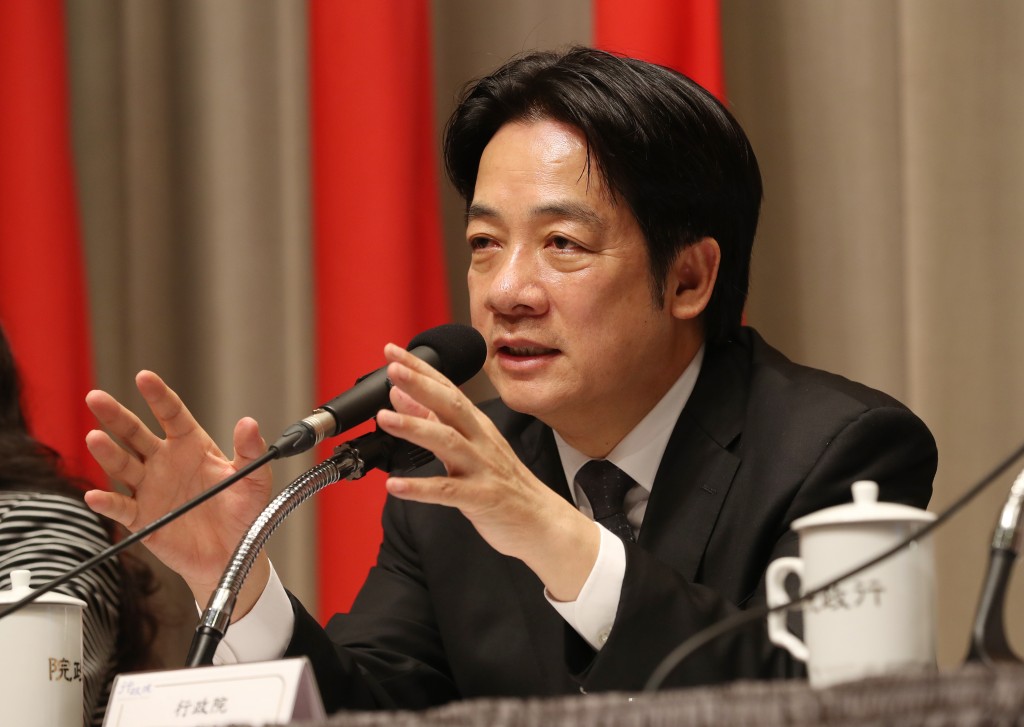 The premier gave an interview with the Chinese-language Liberty Times and said the Executive Yuan had drawn up a defense budget of NT$346 billion (US$11 billion) for 2019, growing by 5.6 percent compared to the previous year, which stood at NT$327.7 billion (US$10.6 billion).

“We have to demonstrate our determination to protect Taiwan so as to gain support from international society,” said Lai.

The budget plan proposed by the Executive Yuan will be forwarded to the Legislative Yuan for review and approval.

The defense budget for the coming year accounts for roughly 2.16 percent of Taiwan's Gross Domestic Product (GDP), the highest over the past 10 years.

The increase in defense budget is necessary for the security of the country in the face of growing military maneuvers from China in the region, said Lai.

The increased budget will be allocated to force development and procurement, personnel costs, and administrative expenditures, said Lai.

The premier said the budget plan is backed by President Tsai Ing-wen (蔡英文), who reaffirmed to foreign scholars at a forum on the security of the Asia-Pacific on Tuesday in Taipei that the country’s defense expenditures would keep pace with its needs and GDP growth.

“We are committed to robust defense and deterrence forces,” said President Tsai. “And we are developing our indigenous defense industry as well.”

The U.S. authorities have constantly expressed that Taiwan should increase its defense budget as the imbalance of military capabilities across the Taiwan Strait has grown rapidly in recent years.

The U.S. National Defense Authorization Act (NDAA) for 2019 includes provisions supporting senior military-to-military engagement between the U.S. and Taiwan, and states that the U.S. should provide military sales to Taiwan, particularly for developing its asymmetric warfare capabilities.