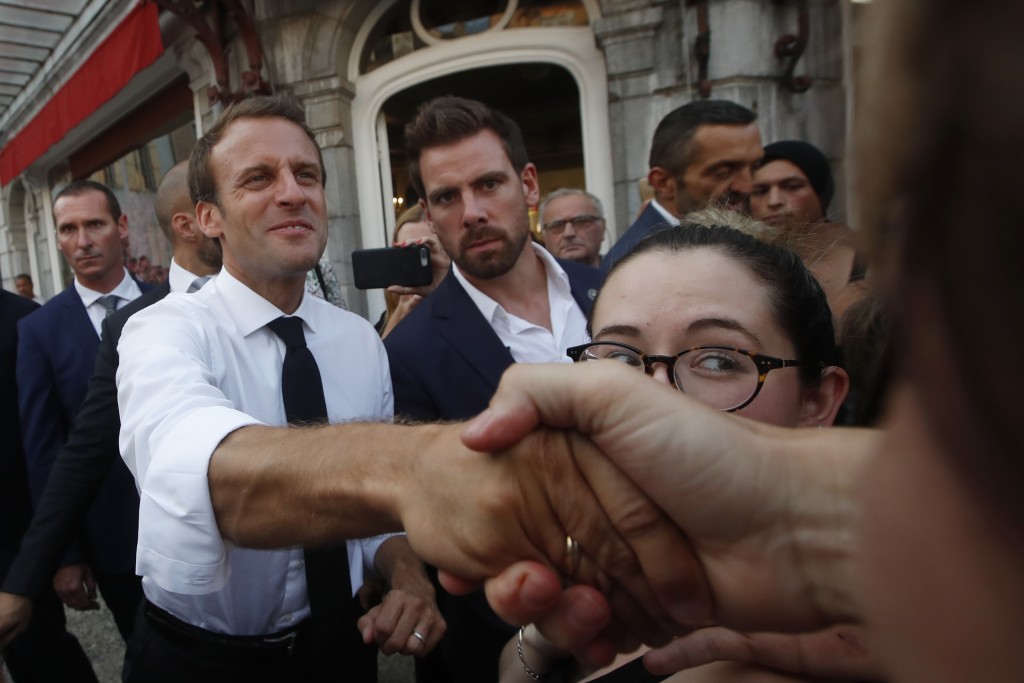 PARIS (AP) — The former security aide to President Emmanuel Macron who triggered a political uproar after a video showed him beating a protester says he made a "huge mistake," but did not feel like he had betrayed the president.

Authorities have opened a judicial investigation into Alexandre Benalla, who was fired last week, and his office was searched on Wednesday. Le Monde newspaper published the interview Thursday with Benalla, who had shaved his beard to be less recognizable.

Macron's office has been criticized for not disclosing the accusations weeks ago and the way it handled them. The French leader said Tuesday at a private gathering of his centrist party that he alone was responsible.

Benalla said targeting him has been a means to hurt Macron. "I am the weak link," he said.