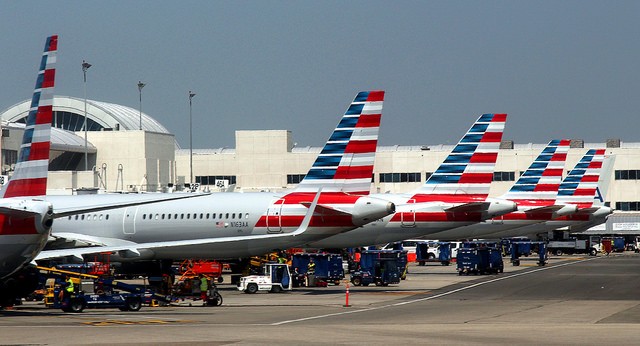 Washington, July 25 (CNA) Several members of the United States Congress on Wednesday expressed objection to China's demand that American air carriers stop listing Taiwan as a country on their websites and they warned of the dangers of giving in to such pressure.

American Airlines, Delta Air Lines and United Airlines -- the U.S.' three largest carriers -- are among several airlines that removed references to Taiwan on their websites to avoid penalties by China ahead of the Wednesday deadline.

In a statement Wednesday, U.S. Senator Tom Cotton (R-AR) said it was disappointing that the three major U.S. airlines had removed references to Taiwan on their websites in compliance with the Chinese government's ultimatum.

"It's disappointing that American Airlines, Delta, and United complied with this ultimatum, but the Chinese Communist Party's obsession with Taiwan -- the only democracy on Chinese soil -- is pathetic," Cotton said. "These demands are the mark of insecure, impotent leaders who know the future will not belong to them."

Meanwhile, Congressman Ted Yoho (R-FL 3rd District), who is chairman of the House Foreign Affairs Subcommittee on Asia and the Pacific, tweeted that it was unacceptable that China was forcing U.S. businesses to become Communist Party mouthpieces.

"Taiwan exists and is an important U.S. ally," Yoho said on Twitter. "However, the airlines were right to coordinate with the State Department."

Also tweeting about the issue, Congresswoman Ileana Ros-Lehtinen (R-FL 27th District), chairwoman emeritus of the House Committee on Foreign Affairs, said the airlines' decision was setting a bad precedent that would only encourage more bullying, undermining of liberal values and "attempts to mold the world in Beijing's malignant image."

"We must all stand up to China, stop caving and protect our way of life," she said.

"An edit to a website won't change the fact that Taiwan exists and is an important U.S. ally," Cook tweeted. "We must continue to stand up to China and their bullying tactics."

During a congressional hearing on Tuesday, Senator Cory Gardner (R-CO), chairman of the Foreign Relations Subcommittee on East Asia and the Pacific, and Senator Ed Markey (D-MA) also expressed concerns over China's attempts to isolate Taiwan in the international community.