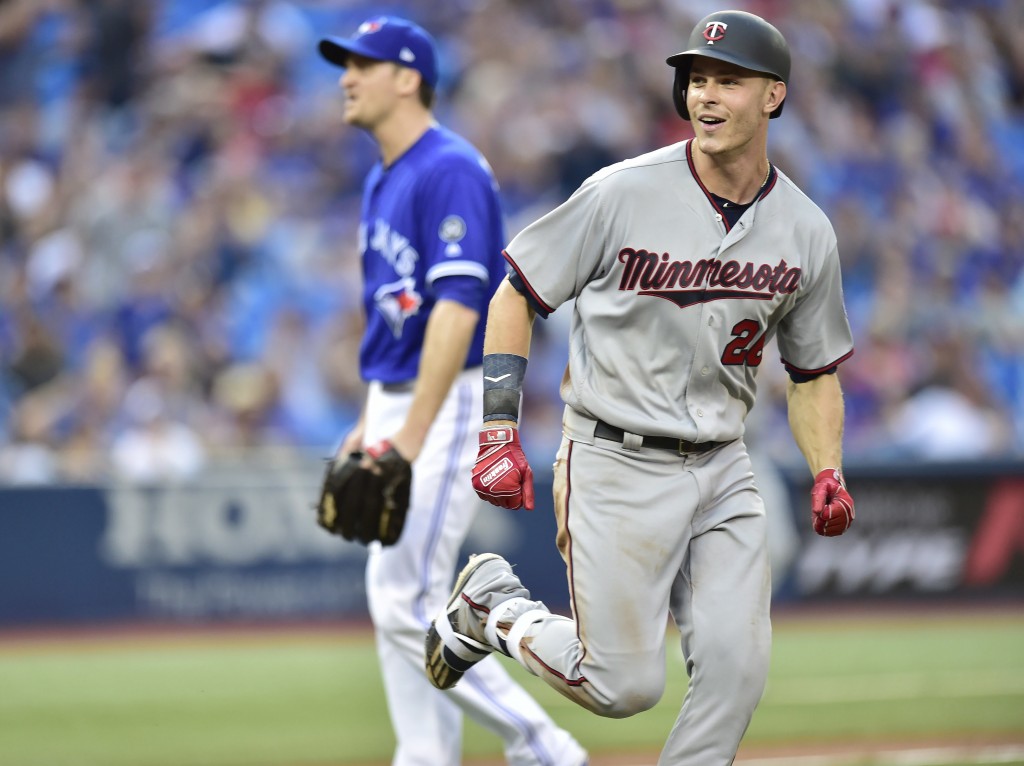 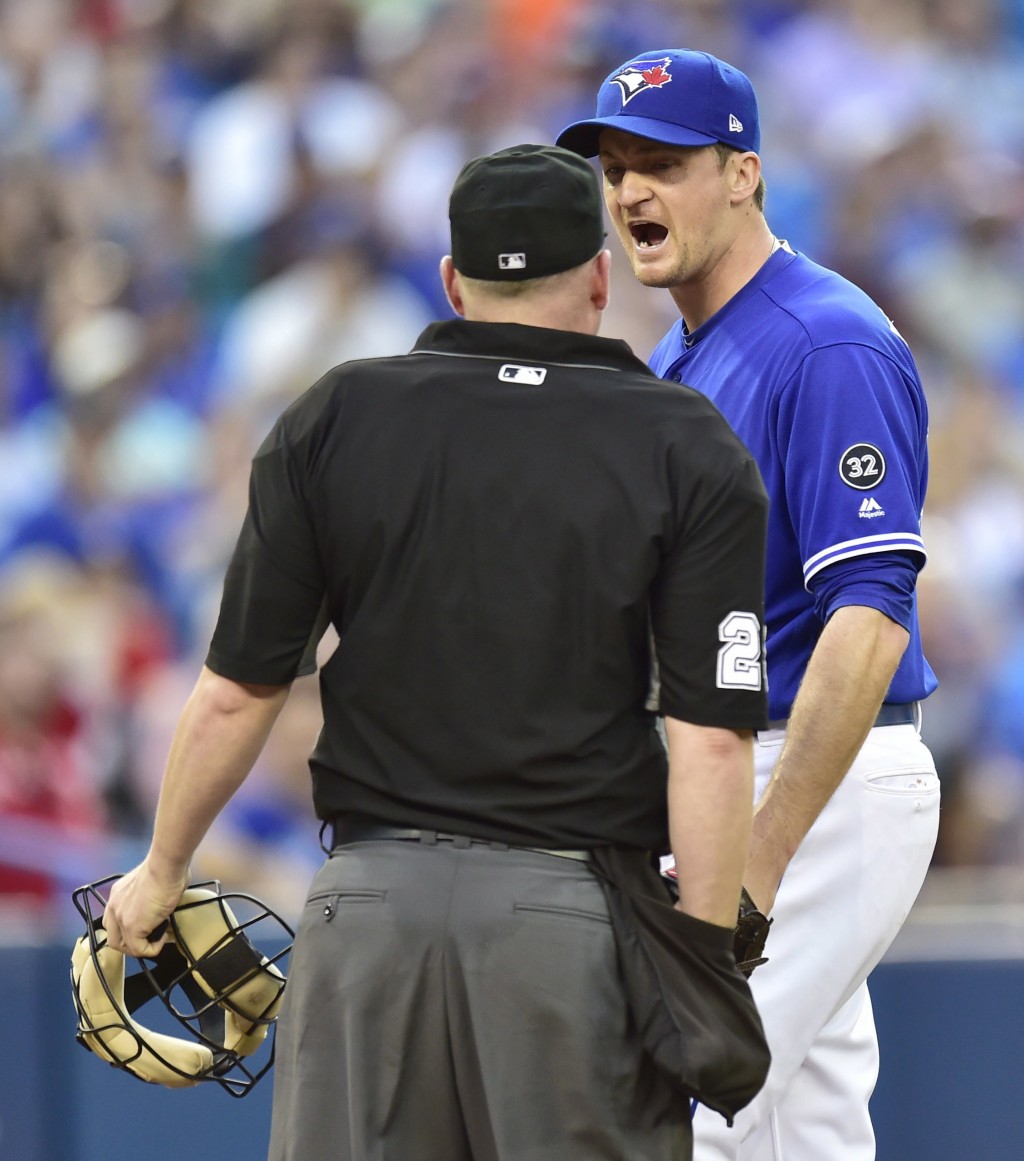 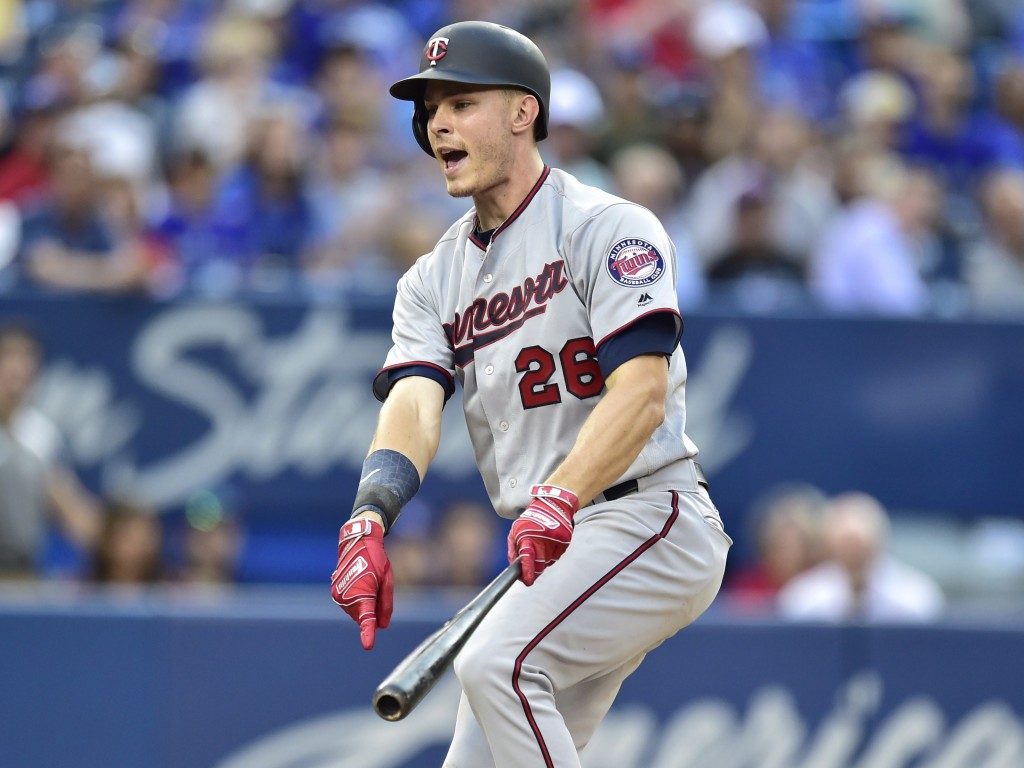 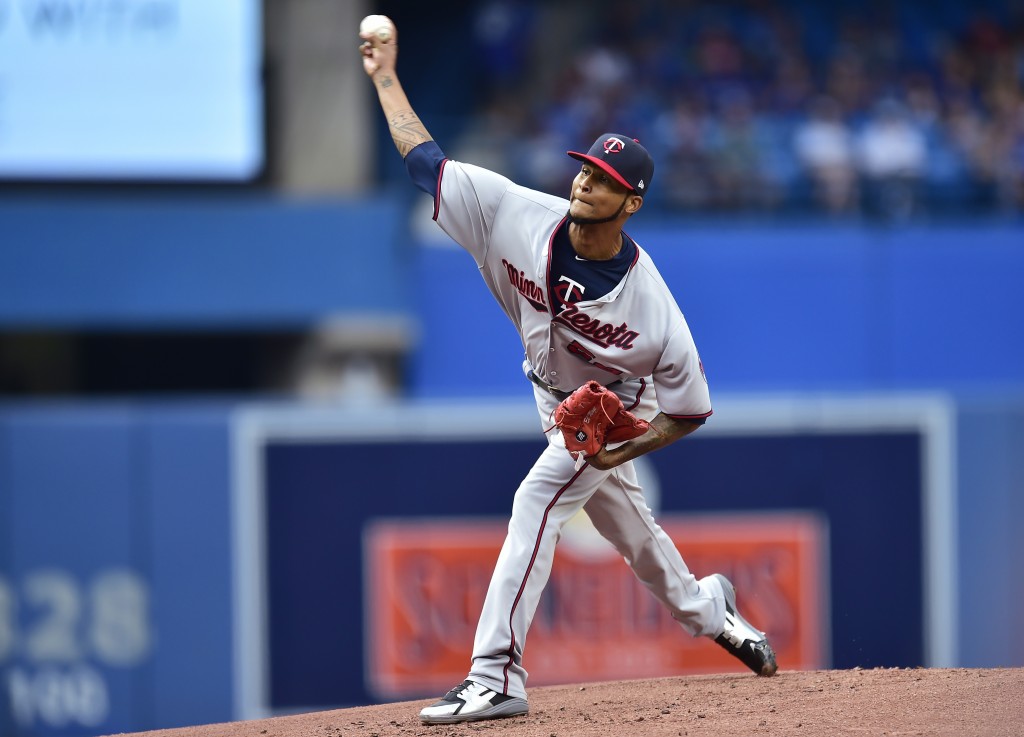 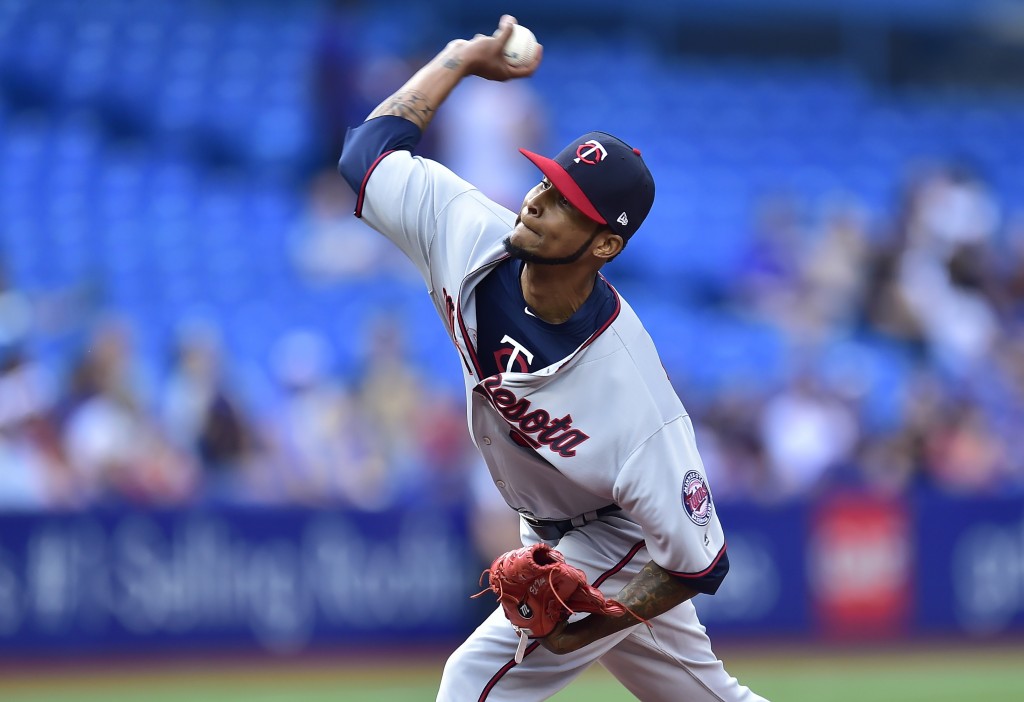 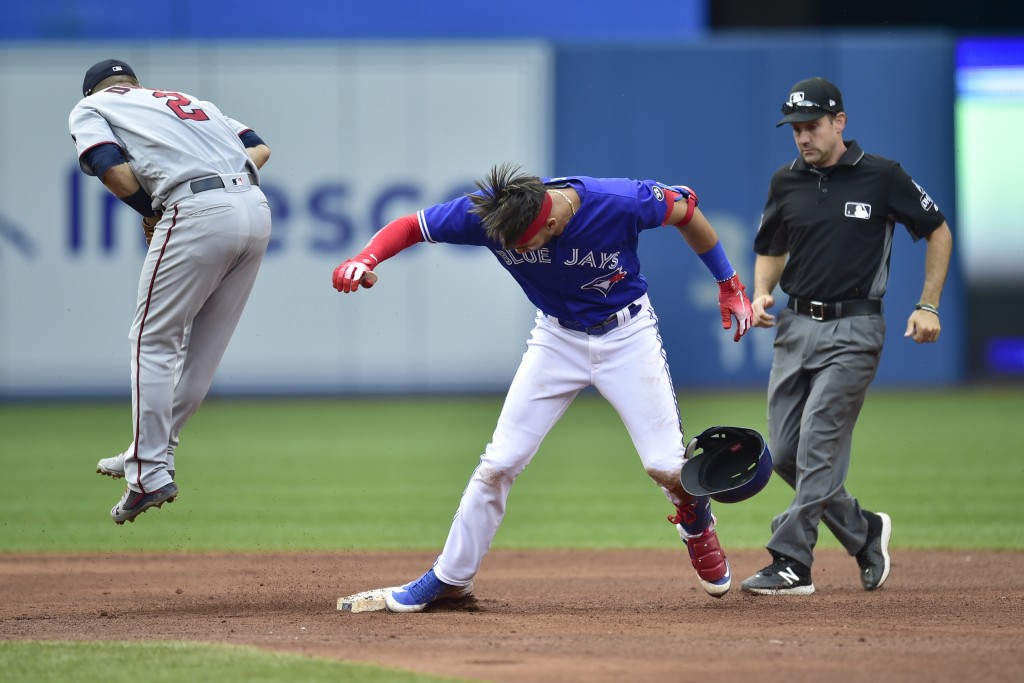 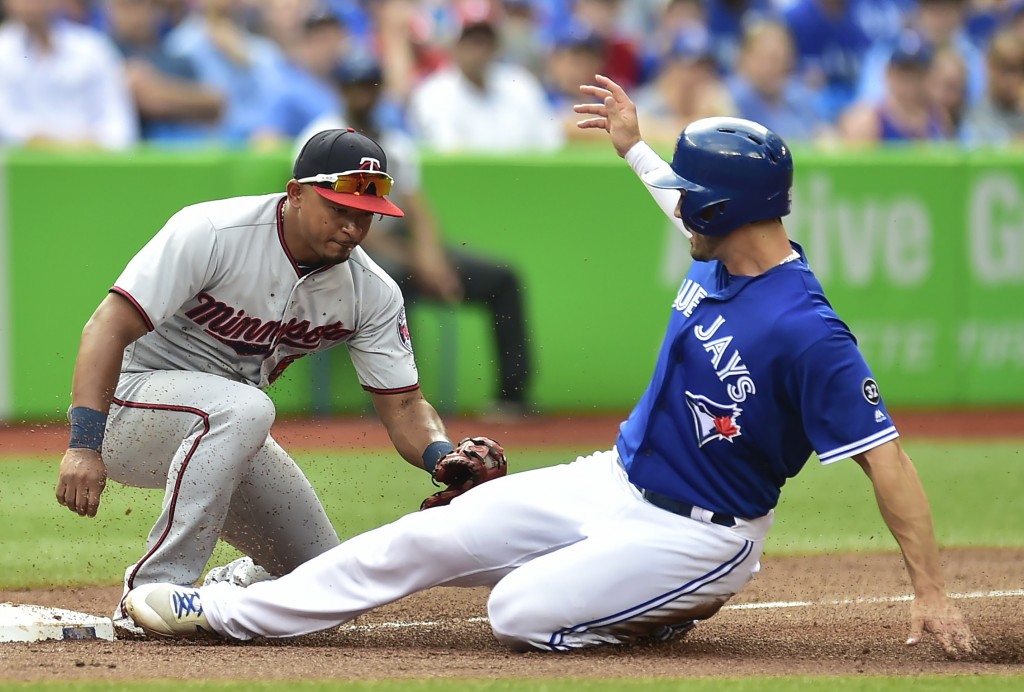 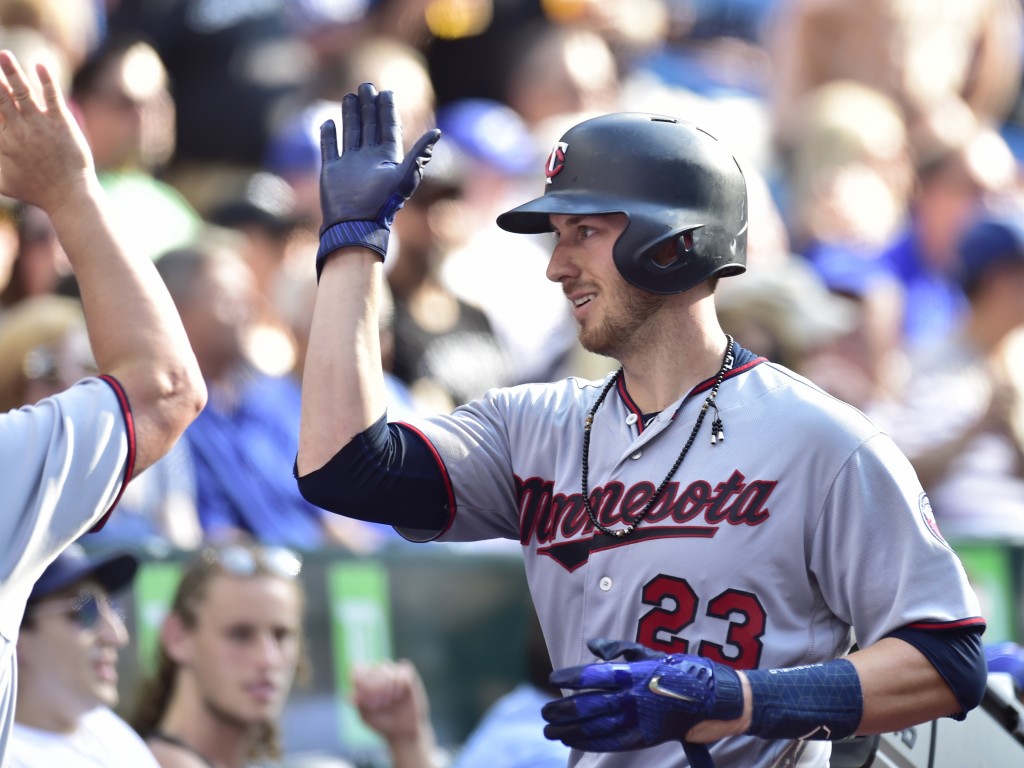 TORONTO (AP) — Max Kepler drove in the tiebreaking run when he was hit by a pitch with the bases loaded in a five-run 11th inning, and the Minnesota Twins beat the Blue Jays 12-6 on Wednesday to complete their first sweep at Toronto in more than 15 years.

Mitch Garver went 4 for 6 with a homer and five RBIs and Joe Mauer had two hits and two RBIs as Minnesota swept a three-game series north of the border for the first time since April 11-13, 2003.

Toronto manager John Gibbons was ejected for arguing with plate umpire Sean Barber after right-hander Jake Petricka (1-1) hit Kepler with a 1-2 pitch that forced home Brian Dozier from third base.

Matt Belisle (1-0) pitched two innings as the Twins won their third straight, bouncing back after being swept at Kansas City over the weekend in their first series following the All-Star break. Minnesota outhit Toronto 17-16.

After the Blue Jays put the potential winning run at third base with one out in the ninth, Twins manager Paul Molitor brought left fielder Eddie Rosario in to be a fifth infielder. The move paid off when Solarte lined out to shortstop and Kendrys Morales was doubled off first base.

Morales also was doubled off second base for the final out of the first.

Garver broke a 3-3 tie with a solo homer off Aaron Loup in the sixth, and the Twins made it 6-3 off Joe Biagini in the eighth on Garver's run-scoring single and Mauer's RBI double.

Toronto tied it against Trevor Hildenberger in the bottom half when Luke Maile had a two-run single and Aledmys Diaz hit into a run-scoring forceout.

Toronto's Lourdes Gurriel Jr. went 2 for 5, stretching his streak of multihit games to a team-record eight and the longest in the major leagues this season.

Twins: Utilityman Taylor Motter was designated for assignment to open a roster spot for Santana.

Blue Jays: SS Aledmys Diaz returned after sitting out the previous two games because of a sore left thumb.