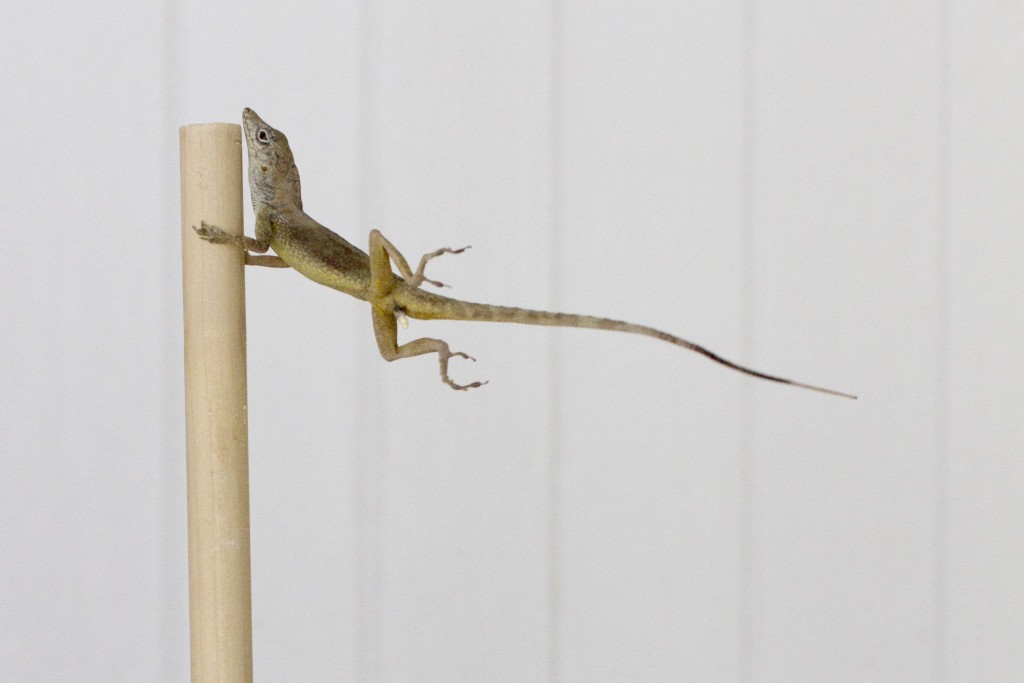 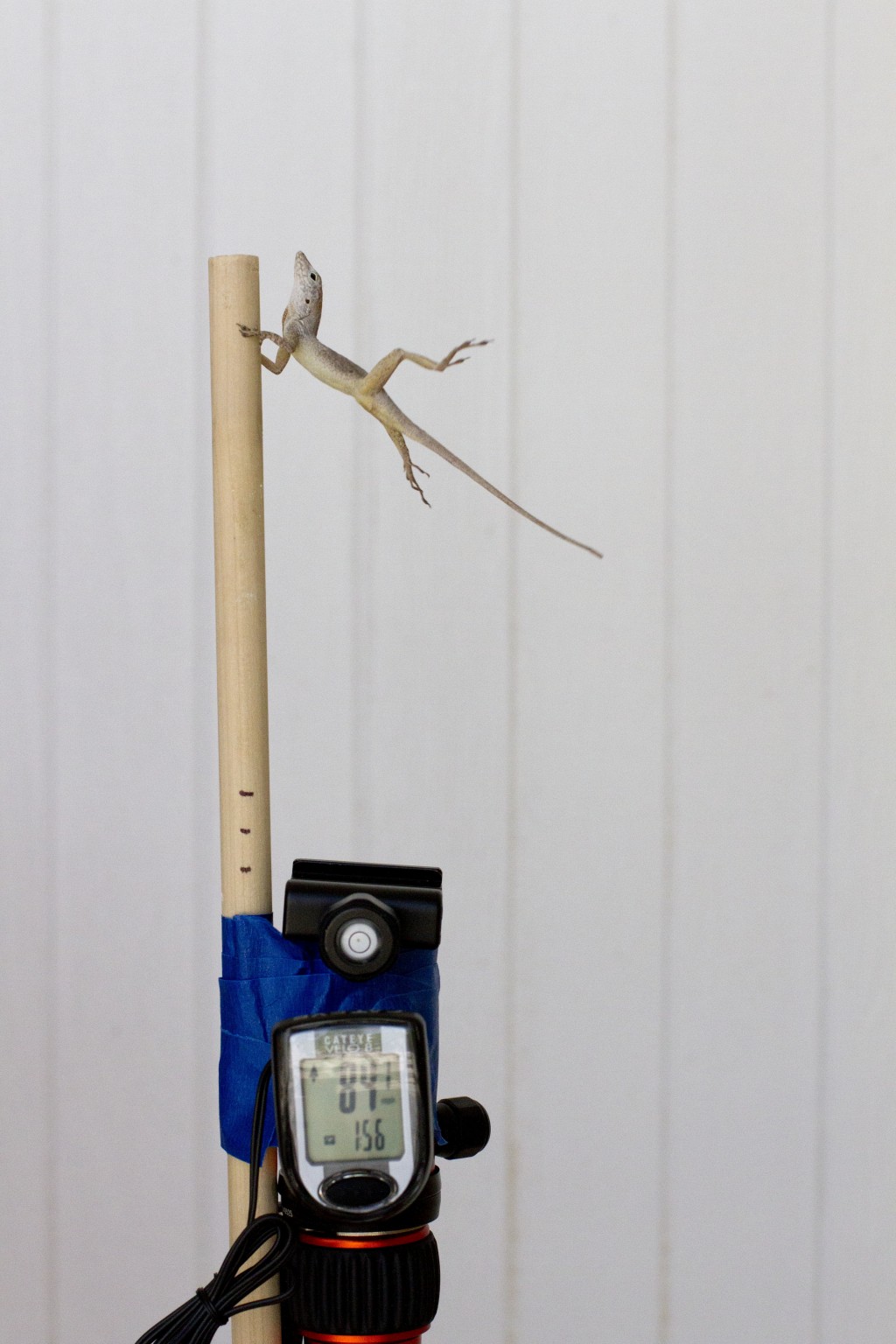 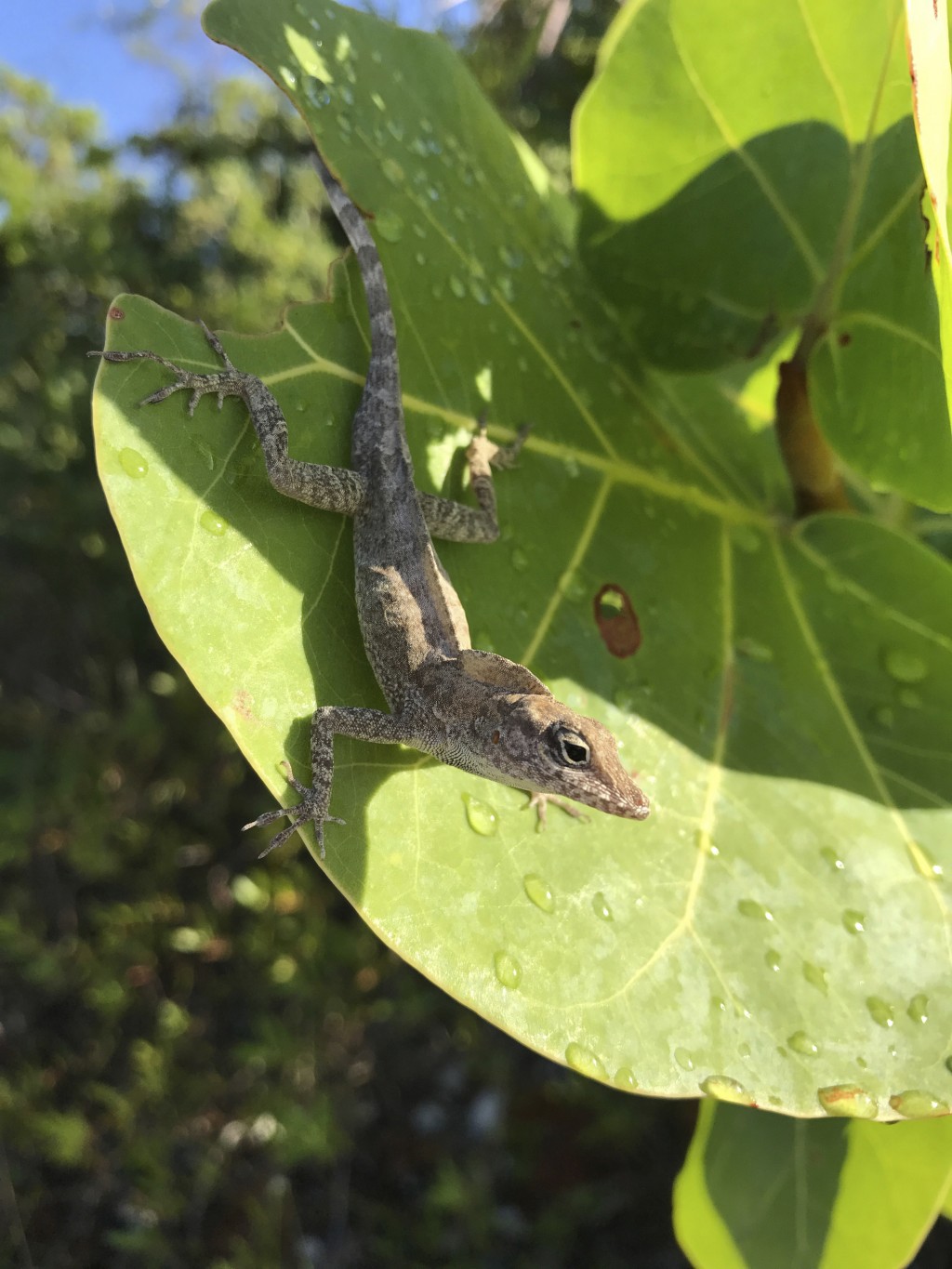 WASHINGTON (AP) — Tropical lizards have a stick-to-itiveness in high wind that puts TV weather reporters to shame. Now we know why, thanks in part to a high-powered leaf blower.

Hurricanes Irma and Maria put a group of little lizards to the test, and scientists were perfectly positioned to see which anoles survived and why. Then, Harvard researchers cranked up the leaf blower to observe just how 47 of the Caribbean critters held onto a pole.

Under tropical storm-force winds, the lizards lounged. As the wind speed cranked up, they still held on, although it got tougher. Even at 102 mph (164 kph), the lizards grasped the pole with two clingy front feet while their tails and back legs flapped in the wind like a flag.

"All the lizard needs is an inside out umbrella and the image would be perfect," study lead author Colin Donihue said.

Don't worry. No lizard was harmed in the lab test.

"They do go flying in the air, but it is softly into the net and everybody was returned back home" unharmed, said Donihue, a Harvard evolutionary biologist.

The lizards' secret weapon to surviving hurricanes? The survivors had 6 to 9 percent bigger toe pads, significantly longer front limbs and smaller back limbs, compared with the population before the storm, according to a study in Wednesday's journal Nature . The study is the first to show natural selection due to hurricane, Donihue said.

By coincidence, Donihue and colleagues had been measuring and studying anoles just before the storms blew into the Turks and Caicos Islands last September. They returned several weeks later to see if there was a difference in the surviving population.

They found that the survivors were a bit lighter overall despite the bulked-up front. Key were those toe pads — they are at most about half the size of a pencil's eraser — Donihue said. It also explains why island lizards have bigger toe pads than inland Central American lizards, a difference that had baffled scientists.

Outside experts praised the study, especially the researchers' luck of being in the right place at the right time.

Donihue and colleagues didn't merely measure the differences. They took the leaf blower and cranked up the power on different lizards, recording it all with a high-speed camera.

"These lizards are very impressive for their clinging in the high winds," Donihue said.