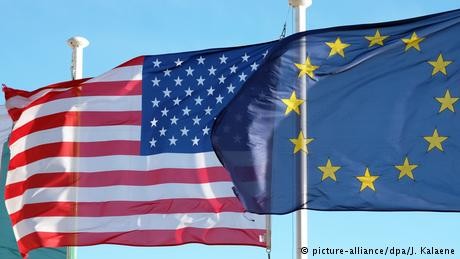 The European Union said on Wednesday that it is preparing to retaliate against the United States if President Donald Trump places duties on cars and auto parts that are imported from Europe.

EU Trade Commissioner Cecilia Malmstrom said she hopes Trump and European Commission President Jean-Claude Juncker will be able to come to an agreement to avoid the car tariffs, but that the EU is readying its own tariffs worth $20 billion (€17 billion).

"We hope that it doesn't come to that and that we can find a solution. If not, the EU Commission is preparing a rather long list of many American goods. It would be around $20 billion," Malmstrom told Swedish newspaper Dagens Nyheter.

She said that the next round of retaliatory EU tariffs could include agricultural products, machinery and high-tech products, but that they would not target specific US states.

Malmstrom is joining Juncker in Washington where he will meet with Trump on Wednesday.

Any formal proposal from the EU with exact details on the products targeted would only come after the US Commerce Department completes its investigation into whether importing European cars threatens national security.

The deadline for the report is February 2019, but it's now expected to be released in late August or early September this year.

'America is bigger than the White House'

The result of the talks in Washington is being watched particularly closely by Germany, who is the largest EU exporter of cars to the US.

"For me, the US is not an adversary but rather our most important partner and ally outside the EU," Maas wrote on Twitter.

"America is bigger than the White House. Trump won't change that — he can tweet as much as he wants," he added.

Trump has repeatedly criticized the EU for what he views as unfair trade practices and also recently called the bloc a "foe."