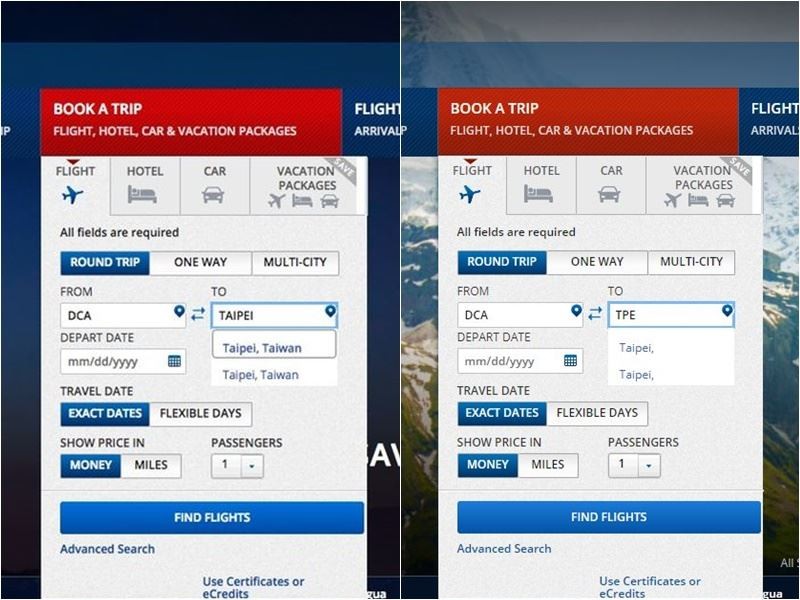 China started a campaign last April to demand all foreign airlines no longer refer to Taiwan as a separate country on their public websites. It set the deadline of July 25 for all airlines to comply, and recently even named six airlines which looked likely to face sanctions. However, on Wednesday, the last airlines, including Hong Kong-based Cathay Pacific and three companies in the U.S., all complied, reports said.

After American Airlines gave in, Delta Air Lines looked like it was still standing by Taiwan, but on Wednesday afternoon, CNA reported that the name of the island country had disappeared from its destination menus. Instead of “TAIPEI” and “Taipei, Taiwan,” the new menus mentioned “TPE” and “Taipei,” with no further name behind the comma.

United Airlines was the last airline in the U.S. to change its references to Taiwan, after 3 p.m. Wednesday Taiwan time, CNA reported. Earlier, Hawaiian Airlines reportedly referred to the capital of Taiwan as “Taipei, Taipei.”

Some airlines simultaneously also removed the name "China" or the abbreviation "CN" from destinations in China, while Cathay Pacific followed Beijing's instructions all the way by writing "Taipei, China," reports said.