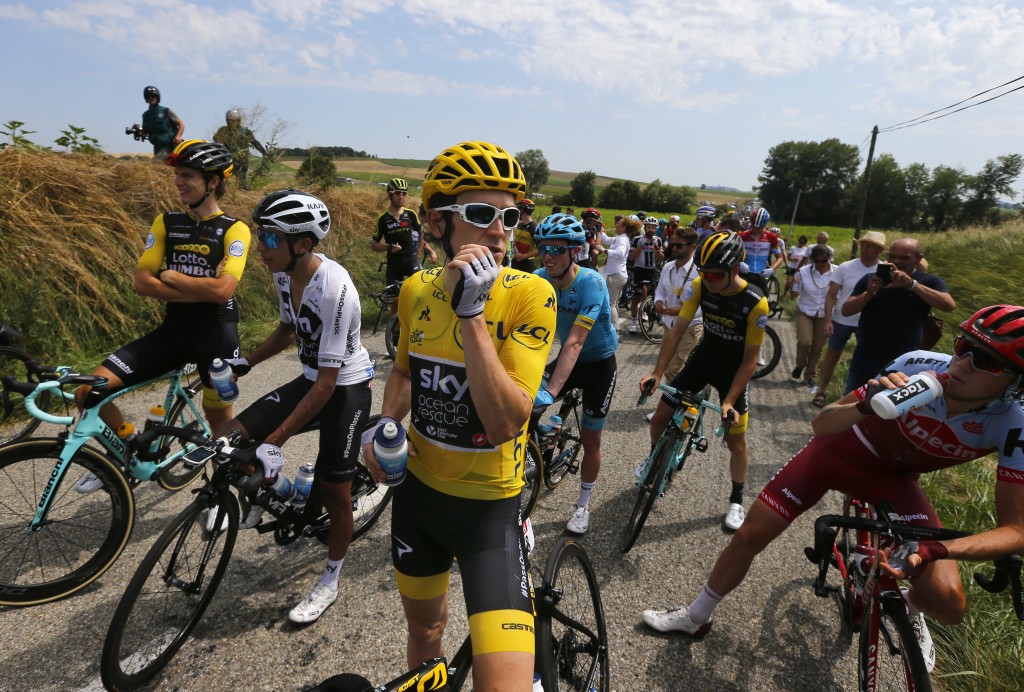 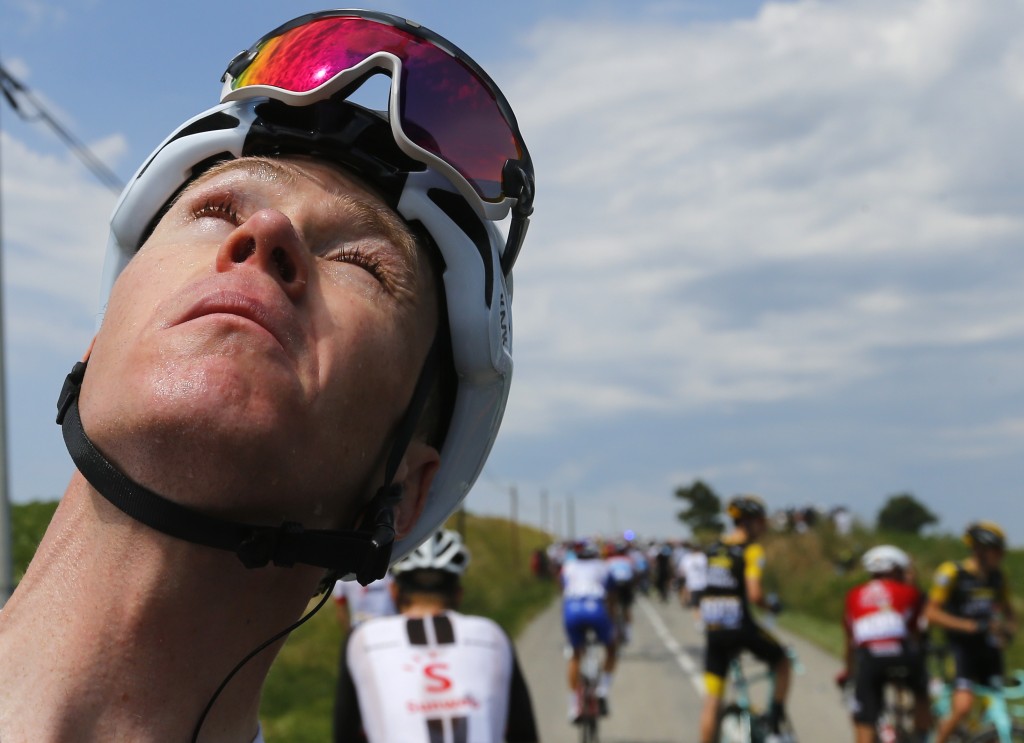 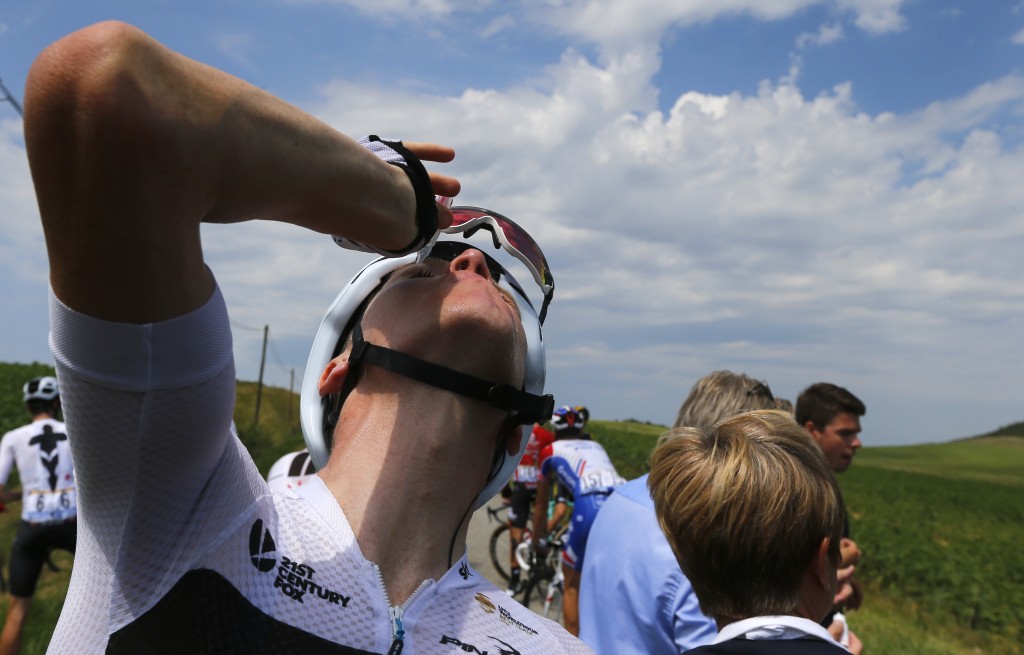 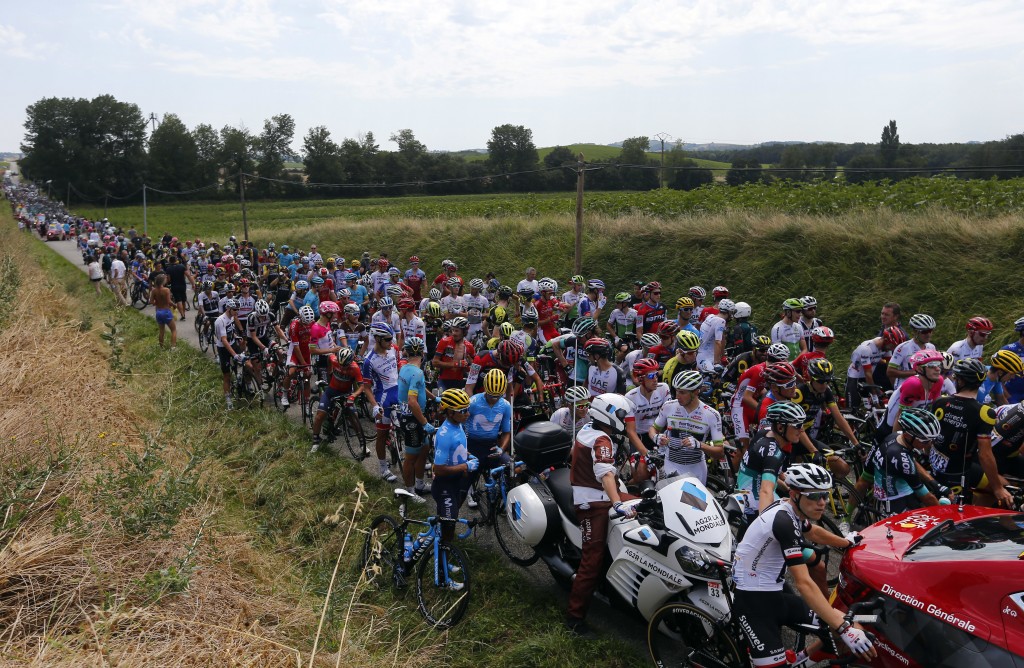 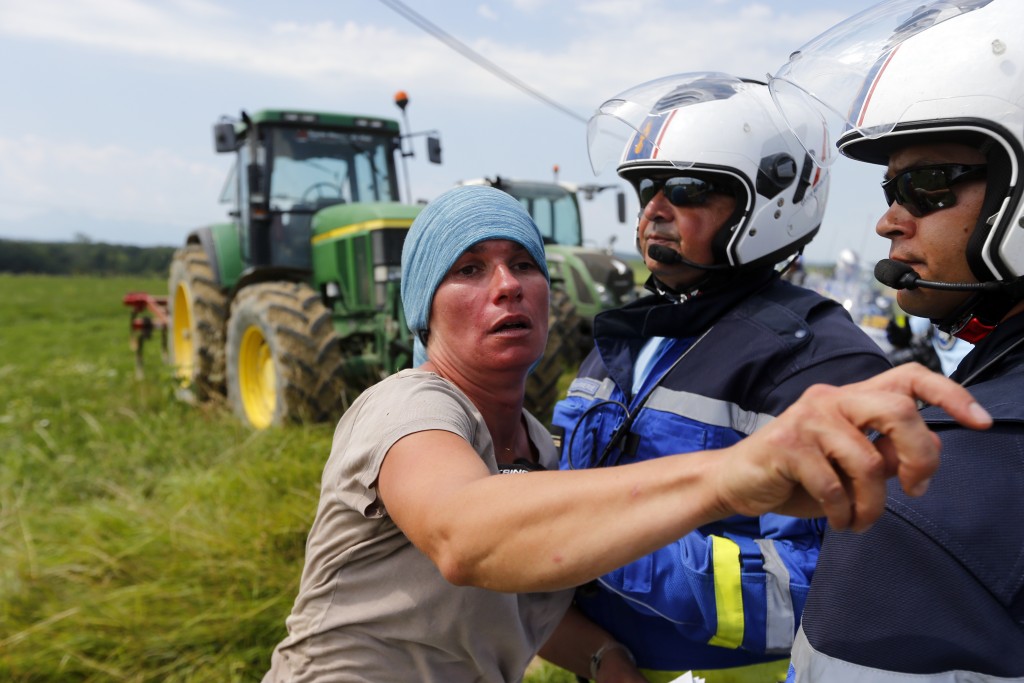 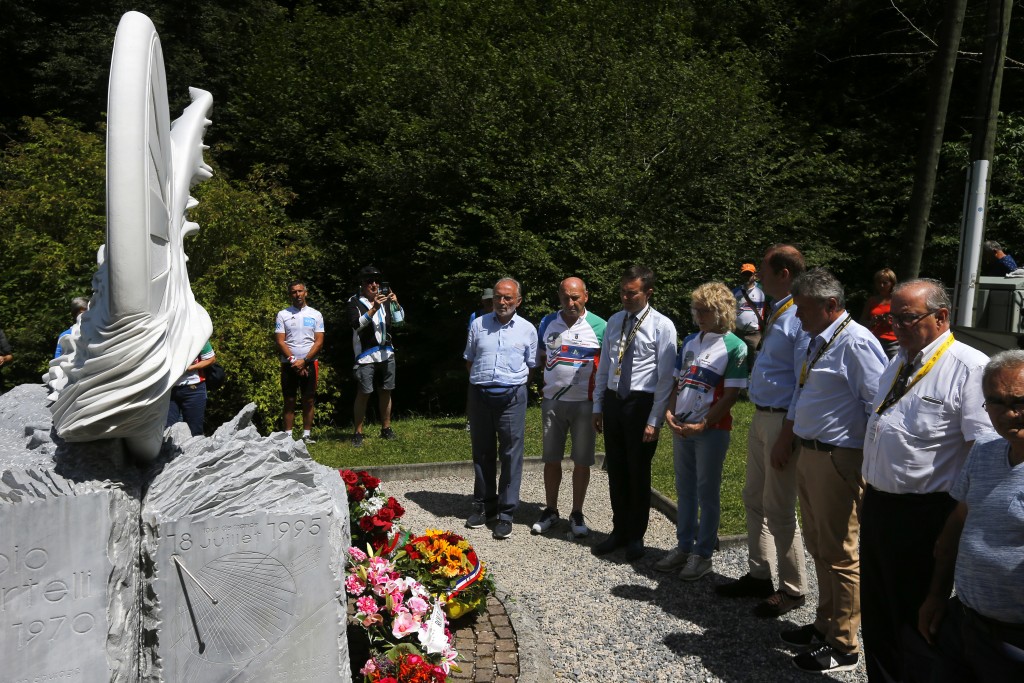 BAGNERES-DE-LUCHON, France (AP) — Julian Alaphilippe took advantage of his downhill skills to win the wild 16th stage of the Tour de France on Tuesday, which was briefly interrupted when police used tear gas to disperse a farmers' protest that had blocked the road with bales of hay.

Geraint Thomas in the yellow jersey, second-placed Chris Froome and the other riders atop the overall standings trailed about 10 minutes behind and had still to finish.

Alaphillipe took the lead when Adam Yates crashed on a technical descent in the finale.

Belgian rider Philippe Gilbert crashed earlier in the stage while in the lead, hitting a wall and flipping off his bike but avoiding major injury.

A Frenchman, Alaphilippe also won the 10th stage and is wearing the polka-dot jersey of the mountains classification leader.

The farmers' protest occurred 30 kilometers into the 218-kilometer (135-mile) leg from Carcassonne to Bagneres De-Luchon.

Thomas, Froome, world champion Peter Sagan and other riders were treated with eye drops due to the tear gas amid a 15-minute delay.

The small group of farmers from the Ariege department were protesting the reduction of European Union funding, French media reported.