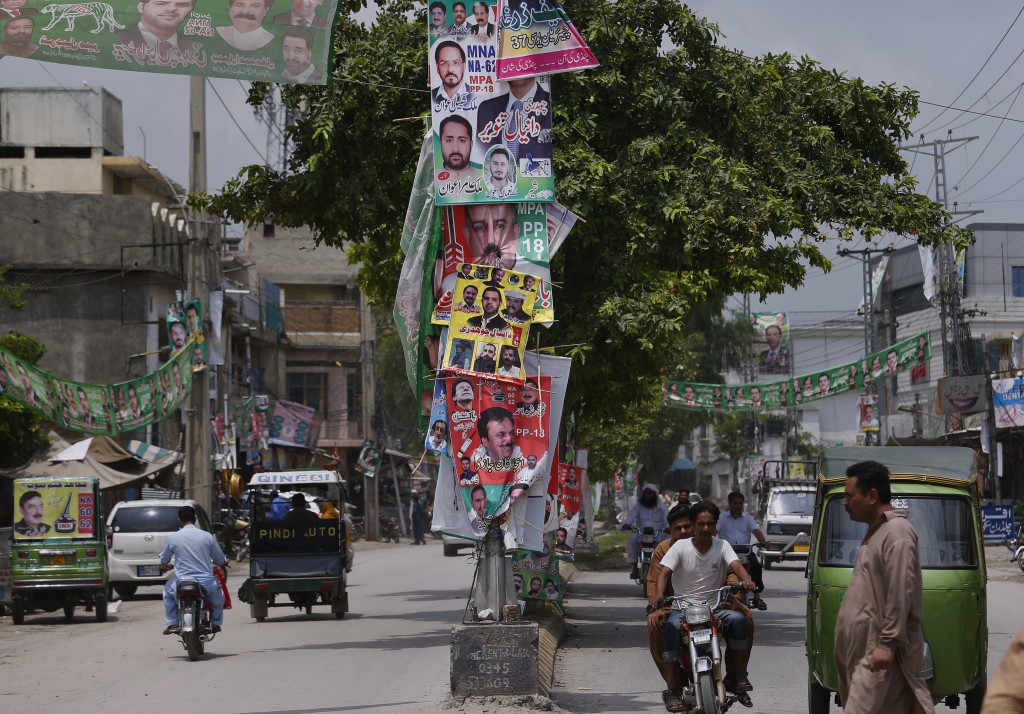 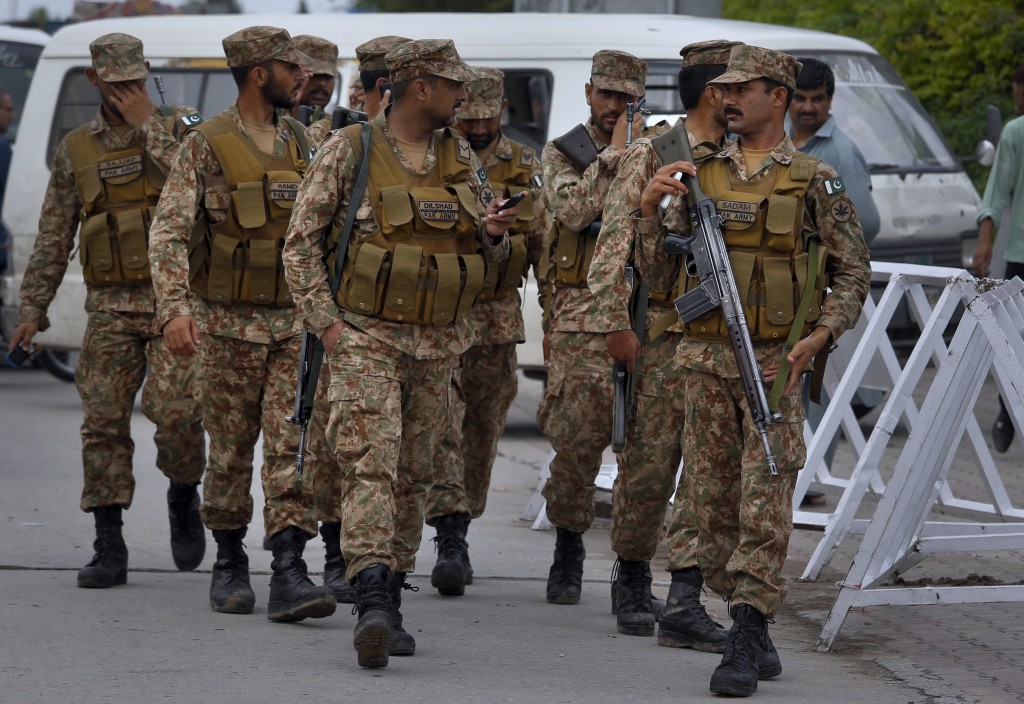 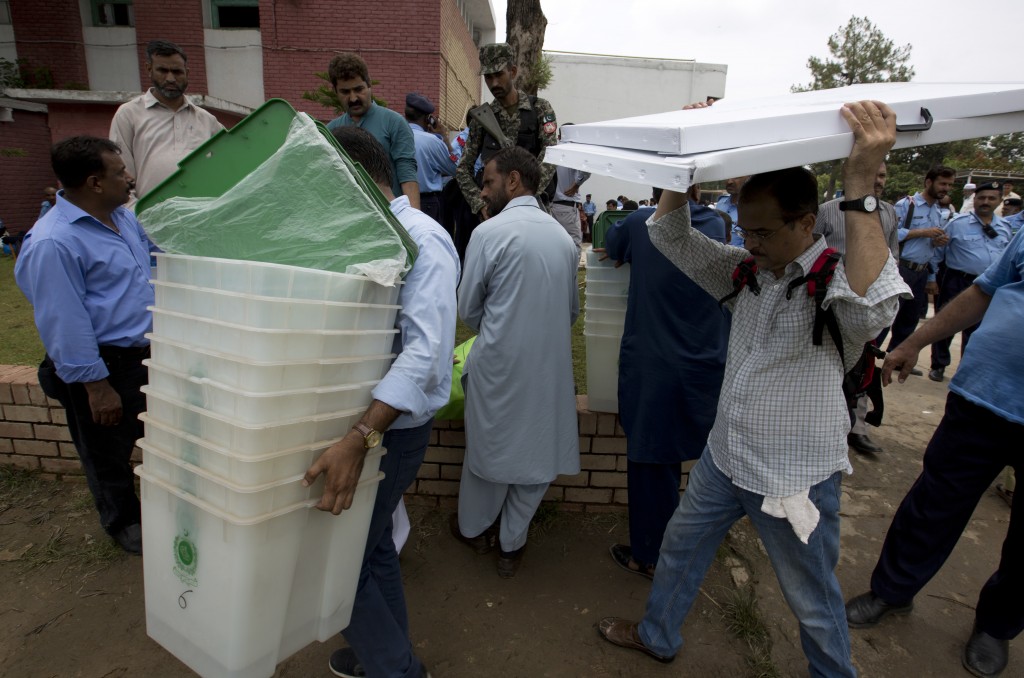 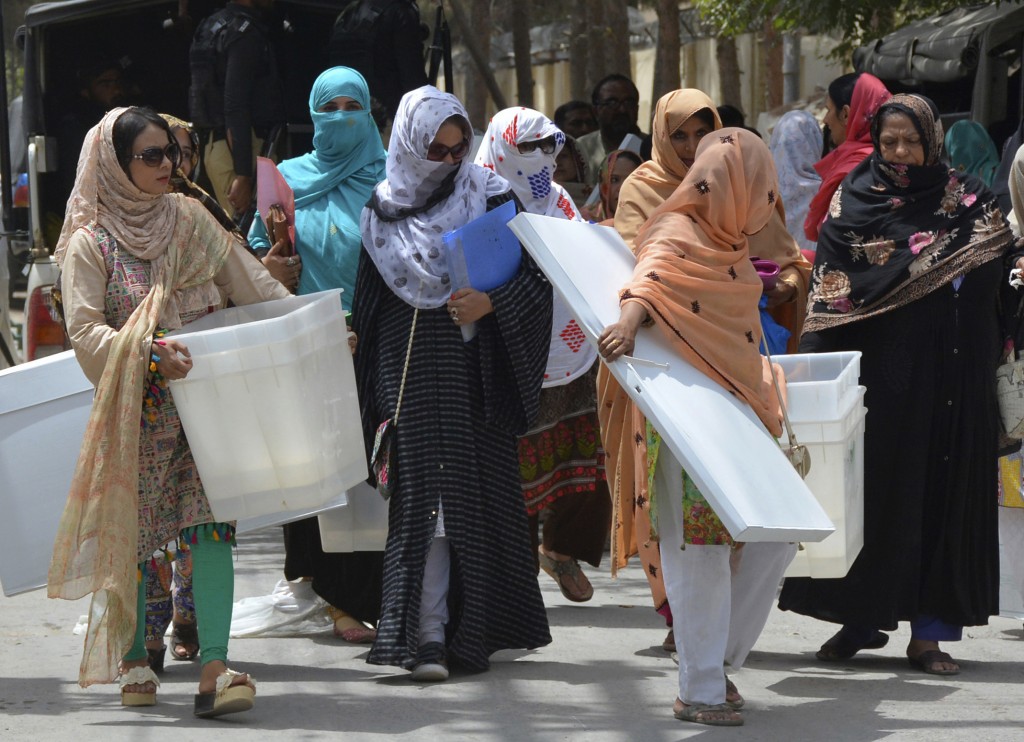 ISLAMABAD (AP) — Pakistanis are to vote on Wednesday in the third consecutive general elections in their nation's 71-year-long history to take place without political upheaval, a crisis or a military intervention.

Four military governments had ruled Pakistan for almost half of its existence and in its young democracy, no civilian prime minister has ever completed a full, five-year term in office without some sort of crisis. In some cases, parliaments were dissolved, a prime minister was ousted or replaced, the military staged a coup or early elections were forced.

Here is a timeline encompassing major political and other events in Pakistan's history:

__Aug. 14, 1947: Pakistan emerges as a sovereign state after getting independence when the departing British left India and split the subcontinent;

__Oct. 16, 1951: Pakistan first prime minister, Liaquat Ali Khan, is assassinated in a gun attack at a rally in the city of Rawalpind, triggering political instability;

__Oct. 27, 1958: Ayub forces the president to step down; Mirza is sent to exile in Britain where he later dies; Ayub declared himself president;

__April 4, 1979: Bhutto is hanged after the Supreme Court upholds death sentence on charges of conspiracy to murder and Gen. Zia rejects a mercy petition; Bhutto's daughter, Benazir Bhutto, takes up her father's legacy;

__Aug. 6, 1990: Benazir Bhutto's government is dismissed amid charges of corruption and mismanagement;

__Oct. 6, 1993: Bhutto is voted back into power after mass demonstrations lead to the early dismissal of her 1990 successor, Sharif;

__Nov. 5, 1996: Bhutto's government is again dismissed amid renewed charges of corruption and incompetence raised by her party's leader, Farooq Leghari;

__Oct. 12, 1999: Army chief Gen. Pervez Musharraf ousts Sharif's government in a bloodless coup after Sharif fails in his attempt to sack the army chief. Sharif is sent into exile after a court convicts him of conspiracy against Musharraf;

__Oct. 5, 2007: Musharraf issues a controversial national reconciliation law after striking a deal with Bhutto that paves way for elections later in the year and the return home of both Bhutto and Sharif;

__Dec. 27, 2007: Bhutto is assassinated in a gun-and-bomb attack after addressing an election rally in Rawalpindi;

__Aug. 18 2008: Musharraf resigns from his post as president under pressure;

__May 2, 2011: Osama bin Laden is killed in a U.S. Navy SEALs raid in the army garrison town of Abbottabad;

__June 19, 2012: Supreme Court disqualifies Gilani as prime minister for not complying with a court order to request a Swiss court reopen corruption cases against Zardari;

__ July 28, 2017: Sharif is disqualified from office by the Supreme Court on corruption charges stemming from so-called leaked Panama papers;

__May 31: Abbasi's government completes its term in office and elections are scheduled for July 25;

__July 6: Anti-graft tribunal convicts Sharif in absentia and sentences him to 10 years in prison, his daughter and son in-law are sentenced to lesser term;

__July 13: Sharif returns home from London where his ailing wife is in hospital; he and his daughter are arrested after landing and taken to a jail in Rawalpindi.