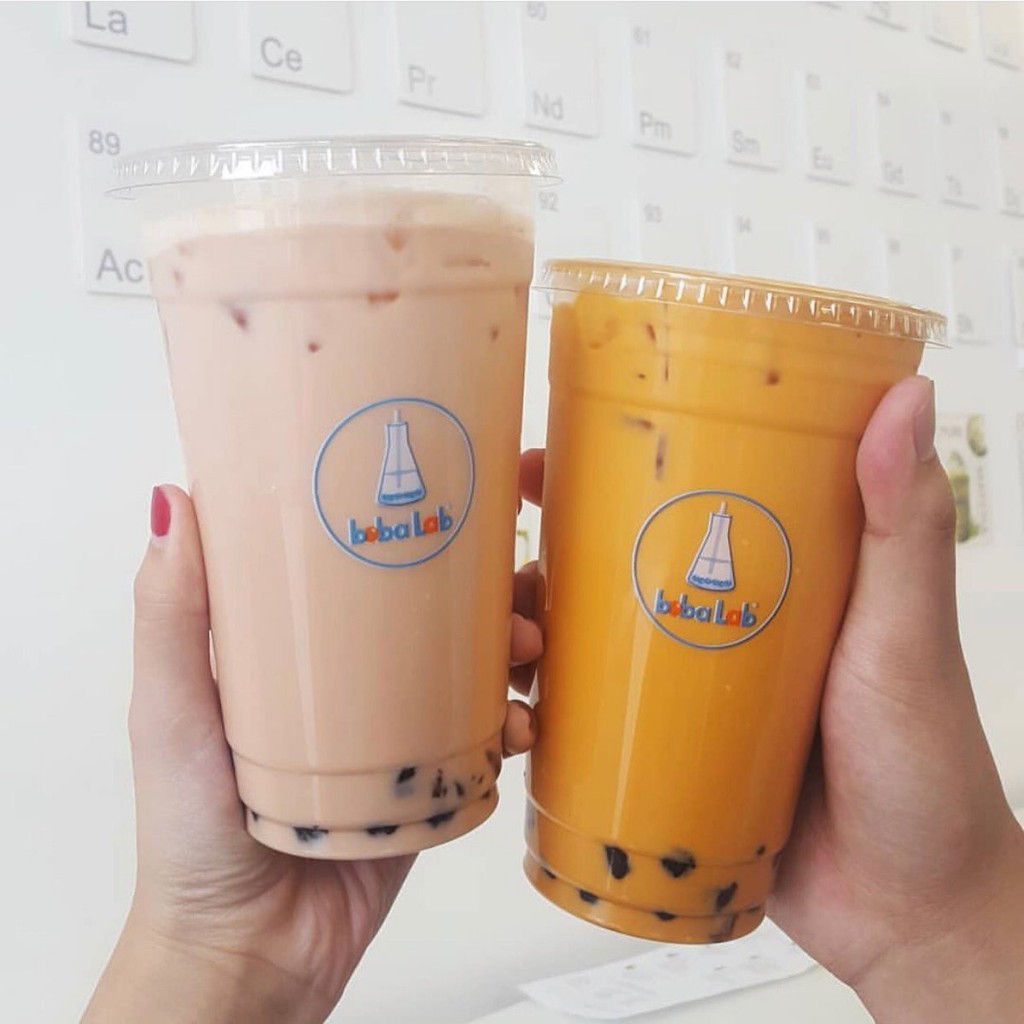 Bubble Tea is one of the must-have Taiwanese delicacies for every visitor to Taiwan. But it is also rapidly becoming one of Taiwan’s best-known exports. Alright, it is some way of challenging the semiconductor in terms of economic impact, but awareness of Taiwanese Bubble Tea around the world is growing rapidly.

Last week, Chatime announced the opening of a new store inside the world famous Louvre in Paris. This is the latest in a series of Chatime outlets that have opened all over the world.

But they are far from the only peddlers of Bubble Tea outside Taiwan. And to celebrate the growing global recognition of Taiwan’s delicious national beverage, we have compiled a rundown of some of the most impressive places around the world where you can enjoy a bubble tea. If we’ve missed out your favorite, why not share it with us on our Facebook and Twitter pages? Bubbleology was the first Bubble Tea shop to open in London and, while there are now plenty around the city center, it remains one of the most popular and recognizable. As well as their Soho headquarters, you can also now sip a Bubble Tea from Bubbleology in the famous Harvey Nicholls Department Store in Kensington, on Oxford Street, at the colossal Westfield Shopping Centre in Stratford, and in trendy Notting Hill There are a few Bubble Tea shops in LA, but few can match Boba Lab in Santa Monica. Located just a stone’s throw from the famous Venice Beach, this dessert shop offers a great range of bubble tea and also does a cracking shaved ice, as well as coffee, waffles and other desserts. They use all-natural ingredients and are pretty reasonably priced too. Simply called The Bubble Tea Company, like so many this business started because someone visited Taiwan and fell in love with Bubble Tea. There are now four Bubble Tea Company stores across Cape Town and they supply their tea to other business across South Africa. Their stores at the V&A Waterfront and Jeffrey’s Bay Beach are both in close proximity to some of Cape Town’s biggest attractions. From South Africa to the frozen north and the city of Tromsø, deep in the Arctic Circle and the most northerly city in Norway. Here, you can head to Jungle Bubble Tea to taste Taiwan’s favorite drink while taking in the northern lights or in between cruises around the fjords. It is located in the Jekta Shopping Mall in the city and is far from the only Bubble Tea shop in Norway, which seems to be developing quite a taste for it. Athens is the home of modern civilization where democracy and philosophy first cut its teeth. And in the midst of the ancient relics of the Parthenon and the Zappeion sits the Bubbletale Tea Bar. Started in 2013, this Greek success story now boasts 12 stores across the country. The first, and arguably still the best, sits right in the heart of downtown Athens and offers traditional bubble teas as well as a few modern twists on the theme involving chocolate, coffee, and even bubble cocktails. If Athens is the cradle of the modern world then even they have to look to Egypt for where civilization really took off. And yes, you can even seek out a Bubble Tea there. In the Zamalek region of downtown Cairo, sat on Gezira Island in the middle of the Nile River sits Bubblicious. It is a restaurant offering a range of western and Egyptian meals and snacks, but their all-important range of bubble teas, including milk and fruit teas plus variations involving slush and yogurt, is what this place is best known for. And rightly so! Bubble Tea shops are in plentiful supply in the Big Apple these days. Well, it is perhaps the most cosmopolitan city in the world. But it must be said that some are a lot better than others. The pick of the bunch is probably ViVi Bubble Teas, which offers Bubble Milk and Fruit teas as well as some more unusual and colorful combinations. There are almost 30 ViVi stores across New York (and several more dotted around the US) so there is no excuse not to seek one out and enjoy. If pushed, the China Town branch is probably our top recommendation. From North to South America and Brazil, where in Rio de Janiero, you can find the wonderfully named BubbleKill tea shops. Bubble Kill offers a range of bubble teas based on black or green tea, milk, and even Yakult. To that, you can add your own choice of fruit and a range of bubbles or other jellies. Most of their stores across Brazil are located in shopping centers, with our recommendation being the Tijuca branch, which is close to the famous Maracanã Stadium and not too far from Visitors to the birthplace of William Shakespeare might expect to find English cream teas rather than Bubble tea. But, just around the corner from the house where the finest English language of all time was born, sits Zoo Sushi and Bubble Tea. It’s is located down a pedestrianized alley, so you need to be on foot t0 find it, but the reward is an excellent little restaurant which serves up decent sushi, bento boxes, noodles, and, of course, a decent range of traditional Bubble Teas. It’s the perfect refreshment stop after a morning of heavy culture and many of the Asian tourists to Stratford will make a stop here, and a fair few locals too. The final stop on this world tour of Bubble Tea takes us to the Middle East and Dubai, one of the most decadent and commercialist places on earth. And of course, Bubble Tea has found a place there too. There are a number of places you can choose, but our recommendation is Café Bubble Concept. Situated in the Jumeirah area of the city, close to the coast, this café and shisha lounge allows visitors to create their own bubble tea concoctions from a huge range of options.