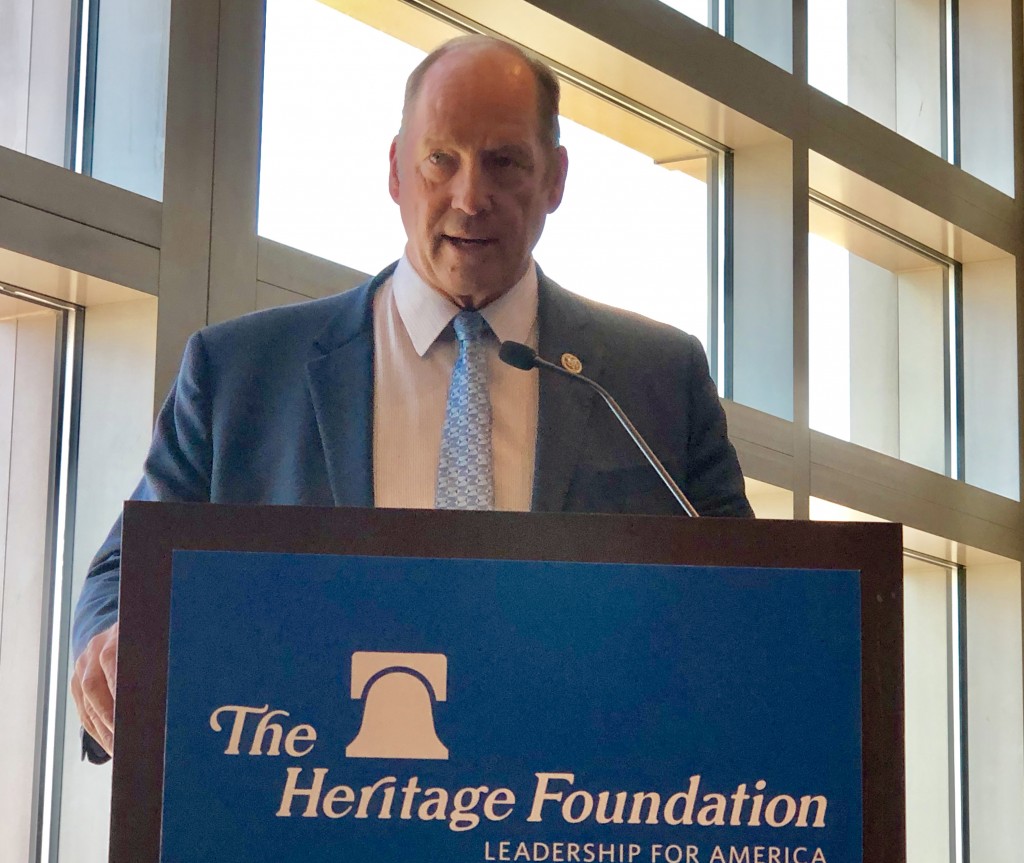 TAIPEI (Taiwan News) – Senior Republican Party Congressman Ted Yoho said that Taiwan is an important partner of the U.S. and exemplar of human rights in the region, facing an increasingly assertive China and potential cross-strait crisis during a speech at the "Opportunities and Challenges of Cross-Strait Relations" seminar at the Heritage Foundation in Washington on July 18.

"Unless massive changes take place on the mainland, the only solution that guarantees Taiwan's continued existence is One China, One Taiwan." said Yoho according to a transcript of his speech.

Yoho pledged his intension to not allow Chinese President Xi Jinping to turn Taiwan into a territory of China, in the same way as Hong Kong has become.

Yoho who represents Florida's third district, is the Chairman of the Subcommittee on Asia and the Pacific, House Committee on Foreign Affairs.

Yoho began his address by saying that Taiwan is "an exemplar of democracy and human rights in a region short on both" and that many people in Congress feel that the Taiwan Strait is heading for "reckoning" due to China's increasing power and aggression.

Yoho feels that despite the cross-strait status quo serving all relevant parties for some time, Taiwan is "still an unresolved question, and Xi Jinping intends to provide an answer."

The senior Congressman is worried that the U.S. is establishing a norm of actively avoiding awkward exchanges with Beijing which in the process marginalize Taiwan. To resolve this, Yoho provides a range of recommendations.

Yoho begins by recommending Congress to "stop self-inflicted wounds to U.S. Taiwan policy" such as the mysterious disappearance of Taiwan's flag from the State Department's website in January 2018. He goes on to recommend that the U.S. should do everything it can, within the existing legal framework to support Taiwan "as an independent political entity and a legitimate democratic government."

Yoho concludes by saying that he hopes for a resolution to the cross-strait question that benefits Taiwan through good policies from Washington and stringent deterrence by the U.S. military.

During the same event, Randall Schriver, Assistant Secretary of Defense for Asian and Pacific Security Affairs said that Taiwan is a partner in the U.S.'s Indo-Pacific strategy.

The seminar was a joint event put on by the Heritage Foundation and the Taiwan Foundation for Democracy.