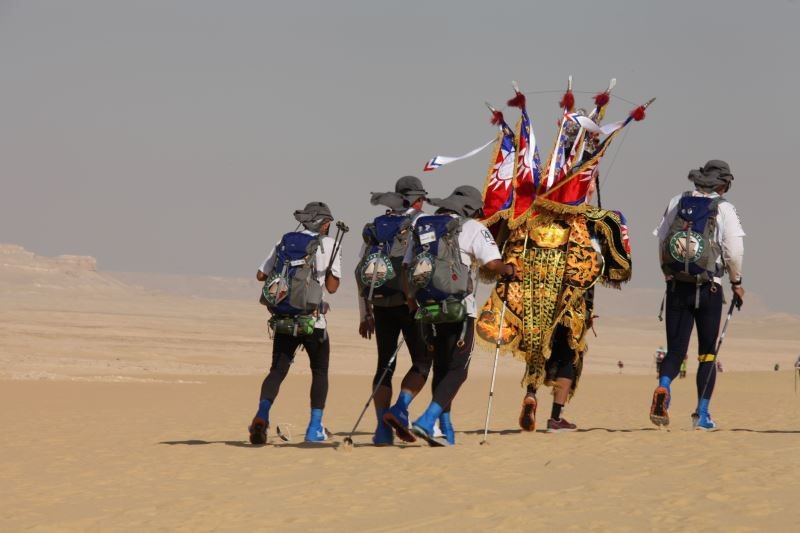 An exhibition exploring folk religious customs will kick off July 21 at the Taiwan Academy in Los Angeles as part of government efforts to foster international awareness of the nation’s cultural heritage.

Set to run through Sept. 22 at the Ministry of Culture-overseen facility, “Tradition in Near Future: Ritual Corporeality in Contemporary Taiwanese Arts” highlights the artistic impact of folk religious customs through a variety of film, photography and music works.

The opening of the event will feature a performance of “zhen tou,” meaning “leader of the parade in a temple festival,” by U.S.-based STC Foundation as well as a panel discussion hosted by curator Chang I-wen and Yu Cheng-chieh, a professor of arts and culture at the University of California, Los Angeles.

Exhibits include a 1980 short film by acclaimed photographer Chang Chao-tang documenting the Welcoming Wangye Deities Ceremony, or Welcoming the King Lord Ceremony, in southern Taiwan’s Tainan City. The custom, which traces its origins to the Qing dynasty (1644-1911) and aims to ward off disease, concludes with the burning of a large boat on piles of joss paper.

The photography section charts Chio-Tian Folk Drums and Arts Troupe’s participation in an ultramarathon across the Sahara Desert in 2011. Members of the group took turns carrying a 10-kilogram statue of Nazha, a Taoist deity commonly known as San Tai Zi, or the Third Prince, during the 254-kilometer race to spotlight Taiwan’s religious culture.

Also featured in the event are clips of modern dance shows inspired by folk rituals. These include videos of “New Paradise of Silent Island” by Meimage Dance, “Mirrors de Vie” by Legend Lin Dance Theatre and “The End of the Rainbow” by Mauvais Chausson Dance Theatre.

Another highlight is a presentation of the song and accompanying music video “Sacrifice to Welcome the Gods” by The Chairman, winner of Best Musical Group at the 2006 and 2018 Golden Melody Awards, Taiwan’s equivalent of the Grammys. The video centers on the Mazu pilgrimage, a large-scale event staged annually in central and southern Taiwan to celebrate the birthday of the goddess of the sea.